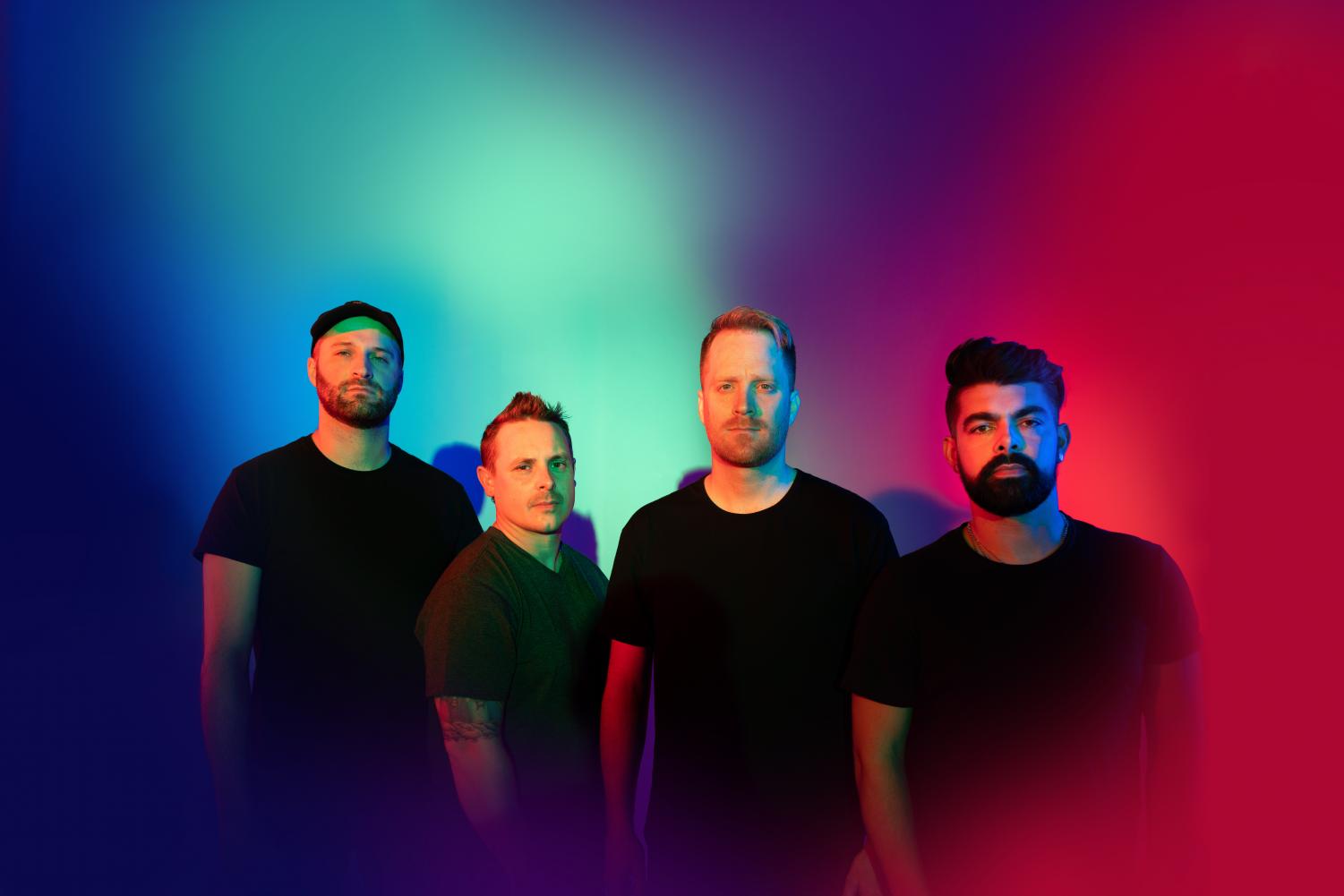 The Classic Crime talk ‘Patterns in the Static,’ importance of perspective

There’s something inherently sincere about The Classic Crime’s approach to music. The Seattle rockers aren’t flashy or over-the-top with their efforts. They don’t lust after attention or abandon their identity when it’s commercially convenient. They’re unburdened by vulnerability, inviting listeners into the most jarring depths of their collective subconscious.

Perhaps that’s why Patterns in the Static feels like a narration of vocalist Matt MacDonald’s life. The band’s sixth studio album, MacDonald’s fondest memories subtly resurface throughout the 12-song collection, a wistful yearning for the simplicity of a past occupied by an ever-fleeting version of his formative self.

And while the nostalgia isn’t a dismissal of life’s current gifts–MacDonald is now a loving father and husband who collaborates with his wife Kristie in the Vocal Few–the theme is interpretable as a longing for days when dreams remained unfulfilled. In an interview with the NEIU Independent, MacDonald recalls The Classic Crime when the band was still in its embryonic stages, a group of eager kids capable of shattering their own expectations.

“I miss the confidence of just knowing, even though it wasn’t true, that I was doing the coolest thing ever,” laughed MacDonald. “Like when we used to write a new song, I was always just blown away by it. It was new and just me. Just an expression of me.”

Instrumental modesty complements the album’s aching for a simpler time. Each slide and chord progression is purposeful, a supplemental backdrop to the theme’s center stage. The harmonious relationship between instrumentals and subject matter allows the latter to thrive atop the former.

However, the readily apparent camaraderie hints at a more somber reality, an actuality that saw the competitive jockeying of yesteryear’s The Classic Crime concede to contentedness and what MacDonald describes as “plateauing” musicianship.

Nevertheless, as Patterns in the Static seduces listeners with the comfort of regretful reminiscence, The Classic Crimes snaps its audience back to reality with “Destroy Create,” where MacDonald pointedly illustrates the parasitic relationship between success and dependence. And like all parasites–in this case, the indefinite pursuit of upward mobility–the relationship must be terminated before the impacted burns too many bridges for the sake of manufacturing superficial happiness. 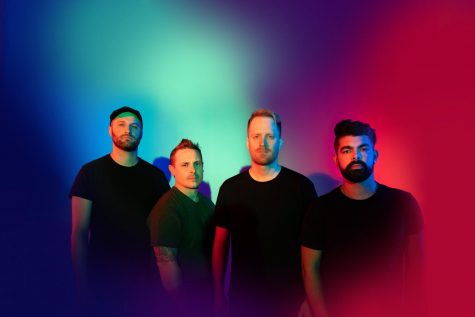 “Suffering, self-destruction and I guess the archetype of the tortured artist ultimately can feed music, it can feed a song,” said MacDonald, referencing the undercurrents of “Destroy Create.”

MacDonald continued: “It can give words and context to emotions,melodies and the extreme emotions

of feeling desperate and of not wanting to exist. Trying to stop the incessant neuroticism of thinking about the project–the obsession and trying to numb it with Netflix, alcohol and whatever else people numb it with. There were periods on this record where I was definitely going to bed at three or four in the morning with a ton of alcohol in my system trying to black myself out so I can get sleep. I think ‘Destroy Create’ is the embodiment of that emotion.”

According to MacDonald, the name Patterns in the Static derives from both metaphorical and literal meaning stemming from the artistic resurgence born from the mundane. Suffering from creative entropy, MacDonald discovered inspiration from cognitive redundancy, extracting purpose from mindless repetition.

Says MacDonald, “There’s the experience of hearing static and our meaning-making minds as humans start to derive patterns out of that static…You know, static is kind of a meaningless chaos and patterns are order. And just how the creative effort or pursuit is about pulling order out of chaos, when dealing and processing different strong emotions, a song will kind of materialize out of it.”

Despite a five-year hiatus between 2012’s Phoenix and 2017’s How to Be Human, The Classic Crime community remains intimately involved in the band’s musical endeavors. The Seattle rockers funded their last three albums through Kickstarter, a crowdsourcing app that “helps bring creative projects to life.” Requesting $30,000 dollars to fund the production of Patterns in the Static, The Classic Crime community responded by pledging 322% of the initial request, reaching the $30,000 goal in just over five hours.

MacDonald recognizes the impact nostalgia holds on his music-making processes. While MacDonald expressed bewildered gratitude toward The Classic Crime community’s response to the band’s Kickstarter efforts, MacDonald states that the music scoring our natural maturation processes remains embedded in our hearts.

Nevertheless, while producing Patterns in the Static, the exhilaration of current triumphs competed with an understanding that the present is painfully finite. “I was feeling this experience of having these beautiful experiences of the present moment being that it’s the only thing that’s real,” said MacDonald. “The past is a memory and the future is some plan, story or anxiety.”

Despite the draw of yesterday’s anthems, MacDonald emphasizes the importance of augmenting his musical parameters, which he achieved by embracing foreign elements.

“I tried to push out a little bit on the production ends using samples for some of the more pop anthem songs,” explained MacDonald. “[We] used more synth, which is something we’ve never done. So just dabbling in adding a few colors to The Classic Crime palette.

“I’m really happy with the way it turned out–it was scary. I can deal with guitars, bass, drums–that’s something I know. I can dabble with piano and acoustic guitars. But saw waves, synth and drum samples that aren’t played by a drummer, that stuff is out of my comfort zone and I tried to push out into that realm.”

MacDonald admits he won’t write what he describes as the “radio hit.” However, he expects his lyricism to resonate with those who cherish storytelling.  “I know when I was a teenager, the songs that made up sophomore, junior and senior year of high school are some of the songs that are attached to memories of transformation and first love,” said MacDonald.

Despite the forfeiture of the team effort underscoring The Classic Crime’s initial efforts, MacDonald continues to flourish in his role as the band’s primary songwriter. Sure, his responsibilities with The Classic Crime coincide with extensive touring for the Vocal Few, but fans of both projects continue to fuel MacDonald’s artistic drive.

“It’s basically on my shoulders to make a new record, to do the crowdfunding, to do the pre-order, to book the tour, to do everything, you know?” explained MacDonald. “But ultimately, every time we do a record, the fans that show up, keep showing up, and it’s just a shot in the arm so to speak. It’s like I can’t not do it.

“There was a period where I was sort of mourning the loss of the group effort, and I think I’ve gotten into more of just being okay with it being my own effort. The dynamic has changed and I’m a lot more happy with it.”

MacDonald acknowledges that the thematic directions of his two projects both compete and complement one another. Where The Classic Crime tends to feature darker, autobiographical narratives, Vocal Few offers a lighter sound. Such a difference manifests itself on “Before I Wake Up,” which interrogates Erving Goffman’s theory of the performed self–”torn between two faces that aren’t mine, the hateful and unreachably divine.”

“It’s all just different palettes,” said MacDonald. “Whatever song I’m writing, I have to decide what’s the best palette to use to paint this picture.”

MacDonald continued: “My efforts with Vocal Few have definitely impacted my confidence in producing The Classic Crime records and my confidence and just skills and songwriting. I’m a lot more confident in those things. I’m a lot less precious about what I make… You have to learn to kill your darlings.”

With that understanding came artistic growth. Incompatible pieces aren’t forced to collaborate, instead organically flourishing alongside one another. Abandoning a subconscious marriage to his ideas, MacDonald invited open criticism from friends in the industry, leading to arguably the band’s strongest effort to date.

On June 27, The Classic Crime begin their tour in support of newly-reformed Scary Kids Scaring Kids. While The Classic Crime never reached the arena-headlining status the band once hoped for, the summer tour operates as a celebration of life beyond the stage.

“Ultimately I got to the edge of the cliff and looked over and saw all the other bands ahead of us jumping off into that lifestyle. I had a taste and I realized I didn’t want it. I ultimately wanted something simpler than life on the road. I wanted to plant roots and I had a wife and I wanted to have kids. I wanted to play on my terms.