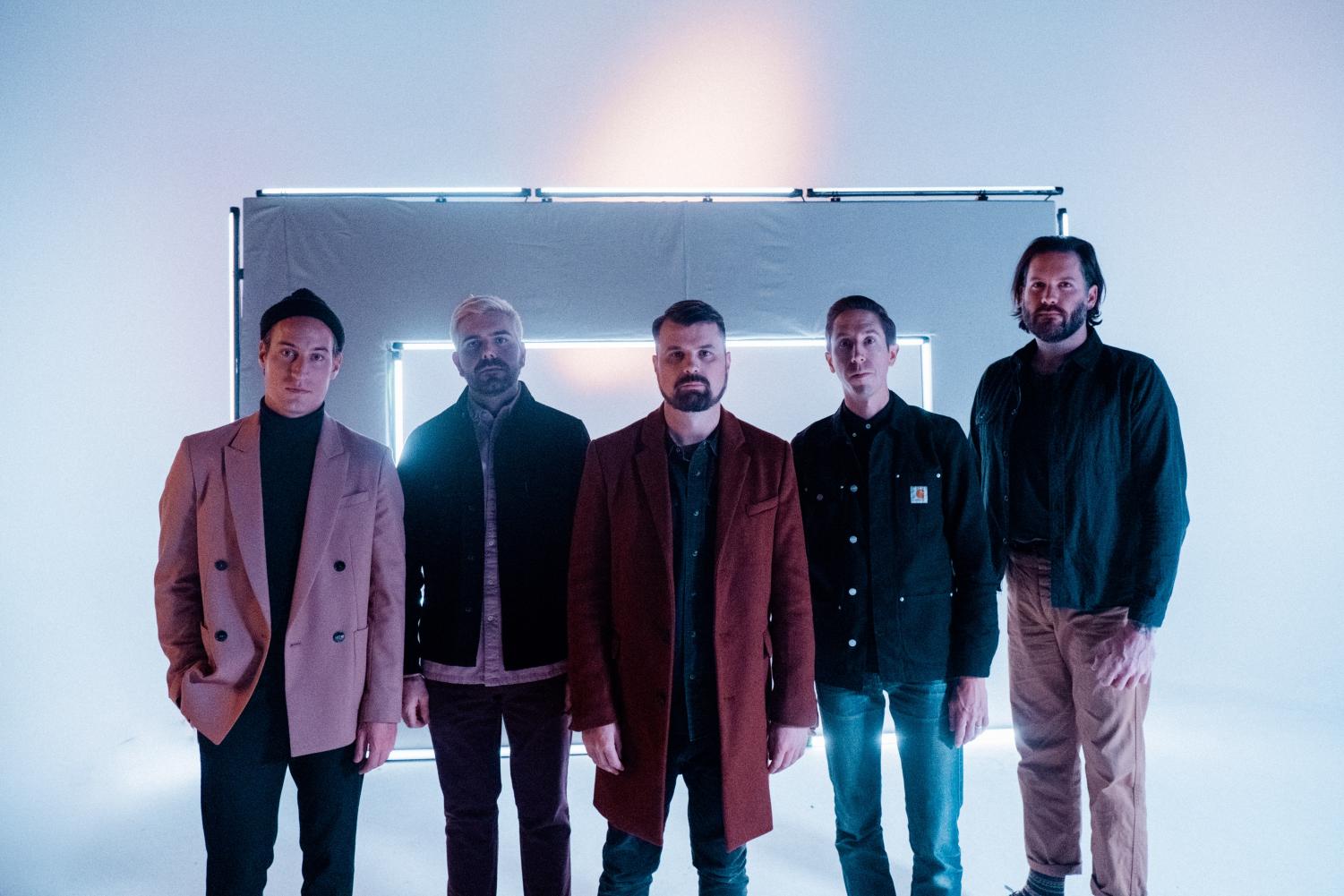 At the turn of the millennium, a group of aspiring Canadian rockers organized to infiltrate the punk rock scene. Twenty years later and Silverstein is celebrating two decades of ear-splitting screams, harrowing lyricism and uninterrupted evolution. That evolution–which vocalist Shane Told credits to the familial bond forged by the members of Silverstein–continues through the band’s ninth studio album and latest release, A Beautiful Place to Drown.

A Beautiful Place to Drown operates as a post-hardcore community effort. Featuring cameos from Beartooth vocalist Caleb Shomo, Underoath vocalist Aaron Gillepsie and Intervals guitarist Aaron Marshall, the album represents the camaraderie that exists within the rock genre. According to Told, the obstacles that usually prevent collaboration–tour obligations, time constraints and record label reservations–were absent during production, allowing the band to include some of their favorite collaborators on this newest effort.

“We asked four or five people and they all said ‘yes,’ said Told. “We only go for our first choice. We write features for a part for a song. And if it’s not there, we don’t try to just find the next person that might be able to do it. Features are very important and they have to be perfect for the song and the part.”

Examining the torments of self-sabotage and interpersonal ambiguity, A Beautiful Place to Drown mirrors Silverstein’s 20-year evolution while also borrowing inspiration from their past successes. According to Told, the band’s evolving musicianship is an organic byproduct of their personal maturation.

“We haven’t cognitively gone into a record and said, ‘It’s going to sound like this’ or ‘It’s going to be super heavy,’” said Told. “The approach has always been that we get together, write some music and what comes out, comes out. As the years go by, things change, you gain more life experience and things do change naturally anyway.”

Told says that Silverstein relaxed their personal and professional parameters while writing A Beautiful Place to Drown. Once opposed to adopting synthetic and electronic elements into their sound, the Canadian rockers abandoned pretense and “broke” their own rules, no longer married to their punk identity. During production, Told says he and his bandmates pondered why they set limitations on their music.

Told references Marshall’s guitar solo in “Bad Habits” as an example of the importance of rock features. While each of Silverstein’s members is a capable guitar player in his own right, Marshall’s blistering guitar solo provides listeners with a new dynamic to appreciate.

“The fact that we’re able to [bring in Marshall] for track one and just bring in a shredder and have him go fucking ham was a lot of fun man,” laughed Told. “This is an exciting way to kick off this record. We’re all guitar players in this band but none of us can play it.”

Benefiting from a stronger understanding of the nuances of songwriting, Silverstein went from gluing together a random assortment of “cool parts” to agonizing over song quality. Despite the band’s commercial success over the past 20 years, Told states that Silverstein’s earlier catalog doesn’t possess the same staying power as their more recent efforts.

While A Beautiful Place to Drown features Told’s galvanic howls, the crescendos feel unforced and organic, an instrument to advance a story rather than a post-hardcore crutch.

“It could really give your songs a burst of energy, but when you really boil it all down, it doesn’t make for the best song and it doesn’t always stand the test of time,” explained Told. “So I think nowadays, we’re really conscious of, ‘Okay, this is how you write a song, this is how people have been writing songs for 100 years. Let’s take that approach.’”

“Infinite,” the album’s lead single, confronts the suffocation of hyperstress and distress. Illustrating the anxiety that accompanies conflicting emotions, Told sings, “My mind’s running away, a mile a minute, can’t shake it off; six feet down buried in my own thoughts.”

Says Told, “I think that’s always very important, especially in the time we’re living. We want to make a statement about politics in places–we can shapeshift. We want to talk about mental health like we do in ‘Infinite.’ And of course, we go through a lot of pain and a lot of relationships, and we have–all of us have–over the pas

“Open your fucking eyes. It’s all around you. If it isn’t happening in your own life, turn on the television, radio or go into a major downtown city and look around and you’re going to see some shit.”

Everything from the album title to the thematic direction of A Beautiful Place to Drown is an immortalization of the present. Told says that each Silverstein effort is a “snapshot” of the social, emotional and political climates of the time when it was written. “I think the title itself is just a great take on where we’re living right now,” said Told. “There’s so much great stuff happening in the world. There really are beautiful things happening like progress and technological progress.”

But Told says our political regression has counteracted progression in other realms. “We’re shooting ourselves in the foot.” Subsequently, Silverstein hopes to channel their musical prowess to confront social retrogression.

On Feb. 28, Silverstein embarked on their 20 Year Anniversary Tour alongside pop-punk rockers Four Year Strong and I The Mighty. Amalgamating the energy of pop-punk with the cataclysm of post-hardcore, the diverse lineup recruits fans of adjacent subgenres to one location. According to Told, the North American leg of the tour will be defined by enhanced production and an extended setlist that will see Silverstein will play three different sets: an acoustic set, a greatest hits set and a playthrough of 2005’s Discovering the Waterfront in its entirety. Told suggests for fans to prepare for close to two hours of Silverstein.

“We’re coming out all guns blazing on this one,” said Told. We really have a long show prepared. We’re bringing out the most production we’ve ever brought. If you’re going to come see us, now is the time.”

The beauty and brotherhood stemming from longevity aren’t lost on Told. Throughout Silverstein’s 20-year tenure, they’ve evolved exponentially as musicians, as evidenced by their willingness to adopt new elements into their sound.

However, Silverstein’s success hasn’t changed their outlook on music. The band members still adhere to the same personal and ethical standards they did as fresh-faced teenagers breaking into the music industry. According to Told, the guys in Silverstein will continue to celebrate their history while keeping an eye out toward the future.

“We all treat our band like family. Not just members of the band but also people that work for us. We’re making songs and we’re pouring our heart out into music. [It’s music] that our fans–it’s very important to them and it means something to them. It did, it does and it will. I think that’s why people still give a shit about our music after 20 years.”