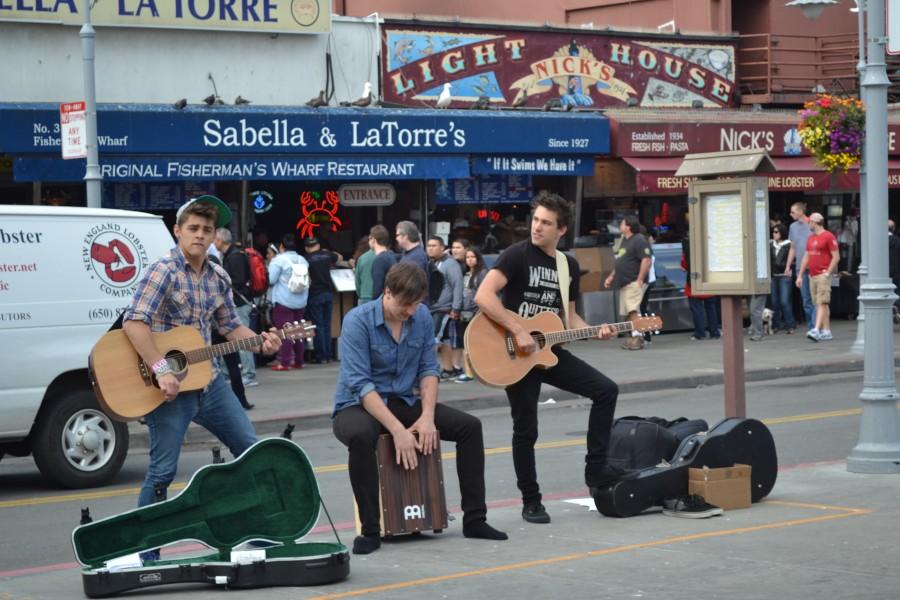 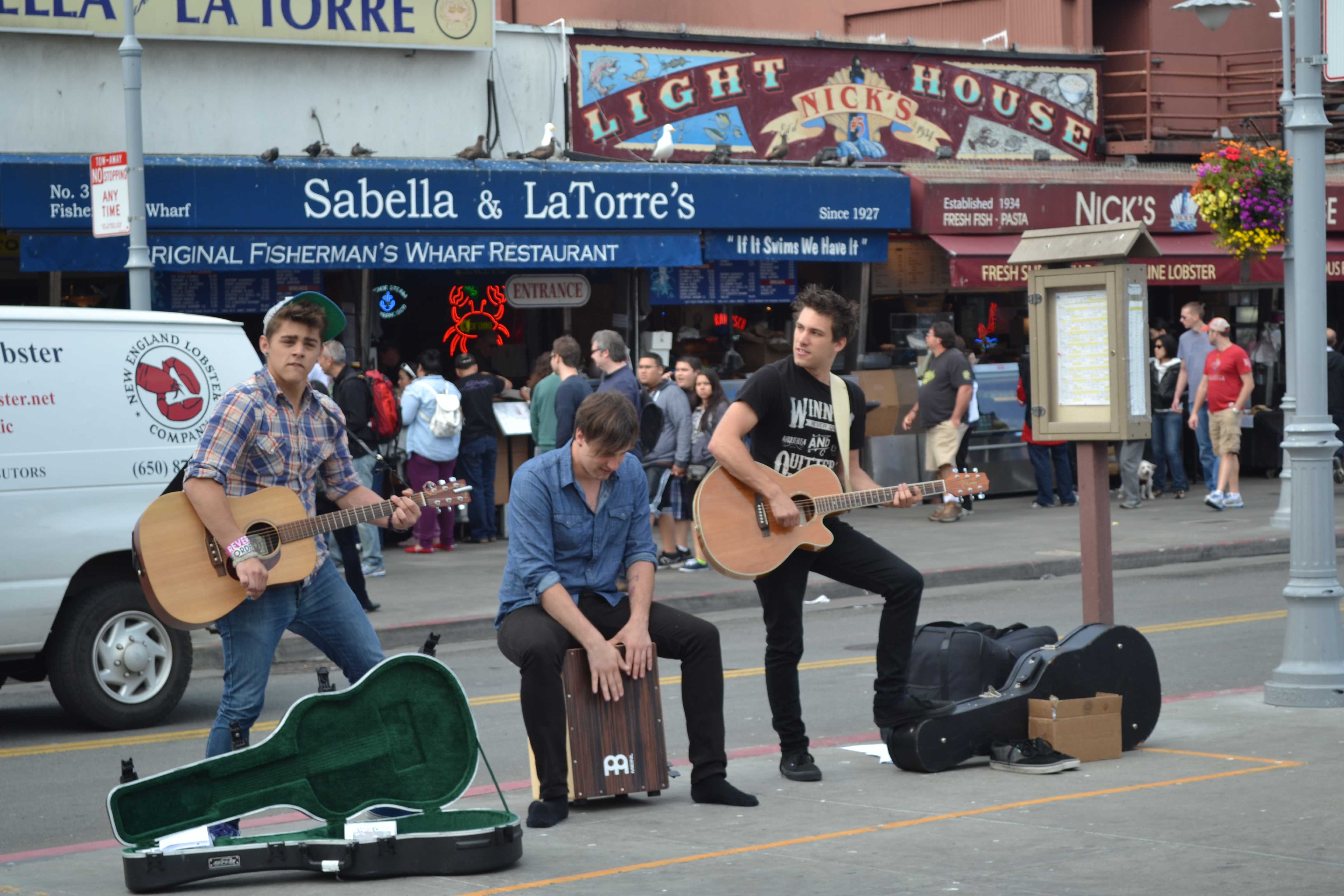 The view of the golden gate bridge, boats on the water and bakeries making sour dough bread shaped like animals are among the sights to see at Fisherman’s Warf in San Francisco, California. Fisherman’s Warf, or just The Warf, also has street performers that help to add color to the area. One group in particular that can be seen playing at the Warf is Reverse Order, a band from New Jersey.
After competing on the show America’s Got Talent in 2012, Reverse Order is still working to make a name for themselves in the music industry. At first glance, the clean cut, baby-faced group members seem to mesh well with the prototype of the current One Direction, Justin Beiber pretty boy craze.
However, while performing in the Warf, the band showcased their chops when it came to creating acoustic arrangements for top 40 pop songs such as Usher’s “Dj’s Got Us Falling in Love Again.” The band also had strong charisma that will undoubtedly help them in their career, since crowds of tourists and locals stuck around to hear them play.
Their live acoustic covers meshed with their EP “Right Now” show listeners certain versatility as well. Based on the covers they chose to play at the Warf, one might think that their original songs would be from the same top 40 genre. However, the songs off their six-track EP are more alternative than expected.
The first song “Reckless” with its heavy electric guitar and angst-ridden vocal style from lead singers John and Cruise Russo is reminiscent of the early 2000’s when Alternative bands like Something Corporate and The Academy Is were on the scene. For those who enjoyed that genre back when they were in high school, “Reckless” may bring on a surprising sense of nostalgia.
Most of the tracks on the EP mirror the style of the “Reckless.” However, the track “Keep a Little Secret” is the standout. This is the catchiest track on the album and earns multiple plays due to its playful chorus. “Keep a Little Secret” also has a lighthearted California rock feel to it which is appreciated during cold Chicago days.
The low point of the EP is the last track “Stay Awake.” “Stay Awake” is the only ballad on the EP but that’s a positive. Chris and John Russo’s vocals are awkward and pitchy in this track. The vocals of the Russos are ten times better in up-tempo songs, as the rest of the EP shows. However, the group is still finding their ground, and an awkward track here and there can be expected. Overall, the EP shows the potential of a young and driven group.
To find out more about Reverse Order check out their website at http://www.reverseorderonline.com/home.html