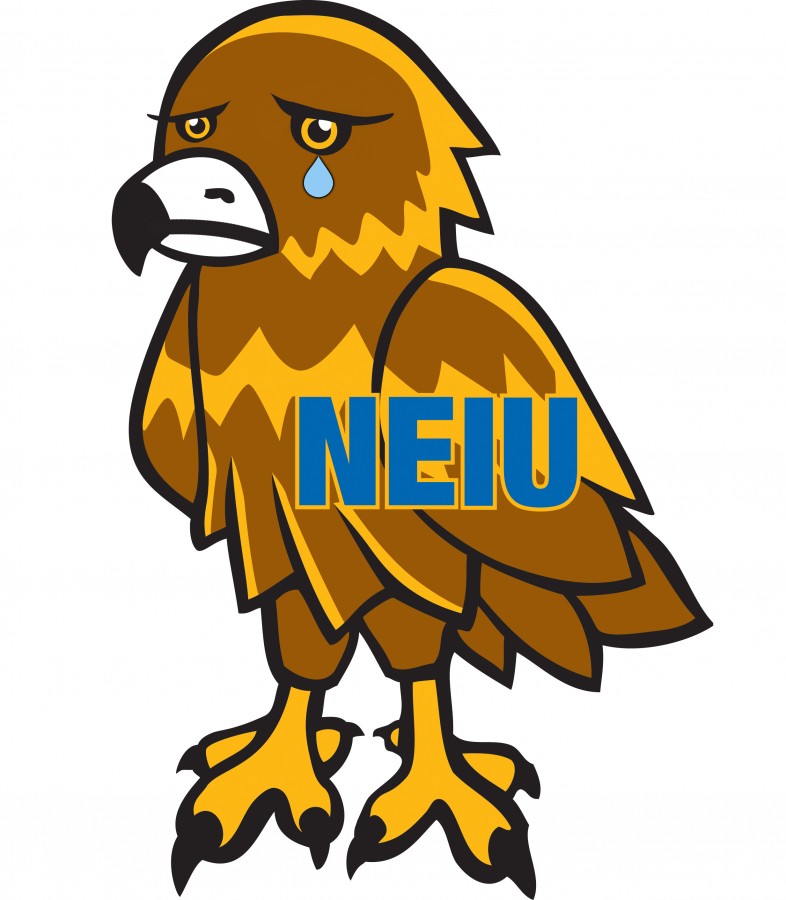 Before attending Northeastern Illinois University (NEIU), I went to the University of Iowa where school pride runs deep. During football season, everyone tailgates and then goes to the games on Saturday. Even when the Hawkeyes were not playing at home, everyone would hit up the bars to watch the black and gold fight. When football season was over, basketball was in the limelight. Carver Hawkeye Arena would be filled with cheering students. The school spirit infected everyone. Everyone knew the fight song and would proudly sing it during football games. Even basketball had its own cheers that were known and loved. The athletic program coursed through the veins of every student, whether they were involved in a team or not. We all displayed our Hawkeye pride, even at gymnastics meets, wrestling matches and swimming competitions.

Coming to NEIU, I knew there would be an adjustment, but the lack of school spirit is foreign to me. Not once have I ever seen someone wear a Golden Eagle shirt. Does Northeastern even make one?  That is our mascot, right? In a survey conducted across campus, when asked what our school’s mascot is 41 percent of students polled did not know. They had no idea our mascot was Goldie, the Golden Eagle. Khadiga Ahmed, commented on NEIU’s lack of Athletics Program. “It’s sad, you know, because it takes away any sense of school spirit. It’s not as fun an atmosphere.” That is exactly how it feels on campus. There is no pride or sense of unity.

NEIU is a relatively smaller school in the Chicagoland area, but other state schools have sports. The University of Illinois at Chicago (UIC) has 25,000 students compared to our 12,000, but they have a complete athletic department and compete in NCAA Division 1 Horizon League. The University of Chicago, is a private institution with just over 5,000 students, and competes in NCAA Division III, boasting 19 varsity sports. North Park, just down the street from NEIU, has just over 3,000 students, many of who participate in their athletic program. They have 17 varsity NCAA Division III teams. DePaul, a much larger private institution in the city, has just over 16,000 students. Well-known for their basketball program, the school competes in the NCAA Division 1 Big East conference. Their fight song and school mascot, DIBS (Demon in a Blue Suit), are known all throughout campus as staples of the athletic program and its affect on the university way of life.

Here at NEIU, we have an enrollment of over 12,000 students. At one point we did have an athletic program and competed in the NCAA Division 1 East Coast Conference. Some of the highlights included our baseball team’s 1996 Mid-Continent Conference championship and NCAA tournament bid. Andrell Hoard, a member of our men’s basketball team, won the ESPN National Slam Dunk Competition. Our football team was a charter member in the Division III Illini-Badger Conference, where it won five conference titles. After years of competing at this level, money became an issue and forced NEIU to shut its doors on our athletic department after the 1997-98 season.

Today, we are left with club team sports. There are no fight songs, no homecoming games to show our school spirit. When asked if they would attend sporting events if NEIU had an athletic program, 88 percent of students polled said they would. Student Zechahriah Funkhouser said, “I would join teams if we actually had them.” It appears to me that the student body is in favor of having an athletic program, now we just need the administration to listen.