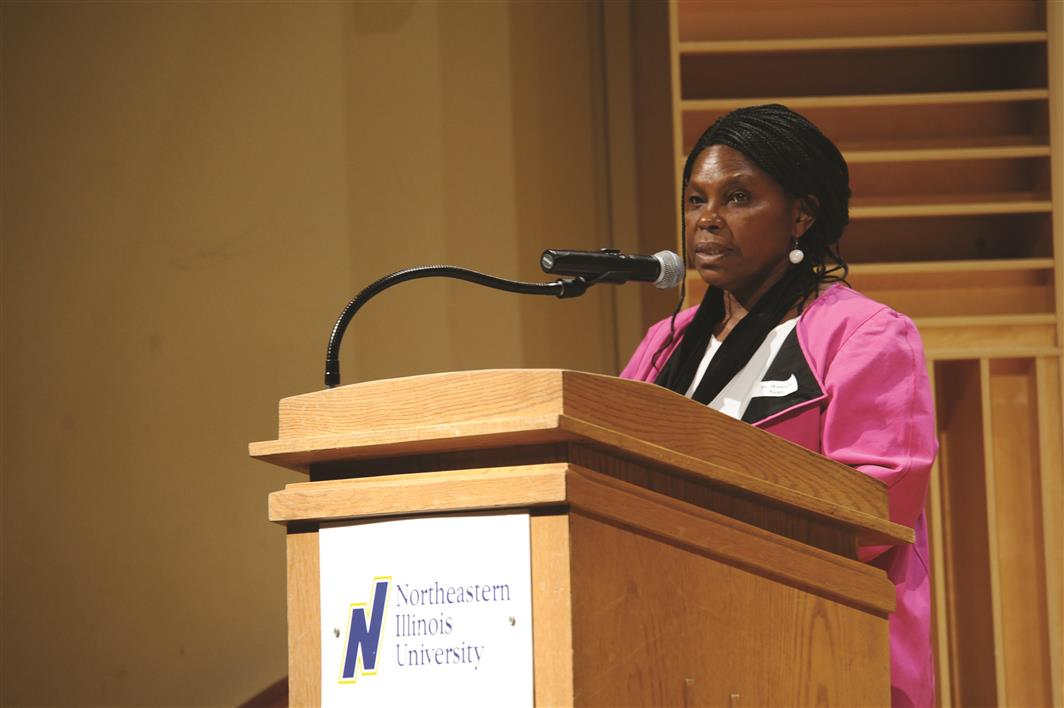 “Dr. Njogu is the right person for this critical role at Northeastern during these challenging times,” Interim President Helldobler said after Wamucii Njogu was announced as the new Acting Provost.

NEIU’s Dean of the College of Arts and Sciences Wamucii Njogu was appointed Acting Provost on July 1, replacing Vicki Román-Lagunas. She currently serves as the university’s chief academic officer, previously working as the Assistant Provost and Dean for eight years.

The provost works closely with the academic deans, department heads, student services professionals, faculty and staff to provide the highest possible quality of educational programs both within and outside the classroom for undergraduate and graduate students. An important part of the provost’s job is to recruit, retain, encourage and support faculty and students.

The Acting Provost welcomes students from recruitment, said Njogu, creating a vast impact on student life. She evaluates the courses, creates courses and even looks over graduation commencements. Njogu is excited and proud of her new role. She said she is eager to improve student life and bring more recruitment to NEIU.

Born in Kenya, Njogu graduated from the public school system implemented by the new independent government that had changed from colonial governance. The schools were heavily funded and were given many resources to educate the native tribes.

Njogu said the most prestigious schools were public. “Private was not a good place to be. So I am a product of public education in Kenya,” she commented.

School life was significantly harder, she reminisced about the tough and stressful end of the semester exams that determined whether you passed or failed. Instead of having continuous examinations throughout the class, students would only listen to the lecture and takes notes, then received an enormous test at the end of the semester. She noted that it felt so different compared to American classrooms, as there was more pressure because there was the possibility of being dropped.

Njogu joined NEIU in 1996 and was first hired as an assistant professor in Sociology. Shortly thereafter, she became coordinator then department chair of Sociology, African-American studies, Latina(o)-American studies, and Women’s and Gender studies. With this extensive background, she became Assistant Provost and Dean of the College of Arts and Sciences and remained so for years.

“Most of what we do in Academic Affairs is to make sure that we engage students even before they are admitted to the university, all the way until they graduate. In fact, we are concerned about them when they graduate because many of them go to grad schools,” said Njogu. “We want them to be alumni. The engagement of students never ends in this office.”

The Provost collaborates with other departments such as Admissions and Enrollment Services to make sure students are well on their way to graduating by looking at their academic statuses, and also to see which students can be admitted who apply to NEIU.

Most importantly, Njogu hopes she will make a difference in student’s lives to place them at the center. In the light of the budget crisis, the student’s education is vital to the university.

Njogu concluded by saying, “Students should feel very good about registering for their classes because that is not going to be impacted.”