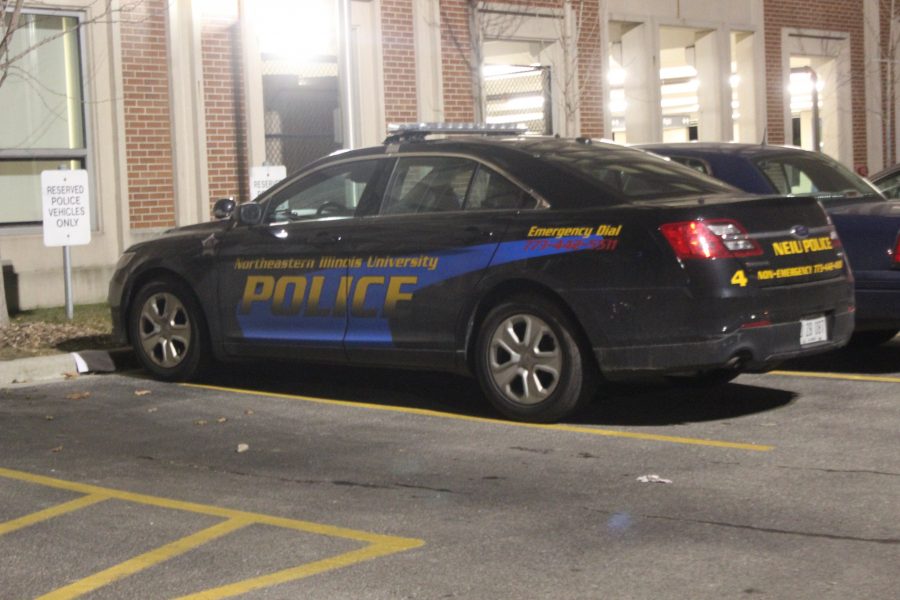 Students can request a police escort to their vehicle when leaving campus late at night.

The following incidents occurred between the dates of April 20 to May 8 at NEIU’s main campus:

April 20 – The Nest: A group of non-students inside of a vehicle were verbally harassing Nest residents. Police arrived and told them to leave and they complied.

April 21 – Controller’s Office: An investigation is being conducted on a possible check fraud.

April 28 – Controller’s Office: An NEIU issued check was stolen and cashed in by the offender. The investigation is still ongoing.

May 3 – Library: An unknown offender vandalized the washroom stall by damaging the sensors and paper dispenser.

May 6 – J-Building: An unknown offender stole the speaker cables from the dance studio.

May 8 – Fine Arts Building: A bomb threat was called to NEIU and the graduation ceremony at UIC. Police did a sweep of both campuses and nothing was found, but it is currently under investigation.

The following incident occurred at El Centro on April 26, 2017:

April 26 – El Centro: An unknown offender stole a pair of headphones from an unattended office.