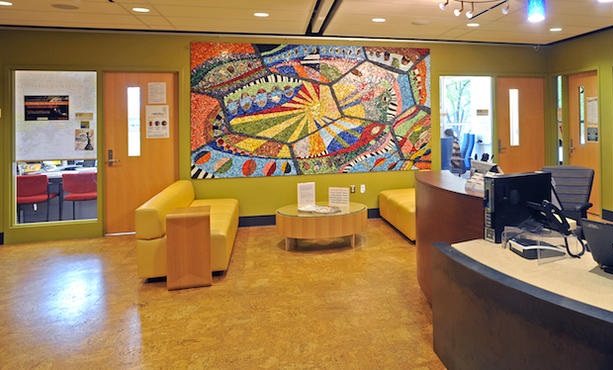 NEIU faculty and students filled B-158 on March 30 to hear a presentation on Hispanic/Latino retention rates given by Dr. Blase Masini, executive director for the NEIU Office of Institutional Research and Assessment.

The presentation and Q&A session was titled “Hispanic/Latino Student Retention at Northeastern Illinois University” and the findings were based on data gathered by Dr. Maria Teresa Garreton, department chair and master’s in arts in teaching program adviser for the Daniel Goodwin College of Education. Garreton was in attendance to answer questions and engage in dialogue on the findings with attendees. She explained that most of the data presented could be found via neiu.edu.

Masini said that some concerns regarding the Hispanic/Latino student body is addressing a sense of connectedness.

“Thinking along the lines of culture, what the Latino and African-American students struggle with is a sense of belonging,” he said. “It really does affect retention. If students feel like they belong in an institution, they’re more likely to come back.”

Test scores also play a role in retaining Hispanic/Latino students and the data that is collected to reflect rates.

According to Masini, the overall six-year graduation rate for full-time freshmen was at 23.9 percent with Hispanic/Latino statistics landing at approximately 20 percent. Retention rates for first-year Hispanic/Latino students returning for a second year and who enrolled in the Summer Transitions Program were at 66.7 percent in 2015.

He continued that students in developmental courses are more likely to be retained. “They’re the least academically prepared as compared to other groups,” Masini said.

Full-time Hispanic/Latino freshmen enrolled in writing-developmental courses had a 57 percent continuation to second-year retention rate versus 54.5 percent for non-enrollees. Reading developmental enrollees had a 56.6 percent retention rate, in comparison to 54.2 percent of those not enrolled.

Masini said that future goals to further incorporate Hispanic/Latino retention at NEIU should be raised.

“Our retention in general is not good. Our numbers are lower than comparable universities,” he said. “We used to be at around 10,000 students, but things have been declining. NEIU is starting a mentoring program where our university will be paired up with an offshoot of Rutgers to work on ways at building better student retention rates for students.”