Speaking of vaginas: ‘The Vagina Monologues’ 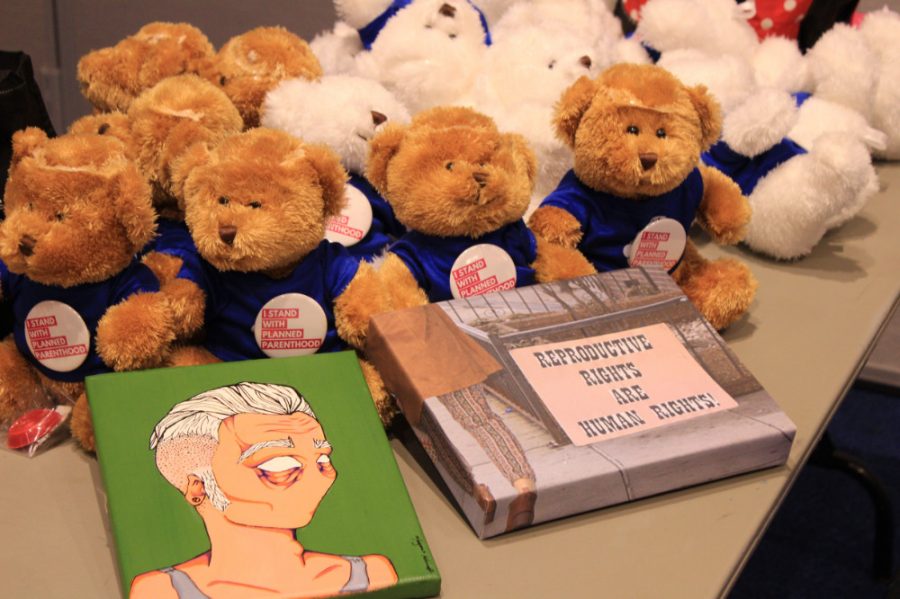 (Teddy Bears): All of the proceeds from ticket sales were donated to Planned Parenthood of Illinois and the VDay Foundation.

NEIU hosted “The Vagina Monologues,” a humorous show with a direct goal to create a space for women to talk freely about something that’s very intimate: their vaginas. The show consisted of testimonies from women around the world, Alumni Hall was the home to these women’s stories. These testimonies were delivered to the audience by female actresses and called them to take action towards gender equality and women empowerment.

Traditionally, women are silenced. It’s harder for women than men to earn respect, to be considered valuable and taken seriously. In a general aspect, women have always been (and still are) oppressed, influenced by society to be correct, delicate and beautiful. Female sexuality, considering the globally patriarchal society we live in, represents the biggest of the taboos.

Women have never been able to openly express their concerns and experiences related to their sexuality and organs, always keeping it in the most private sphere. However, The Vagina Monologues was created as a way of breaking this and other taboos, helping women to speak out and spread awareness of women’s situation and struggles in many places of the world.

More than 200 women from different ethnicities, ages and backgrounds were interviewed; their testimonies were gathered to create the Monologues. It was the first time for most of them sharing such funny, personal, sometimes dramatic and real experiences about themselves.

The tales were as different from each other as their protagonists’ backgrounds, but all of them were exceptionally delivered by the actresses. The show started with the actresses analyzing the word “vagina.” “It sounds bad, like an infection” they say. Is that the reason why we are often unwilling to talk about it?

“What would our vaginas say if they could talk?” one of the spoken topics questioned. More than one woman in the room could surely relate with what the speaker thought our vaginas’ would say: “Slow down,” “don’t give up,” “find me…” and definitely “enter under your own risk”.

Another story retold the experience of a 72-year-old woman who, after living her whole life in an oppressive era, had never seen her own vagina. She was never sexually educated or even experienced an orgasm. As she told the creators of Vagina Monologues, she finally was brave and educated enough to find and explore her own clitoris at this elderly age. When she did so, she cried.

Following the comical line of the monologues, the speakers claimed the importance of accepting the naturalness of the human body. Vaginas are just another organ of our bodies. However, it seems to not be socially accepted. In this regards, the speakers shared a story of a woman whose vagina got extremely wet every time she experienced sexual excitement, which left her “closed due to flood” for most of her life since she felt embarrassed of her body’s reaction.

Another matter mentioned by the speakers was the situation of women at work. Females have to endure an environment that oppresses them daily in order to make a living. In the majority of workplaces, women are usually encouraged to be quiet and not complain, otherwise being threatened with losing their job. Can you imagine experiencing that everyday you have to go to work? For many women, this is their daily routine. This is the case of one of the women interviewed by the Vagina Monologues, who often suffering physical abuse at work. She would describe her situation by saying: “My body is not my own.”

“My short skirt is happiness. It’s a liberation flag. It’s full of breath . . . My short skirt, believe it or not, has nothing to do with you.” The skirt is a symbol of empowerment; the speakers claimed rights for women and liberation. Women belong exclusively to themselves just as their skirts do.

Thanks to the real experiences shared through the Monologues in a highly amusing way, both men and women among the audience were able to normalize the taboo of female sexuality, allowing women to relate with many of the stories. Many realized that they are not alone.

Among the general humoristic tone of the show, the actresses perfectly reflected the dramatic situation of women globally. The grand finale consisted of the sound of drums as the actresses asked women to “stand up, speak out and survive;” they encouraged them to overcome the situation they are in. That’s anything but humorous.