Knowing when to fold 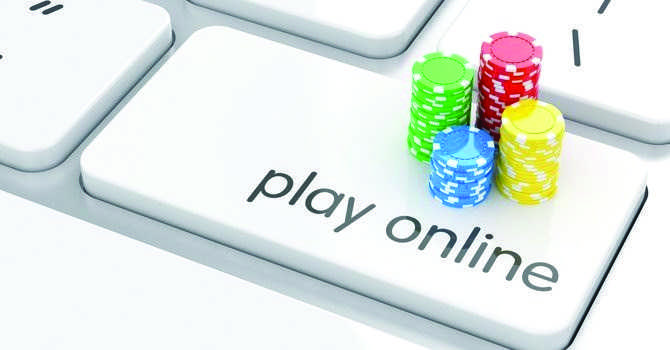 Gambling has always had its negative connotation associated with it, but is there a valid place in society for it?

March is recognized as the month of giving through the March of Dimes, the celebration of St. Patrick and Ireland and as the first month to bring in the lovely spring sun and flora. In recent years, the month has adopted a new awareness of a serious problem: gambling addiction.

A hotline for the association can be reached at 1-800-GAMBLER, but the IGMOA’s expansion now includes a counselor available 24 hours every day of the week by texting “ILGAMB” to 53342. The organization also includes online chat services at either Illinoisalliance.org or IGMOA.org

“Every day around Illinois, people enter bars, restaurants and fraternal organizations to have fun and play the machines, creating and supporting jobs and enjoying our entertainment,” Gelatka said in the statement. “Some players face problems, and we take those seriously. We hope these new messaging support services will build on the success of the telephone hotline and make sure those who need help can get it, day or night.”

This is a move that makes absolute sense, given that in today’s culture, people spend more time on their smartphones. Whether they are browsing apps and the Internet for entertainment, work, personal affairs, or creative outlets, the smartphone has become a tool of great importance, and the Association is catching wind of that.

I do recognize, however, that Gelatka’s message of resolving gambling addiction is at odds with how available and close the industry is making its machines to the public. Machines show up in bars, some restaurants, karaoke venues, hotels, and even at the side of pinball and video game arcades. Illinois lodges, once a common venue for such machines to appear, were abandoned in favor of places with more exposure, like stores and coin laundromats.

“Coffee shops and laundromats and anything else that big dollar was able to persuade the state to allow them to do,” exalted ruler of Elks Lodge #281 Jerry Leininger said.

Leininger once had three machines placed in his lodge for one week, with security equipment and separate electrical connections for their installation. However, Leininger had to remove them after they saw little use from their customers, even after the lodge was renovated to hold the machines for $7,500.

Though the investment failed for Leininger, the industry and companies enjoyed a revenue boost from the exposure in commercial stores. From September 2012 to June 2016, the amount of video gaming machines went from under 100 to over 23 thousand units across Illinois alone. Not to mention, the state took in over $600 million from that span of time, while the municipalities took in $122 million. So one has to wonder: where does all that money go?

In an article from Illinois Public Media, Jenna Dooley compiled data from the amount of machines available in major Illinois cities and the amount of money invested from the gamblers of those machines, provided by both Gelatka’s association and the Illinois Church Action on Alcohol and Addiction Problems via contributor Anita Bedell.

According to the ICAAAP’s spreadsheet of the Illinois Gaming Board’s figures on loss totals, Springfield, the city with the highest video gambling losses in Illinois from 542 machines, totaled over $75.5 million from September 2012 to now. Other cities trailing Springfield’s numbers include Rockford, Decatur and Bloomington, to name a few. 25 percent of the revenue goes to the state for capital and five percent stays with the communities containing the machines.

Officials like Rockford City Administrator Jim Ryan looked to the revenue as a means to fund equipment for civil services, expenses that would normally be covered by the state’s budget.

“We were having to, you know, talk to other municipalities and buy used equipment for ambulances and fire trucks – and it’s very capital-intensive,” Ryan says.

Seeing as how the Illinois legislators and governor have yet to agree on a fair budget since FY2015, cities are taking every outlet as an opportunity to self-sustain their capitals in hopes of gaining regular funding.

As conflicting and personal video gambling may be for people, gambling has become larger than a simple habit for the public, and it has become a source of capital for cities to depend on as the budget stays unsolved for Illinois’s population. Though I may not find a use for it, the revenue and even the practice can be beneficial and positive when it is directed to the greater goods and needs of the people who need it. Just remember to ban yourself from casinos when you know you’re in too deep.