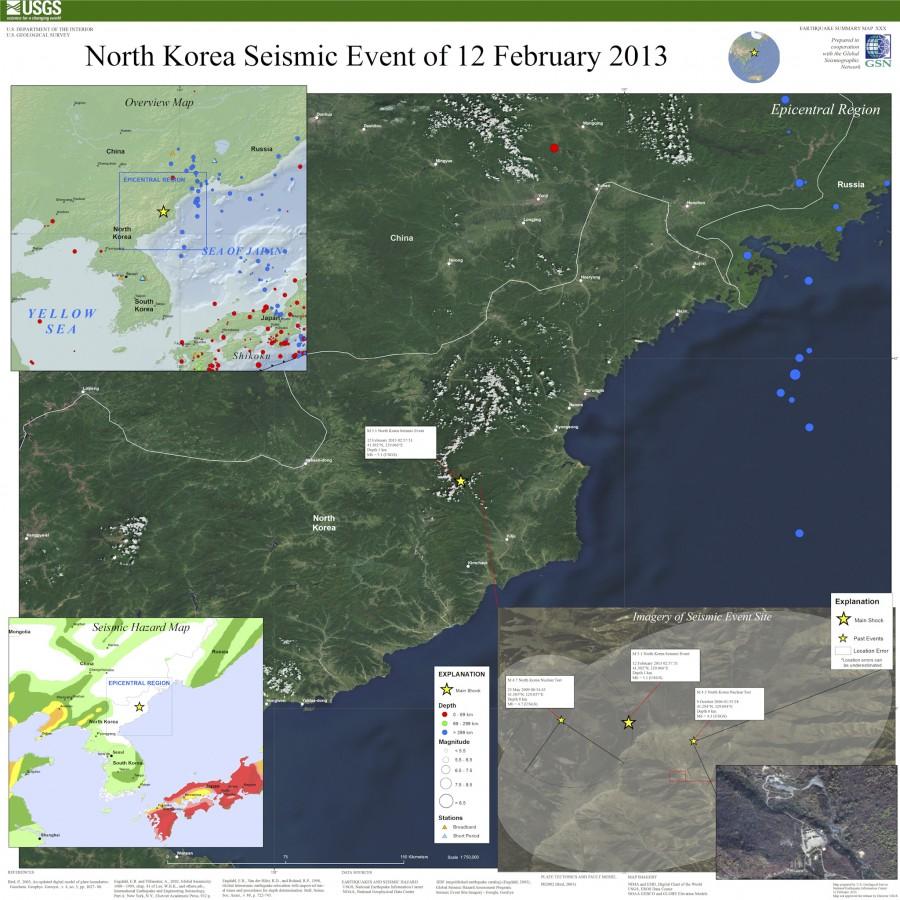 “In the 30 years of my career I’ve never heard anything like it and it seems to me that we are not speaking about something that is even admissible, we are speaking about a threat of the use of force that is prohibited by Article 2.4 of the United Nations Charter.” This was what the shaken Spanish ambassador, Javier Gil Catalina, told Reuters in response to North Korea’s threats at the United Nations Conference on Disarmament on Feb. 19th.

“As the saying goes, a new-born puppy knows no fear of a tiger. South Korea’s erratic behavior would only herald its final destruction.” This was the threat issued by Jon Yong Ryong, the North Korean diplomat. While threats like this directed at the United States or their neighbors to the South are not uncommon, the fact that this threat was made in the wake of a third successful nuclear test earlier this month implies far graver implications.

One week earlier on the 12th of February the Korean Central News Agency (KCNA) in the Democratic People’s Republic of Korea (DPRK) reported that they had successfully detonated a new device in an underground bunker. “It was confirmed that the nuclear test that was carried out at a high level in a safe and perfect manner using a miniaturized and lighter nuclear device with greater explosive force than previously did not pose any negative impact on the surrounding ecological environment,” said the KCNA. The BBC reported concern over the use of the term “miniaturized” as it confirms many fears and suspicions that the long term goal of the DPRK is to be able to attach a light weight, high yield bomb to a long range missile.

The United States has maintained a tenuous ceasefire with North Korea for 60 years now, but public opinion toward the isolated Stalinist state is increasingly fearful and defensive. A new Gallup poll shows that 83 percent of Americans consider North Korea’s nuclear program to be a critical threat. Indeed there is also growing concern over the possibility that the DPRK’s nuclear program may be turning to a uranium fuel source which would, as Max Fisher of the Washington Post reports, make their program not only easier to hide and give them more possibilities for weapon construction, but would make it easier to trade and share with other nations who have hostile attitudes toward the US.

Considering the long history of threats between the US and North Korea with no real escalation in hostilities, it seems unlikely that the North’s threats should be taken as anything more than chest beating. However, with many US military personnel tied down in the Middle East, questions about the American capacity to combat the North are bound to arise. Not only is North Korea a nuclear power, but they field one of the largest conventional militaries on earth with two million Northern soldiers stationed along the Demilitarized Zone.

Aidan Brogan, a former Senior Airman who spent much of his military career stationed in South Korea, voiced concerns over the defensive posture of the US on the peninsula.

“You’re briefed on arrival and they make it clear that it is a no-win scenario,” Brogan said. “The installations we have are ‘speed bumps’ to slow down the North Korean advance until we can bring more troops into the country.”

Brogan described the intense measures the military takes when diplomatic hostilities gain ground, saying that in situations like this the armed forces would immediately go into war-preparedness exercises in which service members would work 12 hours a day, seven days a week until things eventually cooled down. However, this rigorous practice and training is undergone with the knowledge that the US is outnumbered and in many ways unaware of many methods the North could use in the event of a conflict.

“They have invasion tunnels that we haven’t discovered yet, and there are infiltrators in the South. Operational security was very, very important to us.” At the end of the day, Brogan suggested that their main plan if the North made a move is to “Get the planes in the air and hope for the best.”

While the US focuses most of its international attention regarding nuclear disarmament on Iran, which has a fairly undeveloped and small nuclear program, North Korea’s hostility combined with their actual proven nuclear capability is unsettling. With a grim military situation and a more and more relevant nuclear program, the essential question of whether or not the US should bolster its defenses in South Korea is still in the air.