‘Uncle Vanya’ at the Goodman Theatre 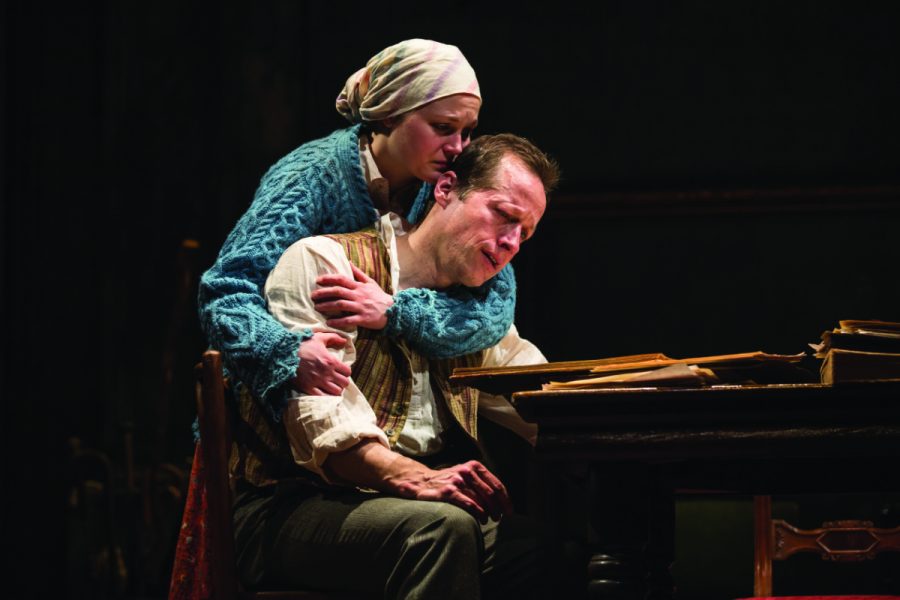 Caroline Neff (Sonya) and Tim Hopper (Vanya) in the Chicago premiere of Annie Baker’s adaptation of Anton Chekhov’s Uncle Vanya, directed by Robert Falls. Tickets can be purchased at GoodmanTheatre.org/UncleVanya

There’s a reason that classics are classics. Even if manner of dress and other cultural symbols are of a bygone era, the stories and characters of masterpieces prove to remain relatable throughout time. Anton Chekhov’s “Uncle Vanya” fits this bill as Chicago’s own Goodman Theatre has demonstrated this season.

Within the span of three decades, Goodman’s award winning artistic director Robert Falls has tackled several of Chekhov’s plays, with the latest production of “Uncle Vanya” being extended to March 19 due to popular demand.

“‘Uncle Vanya’ is Chekhov’s first mature play—and as such, his most radical…I had a hard time connecting to it. But I re-read it last year, and suddenly it demanded to be done,” Falls told OnStage, Goodman Theatre’s online magazine

Chekhov was a physician by day and a playwright by night when he penned Uncle Vanya, an intense dark comedy set in a once imposing and full of grandeur Russian country estate that is now crumbling apart, much like the character’s emotional psyches which crumble apart as they unravel on stage.

Uncle Vanya first premiered at Moscow Art Theatre in 1899, during the Victorian era when the arts were full of overdramatic, stiff and prosy dialogues. Chekhov and his theater partners were seeking to create new art that would realistically reflect human nature. Hence, Chekhov is considered one of the founders of modern realism in theater. This intent to reflect Chekhov’s raw and realistic societal portrayal is conveyed nicely by director Falls’ approach to the dysfunctional characters.

“I try to resist ‘interpretation … I don’t think, ‘I’m going to make this a funny production, or a tragic production,’ … It’s life, and my job is to let the characters live their lives in all of their human contradictions,” Falls told OnStage.

This realistic approach is further solidified by the translation and adaptation done by Pulitzer prize winning playwright Annie Baker. Her goal was to “create a version that sounds to our contemporary American ears the way the play sounded to Russian ears during the play’s first productions,” according to the preface of her script. Thankfully, Baker decided to adapt the play to make the language used by the characters sound contemporary.

At the start of the nearly three-hour show, with a magnificently detailed set design accomplished by set designer Todd Rosenthal, the audience is introduced to awkward silence, even though there are two characters present.

Marina (Mary Ann Thebus), the kind-hearted and loyal nanny, pours tea and recommends that Astrov (Marton Csokas), the discontented country doctor, eat something. More awkward silence commences as they perhaps search for something to say in an environment of self-perpetuated boredom and the realization that their lives are not that spectacular.

This sort of darkly comedic dissatisfaction and regrets of wasted living set the theme for “Uncle Vanya,” and there is plenty to go around with the talented cast of dysfunctional characters. Mix in some unrequited love triangles, vodka binge drinking, depleting forests, bitter resentments and other human faux paus, and you have the collaged recipe for a comedic tragedy on human affairs.

Kristen Bush plays the young, desired and conflicted Yelena, the wife of retired and ornery professor Serebryakov. In the same household, we have the unfulfilled professor’s daughter Sonya (Caroline Neff) who shares a kinship with her ticking time bomb uncle Vanya (Tim Hopper), who looks after his aging mother Maria (Marilyn Dodds Frank). Without going into spoiler mode, there are other colorful characters rounding out the ensemble, each giving life (albeit often chaotically) to an otherwise lifeless scenario. Besides the acting, adding to the tension and emotional climates were great sound and lighting effects, which at times made the audience almost jump out of their chairs!

If you want to lose yourself in an intense, often sad, and at times hilarious tale of the follies past, present and future of a portion of human existence on the brink of implosion, then take a seat at the Goodman and raise a toast to uncle Vanya and company.