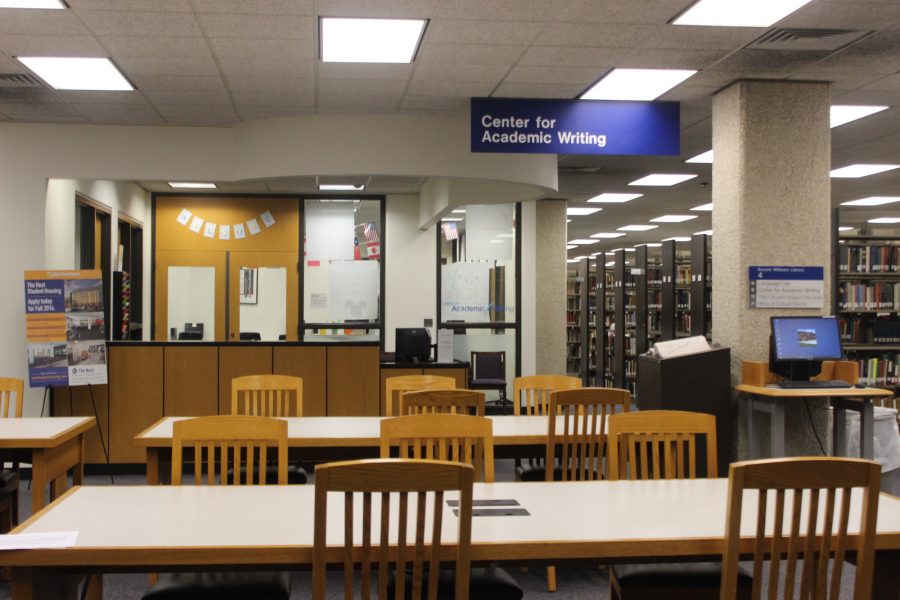 An empty Center for Academic Writing will only become more common as furloughs continue to be pushed on staff and faculty by the NEIU administration.

An email went out on March 3 announcing the shutdown of NEIU over Spring Break, along with the introduction of furloughs for faculty members. Approximately three hundred student jobs will also be lost, meaning students won’t be working over the break.

The recent measures taken by the NEIU administration have not gone unnoticed by students, who are filled with anxiety and tension.

Doan Vo, a senior and a Student Government Association Senator, has been aware of the state budget crisis and its subsequent effects on university funding for a while. Last year, Vo, as a Monetary Award Program grant recipient, was affected emotionally and psychologically in her life both in and outside of school by frequent worrying about whether or not she would have money to attend school.

“If it weren’t for the university fronting the MAP grants last year and this year, I wouldn’t have been able to come to school,”  Vo said.

Vo is a first-generation college student who fears the effects of the continued lack of state funding for low-income students.

“I know many individuals who are extremely intelligent, extremely committed,” she added. “The only thing that’s keeping them from being able to achieve what they want to achieve is that little bit of financial assistance, which is what MAP is for students like myself.”

Glen Williams, a 43-year-old veteran, is pursuing a degree in secondary education and biology in hopes of landing a career in teaching, a profession in which he aspires to give back. A big concern of his comes from the lack of access to campus resources over the break that students would normally be able to utilize, including the Ronald Williams Library, B-Building computer lab and professor office hours.

“I’m going to use that extra time to get caught up and ahead of where I should be,” Williams said. “We need access to campus, we need our professors and we need tutors.”

Zach Springer, a psychology major, is a Writing Intensive Program tutor for the Psychology Statistics and Methods course. He has heard conflicting reports from different professors and is personally unsure about his job status.

“We are uncertain about everything when we come back,” Springer said.

The same goes for Jacob Belser, a philosophy major graduating in May who attended the open meeting on the faculty furloughs held March 7. Even though it’s his last semester, he wishes that the changes being made in the running of the university could be more clearly communicated to students.

“I’d love some information about how all this is working. It seems like there’s a lot of conversations happening in the background that we’re not aware of,” Belser said. “There seems to be conflicting information, and it’s not very clear, even after I’ve gone to through this meeting that was supposed to present information.”

Some NEIU students are insistent on the need to fight back. Vo, who graduates this spring with a degree in social work, feels a personal responsibility to advocate on behalf of others.

“My profession is to advocate for those who do not have their basic needs met, and what the state is doing, not only are they cutting funding for the university, but they are also cutting funding for social services, so they’re affecting people who are in the most vulnerable, marginalized parts of society,” Vo said.