An open letter to Jameis Winston: our girls shouldn’t be silent 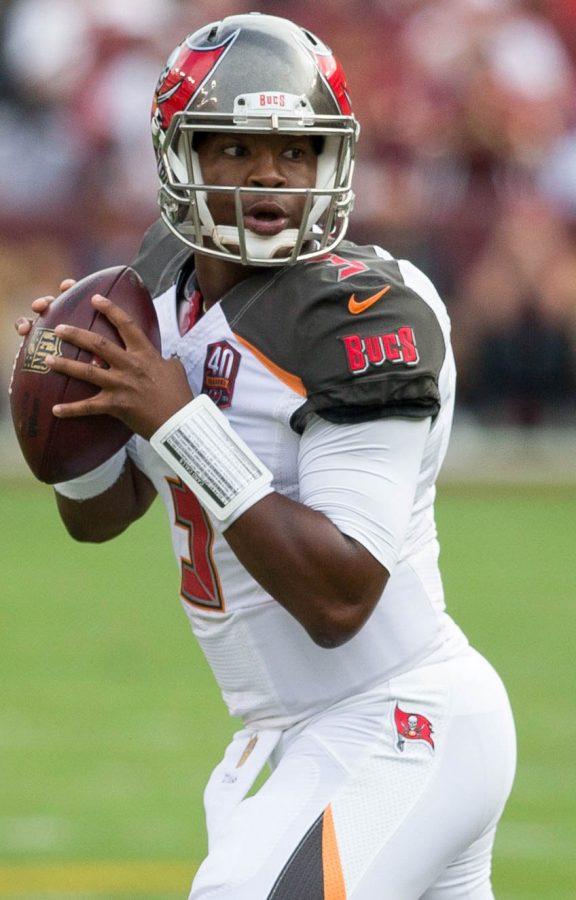 Winston hasn’t learned from previous encounters with the opposite sex that silence isn’t always golden.

A few weeks ago, Tampa Bay Buccaneers’ quarterback Jameis Winston made an appearance at an elementary school in St. Petersburg, Florida in an effort to give back to the community. What started as something with good intentions spiraled into a territory that Winston is sadly familiar with.

“All my boys, stand up. All my ladies you can sit down,” Winston said to the audience of students, teachers and parents, according to the Tampa Bay Times. “We strong, right? The ladies — they’re supposed to be silent, polite, gentle. My men, my men supposed to be strong.”

The ladies, they’re supposed to be silent.

As someone who has witnessed the physical and emotional abuse women close to him had to go through, these words stuck with me. “The ladies” that he referred to will one day become women that he and other men wouldn’t be here without.

In that same speech, Winston recited with the boys “I can do anything I put my mind to.” Can the same not be said for the girls?

They’re supposed to be silent.

Supposed to be, as if they don’t have the option to be vocal and express their personal beliefs. As if they’re not suppose to strive to achieve their goals and aspirations like their male counterparts. What Winston did, like others before him, has unconsciously taken away their voices and made young girls feel inferior.

Even if it’s a case of poor word choice, Winston, a 23-year-old, should’ve known better. It’s not like this was his first time dealing with sexual controversy. In 2012, while attending Florida State University, he was accused of raping a fellow student. Though he was cleared of any wrongdoing his image is still tainted.

They’re silent, because men like Jameis Winston have told them to be.

According to the “National Sexual Violence Resource Center,” one in four girls have been sexually abused before their 18th birthday.

In that audience, Winston was not only talking to a group of eager students, he was talking to sexual assault survivors. Since the event, Winston has come out to state that he had no intentions on disrespecting the ladies in the audience. As he put it, there was a male student in the audience that wasn’t listening.

“I didn’t want to single him out so I asked all the boys to stand up,” he told the Tampa Bay Times. During my talk, I used a poor word choice that may have overshadowed that positive message for some.”

The positive messaged wasn’t so positive for the young girls who had to sit through it and be silent.