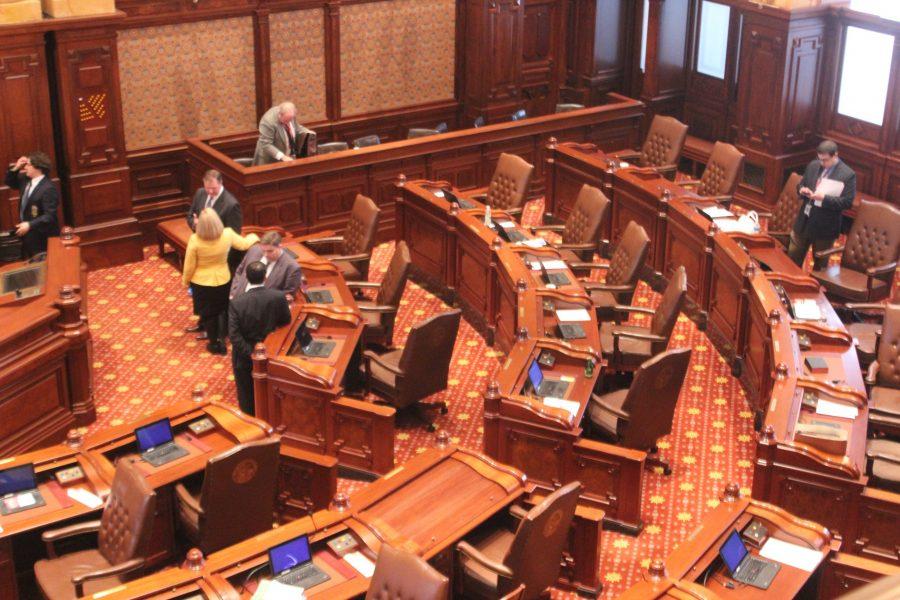 Furlough days will be imposed on faculty and staff for the second time in nearly a year without state appropriations or stopgap funding. The difference this time around is that student workers could be affected by either furlough days or termination.

The gubernatorial election of 2014 left the Illinois budget at a standstill with Democrats of Springfield at odds with Republican Gov. Bruce Rauner.

Questions were directed to a panel composed of the university’s leadership on Feb. 7 in the manner of a town hall meeting with the NEIU community.

“It’s been 19 months,” said Interim President Richard Helldobler about the lack of budget. “Our budget seems to be tied up in a major difference of philosophy and neither side showing any signs of backing down.”

Dean of Students Matt Specht asked the panel how the program would affect student employees.

“It was brought to our attention that in the negotiations for Civil Service employees that (Illinois State Universities Civil Service) negotiated a clause into the new statute rule,” Helldobler said.

According to Section 250.119 under SUCSS’ Statutes and Rules states, “An employee on a temporary or extra help appointment shall be terminated prior to implementation of the furlough program, unless the appointment is required based on health and welfare or public safety, or a designated grant or other funding source.”

This new clause does not include students working on federal work study, federal financial aid benefits, or those earning academic credit for courses through their work. This clause will, however, affect students earning their pay through funds from the state of Illinois.

“Northeastern is not implementing a layoff,” Hines said. The university is considering how it will implement the (furlough) program while complying the SUCSS statute and has yet to determine how many students will be affected by the program.”

Helldobler said Melissa Reardon Henry, Vice President of Legal Affairs, would look into the consequences to the school if NEIU did not follow through with the termination of state-paid student workers.

As to the attention of the Illinois budget stalemate from the federal government, Helldobler said, “No one seems to be paying attention.”

Dr. Suleyma Perez, NEIU’s executive director of government relations, said that university leadership does not know whether the newly appointed Secretary of Education, Betsy DeVos, will make the crisis a priority or if there is even a plan to fix the situation.

“Because there’s no indicators out there that this is going to be solved, the responsible thing to do is to begin to plan for this cost-savings and salary savings,” Helldobler said. “There doesn’t seem to be any pressure from either the feds or the state, that this going to get solved.”

Monetary Award Program grants have also been a cause of concern for the university. Without a budget from the state for almost two years, MAP grants have been fronted by the university out of NEIU’s reserves funds.

“Right now we know that we’re about $8 million in the red,” Helldobler said. “We have next to no cash reserves now.”

He said that the goal of the cost-savings program is not to replenish the university’s cash reserves but to stay afloat until tuition dollars are received for the fall 2017 semester.

“We are more and more, whether we like it or not, becoming reliant on tuition,” Helldobler said. “And so making a decision that would negatively impact enrollment, we didn’t feel was in the better short-term or long-term interests of the university.”

To that effect, Helldobler began a series of discussions called the “Forward 150.”

A recent discussion was held Feb. 10 regarding matters of the school’s money and finding ways to generate alternative revenue so that the university does not depend on money from the state.

Meetings between university leadership and the unions that represent affected employees are ongoing.