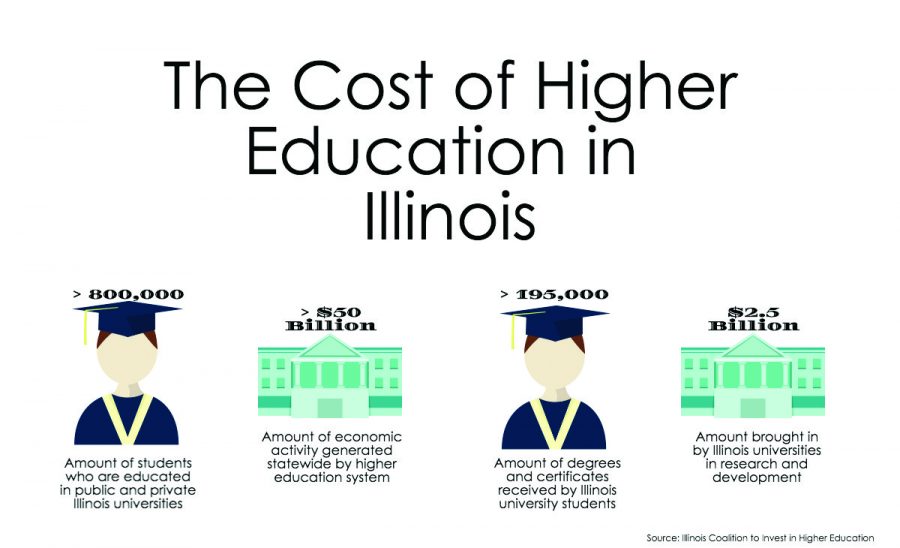 NEIU has operated without a state budget for 19 months and nearly depleted its reserve funds due in large part to fronting Monetary Award Program grants to students in need.

Elisa Salgado, an NEIU junior and political science major, is a recipient of MAP grants and empathizes with other students who struggle financially. Salgado was ineligible for financial aid her freshman year and, like many public-university students who need aid, dealt with the “burden” of not only worrying about her academic success, but funding her academics.

“If I were to not have the MAP grant, I probably would not be sitting here right now because I would probably have to work full time and come to school part time,” Salgado said.

NEIU is once again tasked with instituting a furlough program should a stalemate continue.

Salgado called upon the NEIU community to be more involved in order to get lawmakers to fund higher education.

“I know as a student and as a student worker it can become difficult to be involved in everything,” Salgado said. “Even if you could invest a couple hours, which is maybe one or two events per month, makes a great impact. It’s the only way we can get our message across to let them know we are not okay with what’s going on.

“We have a lot of work to do. This is just the beginning,” Salgado said.