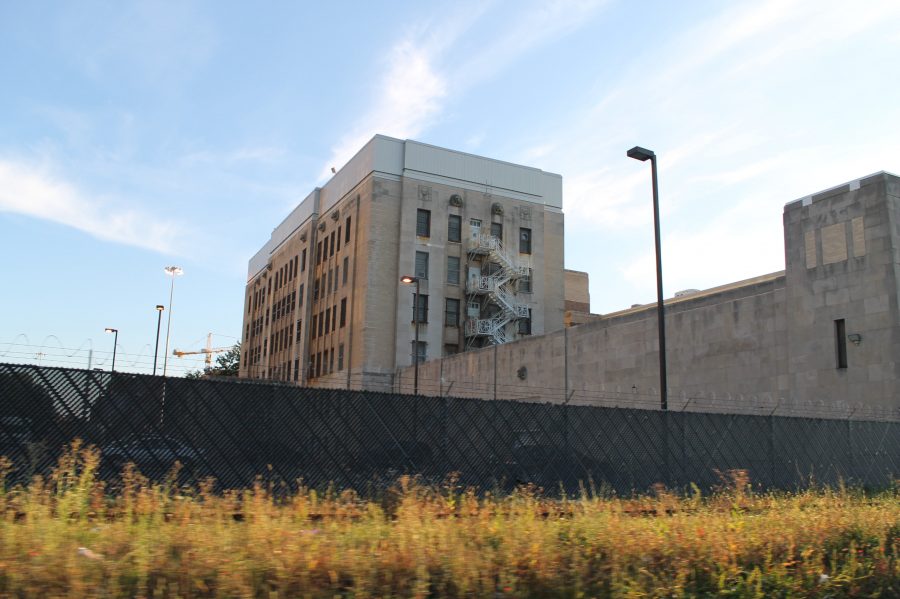 An NEIU student is making it his mission to help detained juveniles find hope in their situations.

Brian Paul Thalhammer is a Chicagoan and an undergraduate majoring in English. He is the developer of YellowCity, an inmate-produced literary journal designed for the U.S. juvenile inmate detention system.

The project, awarded with the Conceptual Idea Creative Nonfiction prize from Northeastern Illinois University in 2016, gives the opportunity to teenagers up to 17 years to manage, design and produce a literary journal.

This opportunity comes as a way for inmates to cope with the obstacles they may face while transitioning to adult life.

The targeted public are children that have found themselves stuck in unfortunate situations over which they have no control, such as unsafe home environments, gang violence, systemic racism or other social pressures.

They find themselves trapped in institutions like foster facilities or detention centers that aim to change their lives into something better, but with very limited resources. The ultimate goal of this initiative is to reduce the number of returning inmates and provide the teens with a chance to make their voices heard and an audience willing to listen.

Thalhammer said that it is difficult to get in contact with detention centers because they are closed environments with little to no communication with the outside world.

Regardless of how difficult making contact may be, his decision to bring YellowCity to life has been rewarding.

“I never thought [anything] of it money wise, it’s just a way for me to help people in need,” Thalhammer said. “The money raised will be destined to materials such as books and resources for the inmates to study and refer to while creating the journal, the production and printing of the literary magazine and the marketing of the project.”

The Indiana Youth Opportunity Center located in Muncie is the first institution that signed up for the program and will start implementing it in the upcoming months.

This detention center is going to serve as a trial to see how it works in a real organization and to prove the adaptability of the initiative to different needs and goals. It could potentially be redesigned for foster institutions, halfway houses or any kind of organization where there is youth grouping.

The purpose behind the program aligns exactly with the meaning of its name.

“YellowCity means turning a tarnished situation into gold, turning a bad situation into something positive,” Thalhammer said. “I thought that if writing became a hobby, instead of hanging out with the wrong people you could use it as an instrument to focus on the right things, and maybe discover your passion.”

NEIU has played an important role in the development of the program, as the university was the inspiration behind Thalhammer’s work.

He was asked to develop a project while taking a “Making Your Liberal Arts Degree Work” class at NEIU, which made him contemplate his own life.  This thought-provoking material made him realize that he wanted to try and help others flourish and develop their creative skills.

This type of thinking comes from Thalhammer’s personal experiences, as he used creative writing to get through the rough times in life. For Thalhammer, writing is an escape.

He is putting his degree to use.

Currently, he is seeking funding through a GoFundMe page, as the project runs just with donations.

According to his page, “Success isn’t a magical formula reserved for the privileged. It can be achieved by anyone with passion and a commitment to hard work.”

As for future expansion, Thalhammer thinks YellowCity has a non-profit character.