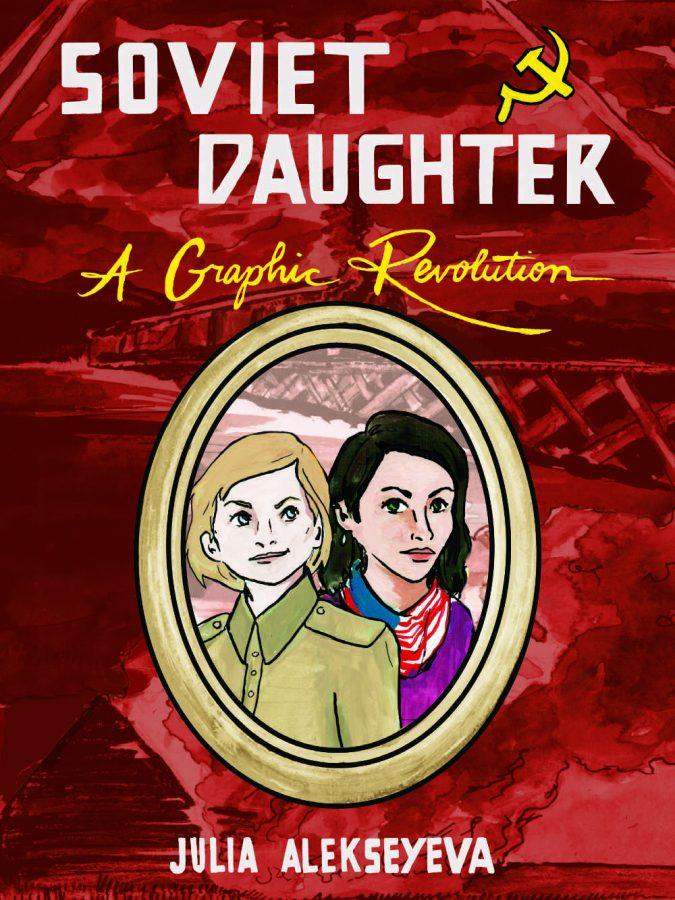 In Julia Alekseyeva’s memoir “Soviet Daughter,” Alekseyeva pays tribute to her great-grandmother Lola’s life during the political tumult of the USSR in the early to mid-20th century. Stylized into a beautiful graphic novel, Alekseyeva gives insight to that historical era through strong-willed Lola’s perspective while recounting her own parallel experiences of identity crisis and language barriers.

If you like historical non-fiction in a graphic novel, this is the book for you.

In an inspirational and epic memoir, the novel travels to the past to depict the vivid lives of people during Soviet Russia – but also highlights the similarities the older generations have with our present one alongside government conflicts. Alekseyeva, a Russian Jewish immigrant, draws links between current political issues to the catastrophic downfalls from Lola’s life. A quote that I find inspiration from “Soviet Daughter” about political issues is: “Governments might change, the historical period might shift, generations might differ. But nothing, not all the guns and pepper spray and police batons in the world, not even time, can kill a true idea.”

Related: An Interview with Julia Alekseyeva: Author of Soviet Daughter

Lola is a brave woman born in Kiev, Russia. She survived the Bolshevik revolution, the Stalinist purges and World Wars I and II. Documenting Lola’s life from her diary pages, Alekseyeva reveals the hateful stigmatization that was branded on Lola for being Jewish, as well as the many secrets Lola kept from her family. “What laid inside was astonishing,” Alekseyeva writes in the graphic novel. “Lola had written a memoir and instructed us not to read it before she died.”

When Alekseyeva is four, Lola and her family relocate to Chicago after the nuclear explosion in Chernobyl seeking refuge and a new life far away from the toxins. While in the United States, Alekseyeva struggles with her religious and immigrant identification. She reveals that when she was a child, she “wasn’t allowed to tell anyone (she) was Jewish.” Her mother thought the entire world was anti-Semitic and Alekseyeva’s academic and career expectations were said to be low. In a passage of “Soviet Daughter,” Alekseyeva writes: “I couldn’t even go to my best friend’s bat mitzvah, for fear that people would find out… What did it mean to be Jewish? I didn’t know. It felt, more than anything, like a ball and chain.”

However, Alekseyeva finds solace being with her great-grandmother, the only person whom she feels she could relate to. Inspired by Lola’s determination in her earlier years, Alekseyeva finds her purpose in political activism, narrating her great-grandmother’s story in a memorable, humorous and heart-wrenching graphic novel with small vignettes of their own relationship woven between chapters. I found the book motivating, as both women courageously endure historical tragedies and find their voices, despite life’s many detours.

This cross-generational relationship paints their stories in gorgeous expressive ink washes, hand-drawn picturesque panels. It brings to life the challenges of adulthood, war and death faced by Alekseyeva and her great-grandmother.

In an enlightening experience, we see the stories of two women who find themselves in the most dangerous and heartbreaking situations, who pull through regardless of the odds. I strongly recommend this graphic novel to those seeking a combination of history and memoirs. You will not be able to put this book down.