Self-reflection of my experience in theatre 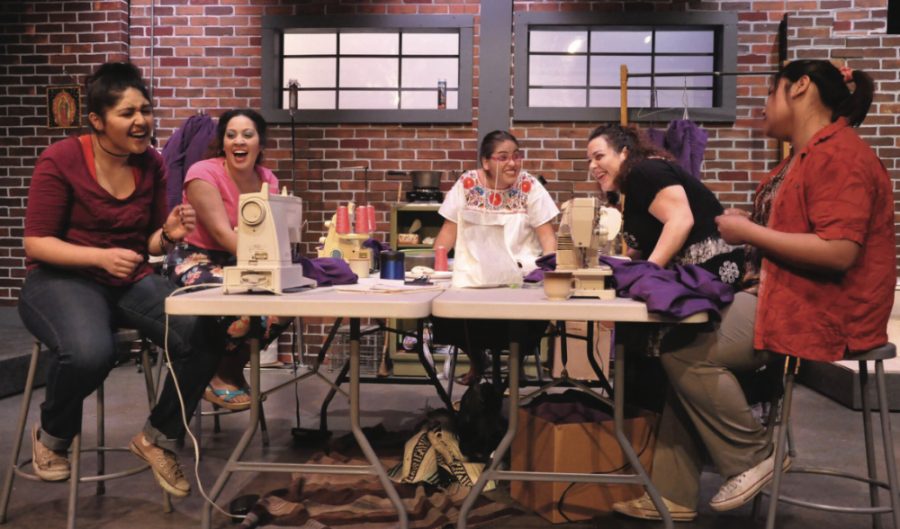 “Auditions for Fall Shows: November and Real Women Have Curves.”

I stopped walking and I reread the ad for Stage Center Theatre’s 2016 Fall shows. As a second year student at NEIU, I hadn’t auditioned for any of SCT’s shows. With little to no experience, I felt like there was no chance of me getting a callback.

Many students think and feel the same way I felt last semester, so they do what I did when I saw the poster: I kept on walking down building C.

NEIU students should audition for these plays because it enhances their team building skills, improves public speaking skills and allows for new friendships to form.

Stage Center Theatre has produced many shows over the years, with decent turnouts of students. However, in my most humble perspective, these students are mostly people in the CMT-Theatre department and local actors that are already known for their acting abilities.

The thought of me potentially competing against experienced actors made me doubt myself. I constantly listed my disadvantages, psyching myself out in hopes of discouraging my desire to audition for a part in Real Women Have Curves.

I didn’t want to face the possibility of rejection. Unfortunately, in theatre, rejection is guaranteed along the way, and that scared the hell out of me. I went to the audition anyway.

As I rehearsed quietly outside of Stage Center Theatre on Aug. 29, monologue in my shaking hand and an echoing hall with other actors scattered ahead of me, I let go of my self-doubt. Once my name was called, I focused on the words on the page and I just read.

Mary Kroeck, the director of the play, called me that Friday. “I would like to offer you the role of Estela.” I was shocked. Our first meeting together as a cast consisted of us introducing ourselves. The first thing I learned about my fellow cast members was that they were somehow all connected to the CMT department or are already experienced actresses.

I was the only one with an English and a philosophy background.

With each passing rehearsal, it became clear that we all had to depend and trust each other—and that terrified me. As a person that doesn’t trust others easily, rehearsing with the actresses forced me to trust—and quickly! I had to trust that these actresses would learn their lines and give their all so that we wouldn’t look like fools when it was show-time. Trust that they had my back if I messed up, trust that we were all reliable. In the end, that trust was the platform that allowed us to become more than fellow cast members, but friends.

Every rehearsal we did an exercise called “Roses and Thorns,” where we would talk to each other about our day: what made us happy (the rose), and what agitated or upset us (the thorn). After some time, we all gradually confined in each other voluntarily. And we cared. We formed a bond that’s unbreakable, and I’ll forever be grateful for them.

Trust and friendship made way for team building. We trusted each other, we communicated and we helped one another in our personal and acting life, so that we can all make our show the best that it could be.

I threw up from nerves; I doubted my confidence. If it weren’t for my friends, I probably would have gone on stage with no words to say. To boost my confidence, they reminded me that we’ve been preparing for three months–that we had this!

I relied on them to make me a better actress. Before that show, we all went on stage and prayed. Our prayer circle become our tradition before every show, and that helped me calm my nerves.

Our last show was probably our toughest one to prep. I remember feeling sort of nostalgic. After that show, there wouldn’t be any more rehearsals, no more prepping props or helping each other with our costumes and makeup. No more funny videos backstage of us dancing and being silly. No more prayer circles.

However, after two weeks full of great reviews and reactions from our student body, faculty, and staff, I felt proud. Sadness was inevitable, especially after spending non-stop time with my girls, but feeling proud of our work overpowered that sadness. Our last prayer circle was emotional, to say the least, and our good-bye bittersweet.

The point of this article and reflection is to not be afraid to audition. Sure, there’s the possibility of rejection, but there’s also of hope. It’s time consuming and a bit tedious at times, especially if you’re a full-time student that works and volunteers frequently, but the outcome is positively priceless. After the show, I became more confident in myself; facing a few hundred strangers in your underwear would really help you stop criticizing yourself.

I learned to trust more, and to be a part of a team.

Yet the most important outcome of them all was the friendships I gained. Today, I have four friends that all experienced a unique experience with me, and that binds us to each other.

I will forever be grateful for Tasiana Villalobos, Angelica Hernandez, Jackie Nowotnik, Clarybelle Navarrete, and (of course) Mary Kroeck.