Women’s march: standing up to Trump 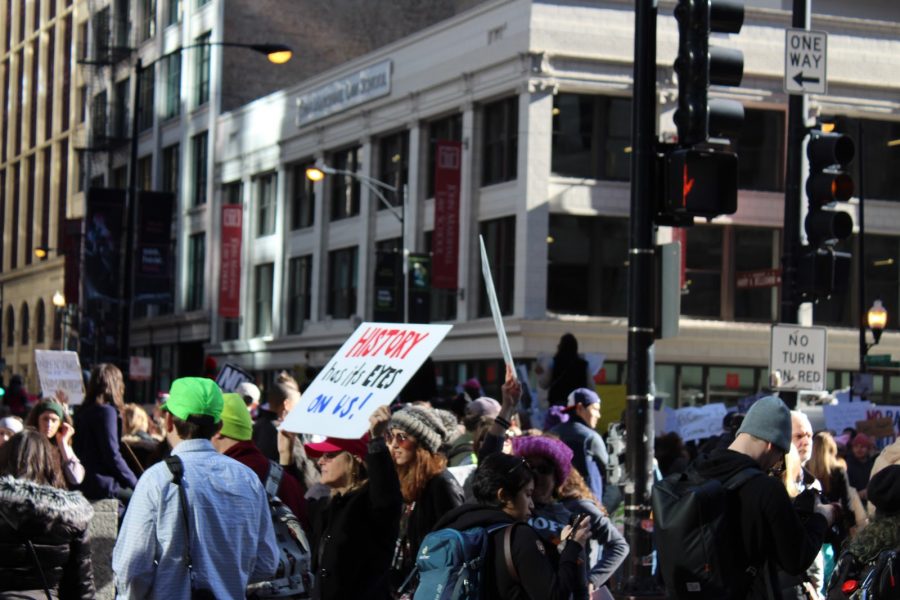 Hundreds of thousands of women showed up all over the world to protest Donald Trump as the new president of the United States.

The day after the inauguration of President Trump, millions of women matched in the streets around the world. In Chicago, organizers of the local march expected around 40,000 participants to gather and walk a few blocks downtown.

The path for the march was scheduled to go from Grant Park to the Daley Center but had to be officially shut down when more than 800,000 protesters showed up for the day of action.

Women were represented on all seven continents and showed their solidarity with pink cat-ear hats and signs illustrating what they were marching for.