Student orgs. give back, raise funds for scholarships 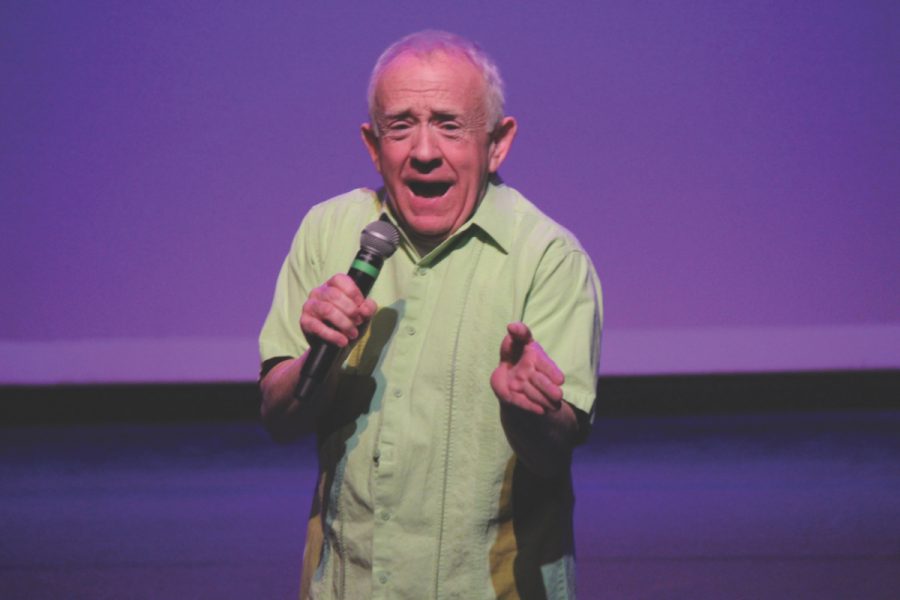 NEIU Gives Back Week concluded Dec. 8 with a comedy showcase from actor and comedian Leslie Jordan. The show was a fundraiser for a new scholarship geared toward LGBTQ students.

“To present a scholarship like this…I can’t imagine how helpful that’s going to be to kids from our community, especially with who’s in the White House,” said Jordan before his performance.

Jordan is an outspoken advocate of LGBTQ rights, perhaps best known for his role on “Will & Grace” as Karen’s (Megan Mullally) arch-nemesis Beverley Leslie.

“You have to understand, twenty years ago we started this organization (we being just a handful of people) called The Trevor Project, which was a support hotline,” Jordan said. “We had 15,000 calls within the first couple of months from LGBTQ youth thinking about suicide because they lived in the Bible Belt.”

The scholarship is still in the development phase as of Jan. 24 and this is the first of round of fundraising for the project, which is a collaboration between several student clubs, SGA and the Pedroso Center.

There is no official name for the scholarship yet. Keep an eye on your targeted announcements, though.

“Nothing is definite but we are trying to work out an open forum to get community feedback,” said Student Government Association treasurer Max Caviness. “We do have a few parameters in mind.”

The tentative plan is for there to be a volunteer component of the scholarship, requiring a certain amount of logged hours at the LGBTQ resource center—located in the Pedroso Center—over the course of a semester. The scholarship will be available for full time students who identify as LGBTQ, both undergraduate and graduate, with a 2.5 minimum GPA.

The event raised $1,130. The scholarship will depend heavily on future fundraising efforts and the projection is that the scholarship award will be $500 per semester at first.

“Another student organization made homemade get well cards for children at Lurie Children’s Hospital.” Caviness said.