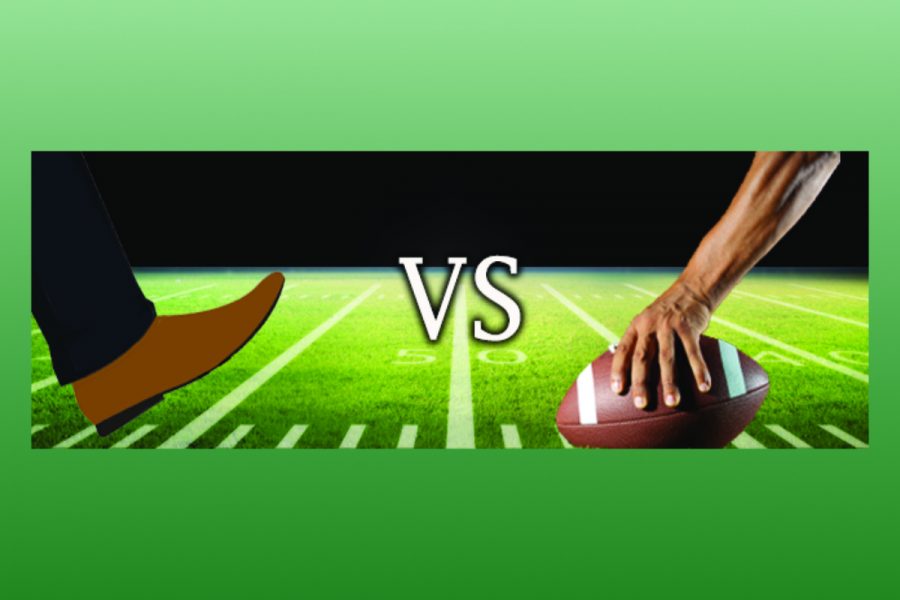 There are roughly 380,000 NCAA student athletes at over 1,000 colleges and universities. While many athletes are there on scholarships, it is believed by many spectators that the only purpose for student athletes is to generate revenue for the schools.

New media and convergence culture are the cause as to why these athletes are exploited and the athletes should be compensated for it.

Atlantic Magazine’s Taylor Branch wrote a controversial Oct. 11 article, detailing how he felt towards colleges and universities make millions of dollars off of student athletes.

Branch claimed, “Without pay, protection, or a voice, college athletes, a large percentage of whom are African Americans, are treated like slaves.”

For some time now, convergence culture has begun to allow student athletes to utilize a combination of new and old media to bolster their case of daily exploitation, through the school’s marketing and publicity campaigns.

If we look at what happened at the University of Missouri during fall 2015, we can see a glimpse of the athletes starting to gain control. They began with a simple purpose: organize a protest to have the president of the school resign, due to his failure to respond appropriately towards racially-driven incidents on the campus. Not long after, their protest evolved into a bigger and broader standoff. Supporters were sharing or retweeting posts, creating videos to show their support and  crowdfunding campaigns to show their commitment to the athletes.

This is a positive outlook of what new media entails, using these different, easily-accessible platforms in media to bring people together across the globe for a common purpose.

Henry Jenkins, a well-known American media scholar and professor at the University of Southern California, tackles the issues of media convergence in ways that relate to the subject of paying student athletes. Jenkins has a weblog – “Confessions of an Aca-Fan” – and explained, “Convergence culture is getting defined top-down by decisions being made in corporate boardrooms and bottom-up by decisions made in teenager’s bedroom. It is shaped by the desires of media conglomerates to expand their empires across multiple platforms and by the desires of consumers to have the media they want where they want it, when they want it, and in the format they want.”

In relation to paying college athletes, Jenkins stated that though the businessmen and women are making the decisions on what’s to be aired in the media, teenagers —well in this case college sports fans — are controlling the content because of their demand to watch these games whenever they want and to indulge in an interactive setting.

This is giving the potential power of paying student athletes over to the people. They’re advertised on their school’s social media websites, on billboards and on national television with little reward.

These players know that their schools and the NCAA are getting paid off of their exploitation. They get a better understanding of convergence every time they see themselves advertised around the country, even if they’re unfamiliar with the theory.

According to Forbes, in the 2014-2015 fiscal year, five college conferences brought in over $250 million. The cash cows for these schools and conferences are the men’s football and basketball teams. Though a small portion of those players further their careers by playing professionally, little is to be said about the smaller team sports like each university’s soccer team, track and field, bowling, and swimming teams, just to name a few.

What could each school could possibly implement is a monthly stipend for student athletes to pay for their dining, living and personal care. The dollar amount could be negotiated at a later time, as long as there’s an agreement that something needs to be done about the lack of financial support for college athletes.

Indeed, college should be education first, but, if the universities are letting outside parties use their school and their players to gain a revenue, then the universities should fight on behalf of the players.

What’s happening is that the money and the schools’ budgets are not proportioned correctly.

“ No one needs to find the money or make a proposal to ask donors for the money,” said Sports Economist Rodney Fort in his article “Why the Arguments Against NCAA Pay-For-Play Suck”

To add to what Fort stated, the top 10 football coaches’ salaries are between $4 million to $8 million, while college basketball coaches are making from $3 million to $7.5 million per season. That’s not including bonuses. More of that money could go to the scholarships, food expenses and a fair stipend for players in each school’s system.

If these colleges and universities plan on continuing to incorporate these student athletes into their marketing campaigns, they need to pay them.

Reinstating the importance of media convergence in this subject, Jenkins said, “Because there is more information out there on any given topic than we can share in our heads, there is an added incentive for us to talk amongst ourselves about the media we consume. This conversation creates buzz and accelerates the circulation of media content consumption has become a collective process.”

Let’s imagine that you’re watching the championship game of the NCAA tournament and it is down to the final minutes. You’re consumed in the action and texting your friends, sharing key plays, and doing everything possible to let others know that they need to watch this. What you’re doing is using multiple media platforms to share information, while gaining a following for yourself as well as the main source of media.

Everyone is benefitting but those players everyone is talking about.

College athletes deserve more than what they are given. The way that anyone can upload player highlights and share it with their friends has become the norm. These players are being exploited in such a way that it makes it nearly impossible for them to defend themselves.