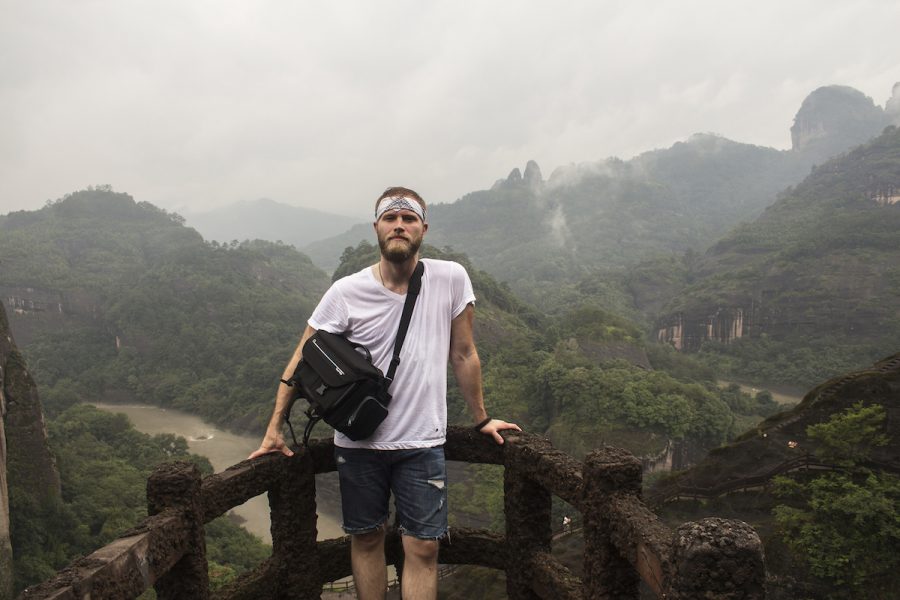 Alec Thorsen is a senior at NEIU, studying art and photography. He graduates in December but it’s not too late to check out his upcoming senior thesis project, Nov. 28 through Dec. 9 in Gallery 217– room 217 in the Fine Arts building.

The exhibit will feature five pieces in which Thorsen explores photographic works that have been reinterpreted using new technology like laser cutters and 3D printers.

For one of the pieces he took a panoramic picture, shot on 35mm film, and rendered it through 3D printing software.

Thorsen said his goal was to take a classic form, such as relief sculpture, and update it using new technology.

“It’s at once old and new and everywhere in between,” Thorsen said.

He used a photo scanner to play with scale. He said this helped him to better understand how the 3D printers work while abstracting the photograph.

Thorsen said he wanted to reference photography through another medium, much like the work of Chuck Close or other abstract painters. Incorporating new technologies in his process felt very natural.

“There are a lot of transferrable skills that play into both art forms,” Thorsen said.

Thorsen is an officer of the Art Club and has helped organize off-campus art shows at Lane Jackson Gallery and Genesis Art Supply.

He said the off-campus exhibitions were a great opportunity for student artists to learn professionalism and gain exposure.

He also helped paint three murals in and around the Albany Park and NEIU area with the Art Club. These works include the mural in the booth at NEIU’s WZRD radio station, the mural on the outside of the Albany Park Community Center and a mural called “Bridge builders” that the Art Club helped produce along with a local artist.

Thorsen has also visited China twice and Korea once through NEIU programs. During the first trip, to China, he studied lacquer techniques using the sap of trees. The second trip to China was a collaboration between the Art and Business departments, to propose public sculptures. His trip to Korea was through the Communication, Media and Theater department and focused on cinema.

Before coming to NEIU, Thorsen studied theater and cinema. He then spent a few years as a stand-up comedian.

He said there was a natural progression from live performance to cinema and short films.

“I wanted more staying power with my audience,” Thorsen said. “I wasn’t getting that with smaller projects and I was surrounded by talented people.”

So in 2015 Thorsen directed and produced a short film called “Bryan Walters” with several of his friends.

From that project, Thorsen figured out that he wanted a more technical understanding of the camera, which led him to NEIU.

Outside of school and his Art Club responsibilities, Thorsen is currently in post-production on a sequel to “Bryan Walters.”

After graduation, Alec hopes to work across many disciplines of the art world.

“I like to have my hand in a lot of things at once,” Thorsen said. “It’s a good way to never get bored.”

Stop by Gallery 217 to check out this and other student art exhibitions. His short film, Bryan Walters, can be viewed at bryanwaltersmovie.com.