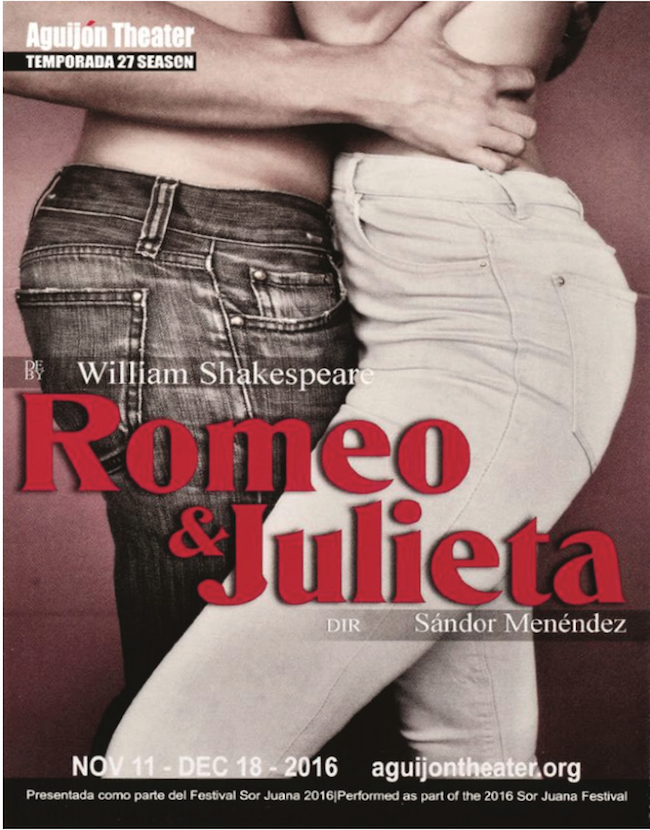 Despite the thousands of times that this famous play has been performed, this modern Spanish-speaking version of Romeo and Juliet is special for Northeastern.

They are connected by one of the stars and main characters of the play, Juliet. The actress that plays this essential role is a student here at NEIU. Clara Navarro is a Spanish international student. She is a 21-year-old senior student of physical theater in Spain that is also studying in the Communication, Media and Theater program here at Northeastern.

However, this play is very unique for reasons beyond just its modern approach. This was one of the newest renditions of William Shakespeare’s classic play.

It is performed entirely in Spanish, with actors of different nationalities. Non-Spanish speakers do not fear: English subtitles are available above the stage. It was perfectly performed by the all-Latino cast of actors, and it was very easy to get lost in the story and stage.

The Aguijon actors and actresses were able to masterfully make use of the small stage and props. They were also able to transform the tiny stage into a town-square, or even as a boxing ring depending on the different scenes of the play.

She has been in Chicago for just three months, but she has definitely made the most of them. For one, she got the role of Juliet above many other talented candidates.

Ever since getting the role, she has been working extremely hard on the character. Since September she has dedicated countless hours on her lines, going to rehearsals frequently, and even working on it in her free time at home. Always trying to reach perfection in her performance.

When describing her work on Juliet she said, “The journey of the construction of the character has been interesting and complicated at the same time, especially at an emotional level.”

“This play, despite the Shakespearian language, provides a young, fresh and musical atmosphere, that we hope is going to captivate the public as much as it captivates us when we are on the stage.” Navarro said.

After a wonderful premier last Friday evening, Navarro, as well as the rest of the cast, seemed to be looking forward to maintaining the high level of energy and to keep improving it as much as possible throughout the season.

Overall, this play is essentially a piece of art, but it’s even more special for the Northeastern community, as one of our amazing students is playing a key role on it.

This version of Romeo and Juliet is going to be performed every Friday through Sunday until Dec. 18 .