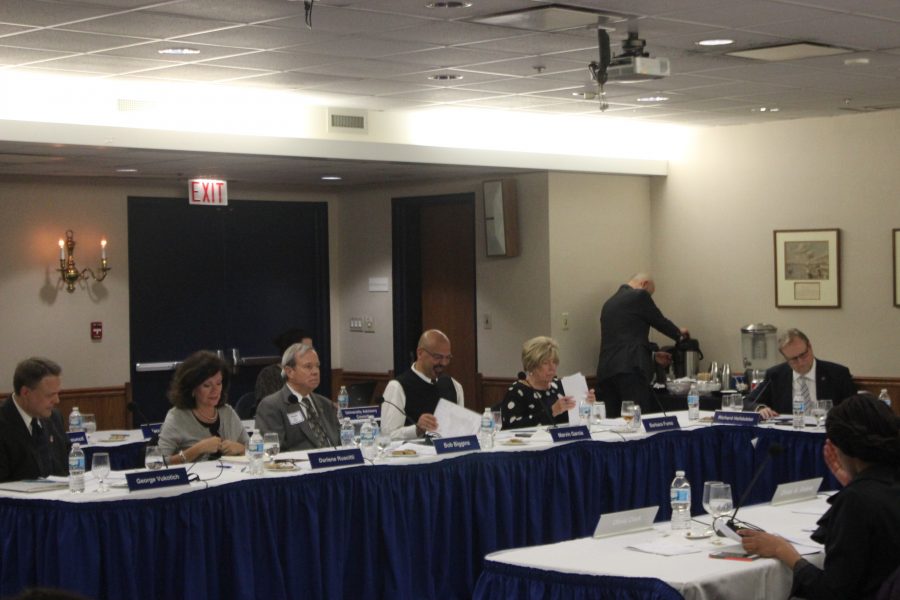 The Board convenes to vote on whether topics raised would go from suggestions to approved decisions.

The Board of Trustees of NEIU decided  to increase tuition and fees effective for fiscal year 2018. They also decided to open a request for proposal process to executive search firms, changes towards overtime regulations and approve a recommended expenditure of more than $100,000.

The vote on tuition means an 8 percent increase, which was recommended by the university finance committee. This fee applies to undergraduates in their first year at NEIU and existing undergraduates attending their seventh year or greater.

According to the president’s report, students “continuing in their second through sixth years of enrollment” will not be impacted by the increase.

Student fees would also be increased by 7 percent.

Graduate enrollment rates are currently 2 percent above the undergraduate rate. The graduate rate will also increase accordingly. This spike in tuition will come on the tail end of approved tuition increases for courses within the College of Business and Management.

“We are very sensitive to and, in fact, we dislike raising tuition and fees,” said Interim President Richard Helldobler. “But we’re in this sort of national environment where appropriations are declining.”

Board Chair Carlos Azcoitia asked what the result would be if the university implemented a 5.5 percent increase and took on the decreased amount of appropriations recommended by Gov. Bruce Rauner.

“The 8 percent is proposed but based on whatever revenue we receive from the state, there’s a possibility of reducing that to 5.5 (percent),” Azcoitia said.

“The university would be expected to cut $4.3 million,” Helldobler said. “If that happens, we’re in a whole lot of hurt. That would be financial exigency.”

The vote on the increases passed 9-2, the vote on opening the RFP process was unanimous.

The Board will select a number of firms who will potentially conduct a national search for  presidential candidates. Firms will submit a request for proposal to the Board. If a firm’s RFP is selected, the firm would give a presentation and the Board chooses who will represent NEIU.

“It is the consensus of the executive committee that a Request for Proposal or RFP process be used to select an executive search firm,” Helldobler read from the president’s report.

Votes were not as streamlined towards changes in the Fair Labor Standards Act.

The FLSA is the law that regulates items such as minimum wage and overtime pay. According to the president’s report, employees making more than $23,660 but less than $47, 476 will become non-exempt and this would become effective Dec. 1 including “some FLSA exceptions for teaching and academic administration.”

Additionally, a limited number of positions currently grouped as Administrative and Professional will now be changed to Civil Service.

“The university recommends this change to the Board regulations to serve in the best interest of the university,” Helldobler said.

The expenditure of approximately $200,000 for maintenance during the winter months was also brought to the Board for approval. This expenditure would contract a vendor to remove snow during the months of mid-November 2016 through early March 2017.

“We discussed this in committee, we hope it doesn’t snow,” Azcoitia said.

The vote on the removal of snow around main campus and El Centro was unanimous.