The alt-right across the Atlantic 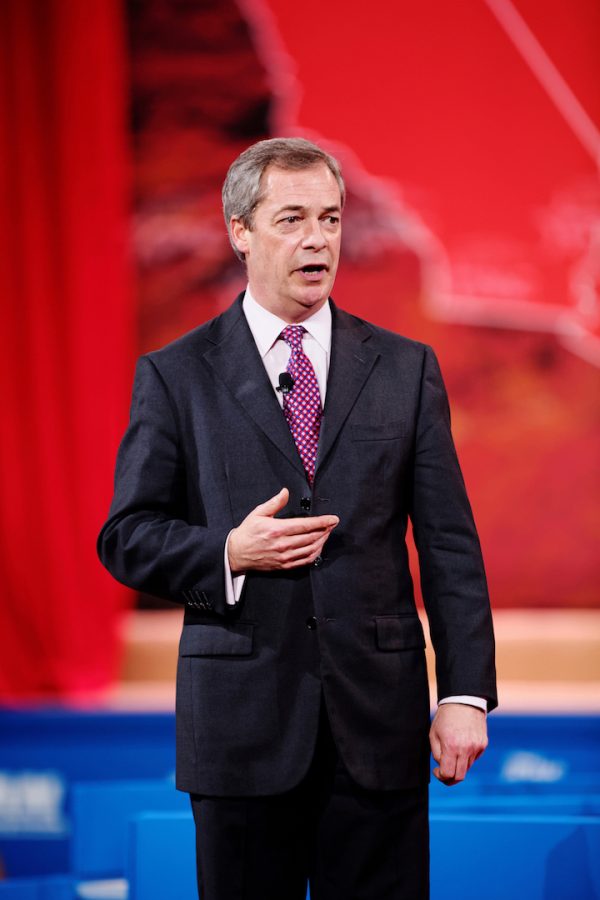 Farage, the leader of the U.K. Independence Party, has been Trump’s counterpart in U.K. by marginalizing minorities to gain political momentum.

According to a report from the National Police Chief’s Council, since the June 23 British referendum to vote in favor of leaving the European Union, race driven hate crimes have risen by 42 percent compared to June 2015, condemning immigrants of the U.K. from their respective countries. Similarly, since the U.S. Presidential Election on Nov. 8, many media outlets have reported national student protests in cities like Los Angeles, Denver, Ft. Lauderdale and Chicago. More than 200 cases of hate crimes have been reported from the Southern Poverty Law Center.

Not only are the social unrests becoming familiar, but so are both Trump and U.K. Independence Party leader Nigel Farage.

Farage met with Trump on Nov. 12 at Trump Tower in New York, which resulted in, according to a Trump aide, “a very productive” meeting.

“It was a great honour to spend time with Donald Trump today. He was relaxed, and full of good ideas,” Farage wrote on his Facebook picture with Trump. “I’m confident he will be a good President. His support for the US-UK relationship is very strong. This is a man with whom we can do business.”

Though the U.K. and U.S. are in two different hemispheres, the nationalist movements in both countries are eerily similar in the message and approach. A U.K. independent nationalist and a Trump nationalist have a lot in common – the desire to impose stronger immigration regulation for their homeland, a sense of protecting traditional values and a return to prosperous times in their respective country’s history.

The real distinction between the campaigns of the U.K. Independence Party and that of Trump is in the voters’ motives and collective thoughts of minorities. The voters of the United Kingdom were concerned with the progress and lone strength of their country in the European Union, whereas Trump’s voters chose him with the acknowledgement of his negative and inappropriate comments against the LGBTQ community, the disabled community, women, black Americans, Muslims, army veterans and even members of the Republican Party.

Farage expressed his approval in sharing political views and actions to strengthen the relationship of the United States and the United Kingdom, especially praising Trump’s intent to place Jacob Epstein’s bust of Winston Churchill back in the Oval Office.

“Especially pleased at @realDonaldTrump‘s very positive reaction to idea that Sir Winston Churchill’s bust should be put back in Oval Office,” Farage tweeted on Nov. 12.

The bust was removed after a loan by the British government to George W. Bush from 2001 to 2009,  the same time President Obama was put in office.

Besides replacing the bust back into the office, Farage resonated with Trump in the recognition of both governments’ contributions to each other, according to an interview with Fox News on the same day.

“Trump is an anglophile. He understands and recognises what our two great nations have done together, between us, and thank goodness we’re coming to the end of an American president who loathed us,” Farage stated.

This interview gives an impression of the closeness of Farage and Trump’s agendas, and reflects Farage’s perception of Obama’s communications. Though Trump and Farage may build a strong bond and contribute to both sides, their plans to resolve their countries’ cultural divide remain unknown.

Some media outlets encouraged the need to unify under the leadership of Trump, some analyzed the different things that contributed to Trump’s rise and others emphasize a message to fight the opposing the side.

The mainstream media is stuck in a divide over which tactic will ease the tensions between liberals and conservatives, much like how the public is stuck finding their individual resolutions for avoiding conflict. Is anyone really correct in this situation? The answer is no, because both opinions do not place enough of an emphasis on careful planning and understanding of both sides.

The closest to a resolution we will ever come to for this post-election atmosphere is to consider all perspectives of the choices made so far. There is always a hidden side to every decision made by any politician, whether it’s the ‘official’ story or their legitimate agenda. The most important views to take from the election are the true powers of the U.S. citizen and the deceptive nature of politics and mainstream sensationalist media.

The goal to keep in mind through instilling change in the nation is to know that politicians are in no obligation to uphold the voice of the people. Sometimes, politicians just say things to gain votes, like how Trump marginalized minorities to appeal to white voters and minorities going against their set of values.

In an age where information becomes easier to receive every year, and technology makes opinions and facts more accessible, it is too simple to go with the message of the media and believe a person is contributing enough to the cause. Even if the U.K. and U.S. come to agreements, those agreements may not reflect the beliefs and struggles of what their countries express.

The abusive power of the politicians and the media always comes from the people foolish enough to allow it to happen through their uneducated vote and passive feelings. Whether a politician is liberal, conservative or in another part of the spectrum, dishonesty is an integral tool for anyone engaged in politics, even for those simply commentating on it.

No matter what efforts are made to unite the cultures of any nation to the United States, the people must be able to distinguish talk from action. When politicians actually do what they say they would instead of leaving their words for the media to manipulatively serve to the U.S. audience.