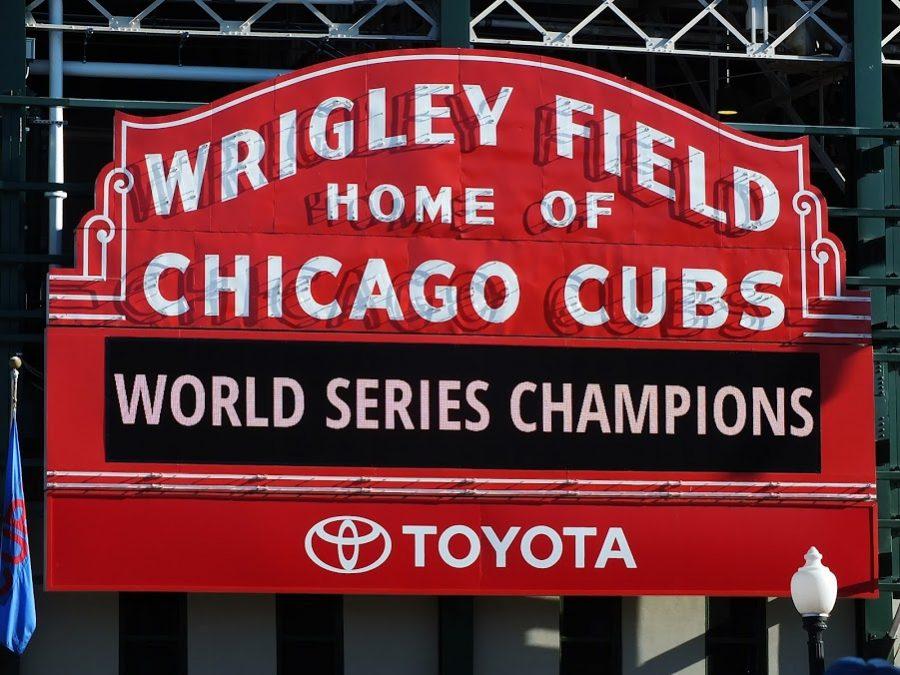 The Chicago Cubs are the 2016 baseball champions of the world.

The Chicago Cubs ended their 108-year championship drought by beating the Cleveland Indians 8-7 in extra innings in Game 7 of the World Series on Nov 2.

To actually express what the win means is a little difficult because it’s more than just a championship.

It’s bigger than that.

The win is bigger than baseball.

Born and bred in the captivity of curses where losing was all that was known, 5 million Cubs fans rejoiced and not only celebrated with each other at the World Series parade in Grant Park, but with their loved ones whom they lost without witnessing this moment.

At the rally, Cubs General Manager Theo Epstein thanked Cubs greats Ernie Banks and Ron Santo for sending down the rain that caused the delay that allowed the Cubs to recuperate and score twice in the top of the 10th inning.

When my grandfather passed away in 2008, my father turned to me all teary eyed and said, “He never saw the Cubs win.”

Various news outlets reported about Cubs fan, Wayne Williams, who drove from North Carolina to Indiana to honor a pact he had with his father. They agreed that when the Cubs make it to the World Series, they would listen to it together. So Williams set up a chair, draped the “W” flag around it, and listened to the game with his father at his father’s grave site.

One fan brought chalk to Wrigley Field and wrote their late loved one’s name on the side of stadium, leaving the chalk behind so others can do the same. Hours later, the stadium was covered with the names fans who were not around to see them win.

“People are just leaving the chalk for the next person,” a fan outside the stadium said on Nov. 3. “It honestly felt like the Western Wall in Israel.”

This team made millions upon millions of people feel something nobody alive today has felt.

Finally, the weight of goats, cats and Bartman’s curse from the past century has been lifted and fans can breathe easy because the Cubs are no longer the “Loveable Losers.”

Although the final game of the series had storybook ending, this is not just another underdog story.

The Cubs were the best team in baseball from start to finish and were predicted by many to win the World Series.

And this is just the start of something entirely new.