American and Spanish politics: a comparison 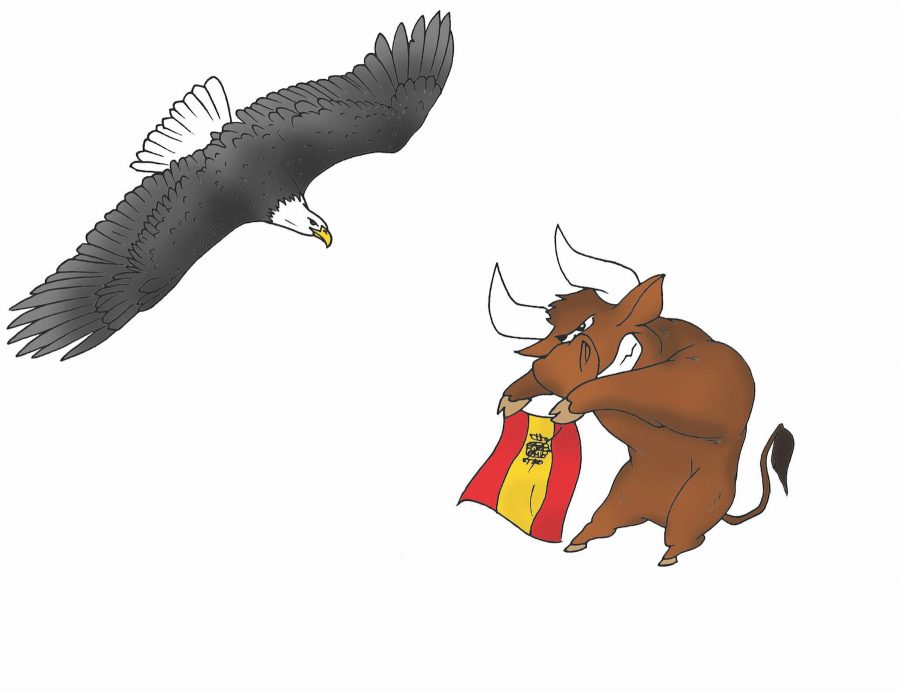 The political system of a country is one of the key elements when it comes to shape a country’s society. Politics permeate every aspect of social life, influencing our daily lives more than we expect. Within the western countries all political systems seem to be quite similar, as they are all known for being democratic at some level.

Historical events, tradition, socioeconomic differences or the belonging to supranational organizations are some of the factors that make these two western democracies quite unlike, despite the basic features all regimes considered to be democratic share.

The United States of America is one of the most powerful countries in the world, so the decisions its government makes effect not only American citizens, but many other people, in many other places around the globe. How the American government is organized and the way it works differ a lot from other western democracies, such as the european ones.

The US government system is presidential, this is, the head of the government is also head of state and leads an executive branch that is separate from the legislative branch. Traditionally, the American democracy has always been two-party predominant, being the Democrat Party and the Republican Party the main political groups, always alternating their power in the government.

Currently, with the upcoming elections in the US, we can clearly see the struggle between these two main parties between both Democratic and Republican presidential candidates. As surveys show, this presidential election is actually going to be one of the tightest in recent times, with the American society clearly polarized after eight years of Democrat Barack Obama’s term. Economic crisis, immigration, foreign policy are some of the factors that make American society deeply divided, at some level dissatisfied with both of the current candidates and their proposals for these issues.

However, America is not the only country suffering a social and political crisis. Spain is currently witnessing one of the largest socio-political crises of its young democracy. The Spanish political system is, in contrast to the American, a parliamentary system. This means the executive branch derives its democratic legitimacy from the legislature (parliament) and is also held accountable to that legislature.

Since its harsh beginning in 1975 after 40 years of fascist dictatorship, the Spanish democracy has always been characterized by the predominance of two ideological opposite parties, one conservative (PP) and one socialist (PSOE). These two groups have ruled the country since the Spanish system finally turned democratic, going through both prosperous and hard times.

However, when a political party has history running the country for a long time, it is more likely to have several corruption cases within its members, bringing down all the credibility and regard that they could once have. This is exactly what has happened in Spain in recent years, when society has finally found out how corrupt and unfaithful both of the historical parties are, discovering the corruptive practices they have been implementing for decades, behind Justice’s and society’s back.

At this point, current  political forces have arisen in the country bringing back hope and enthusiasm to Spanish society, traditionally highly politicized. In this context, Spain faced its last elections, celebrated on Dec. 20, with a whole different mind, because of this multi-party new situation. Scepticism, intrigue and a bit of fear permeated the Spanish society that day, as the two newly released parties seemed to beat the traditional ones, what would create a completely new situation in which the ones that have always held the power would suddenly lose it.

Finally, the two new parties didn’t get more votes than the old ones, as people voted with the influence of the fear factor, consciously spread by the traditional power holders, that of course were not willing to lose their power. However, the new forces got a relatively significant amount of the votes, forcing the old traditional parties to negotiate with each other, facing a situation to which they are not used to at all, as they had always occupied the role of either the government or the opposition.

As expected, all the parties were not able to effectively negotiate in the parliament and get to an agreement about who would be the one running the government, so a second round of elections was needed. Spanish society voted again on June 26, getting similar results to the ones in the first round, and forcing all the parties to negotiate, talk to each other and reach a consensus again. In other words, to actually do their job.

None of the members of the parties seems to change their mind, yield or reconsider some of the proposals after this second round. So they are still stuck in this situation, reaching a highly probable third round of elections. This blockade is increasing the anger and impatience of Spanish citizens, that are lacking a proper government since last Dec. due to the failure of its politicians when it comes to do their job.

The American and Spanish current political situations side-by-side, we realize some of the traditional western democracies are having trouble facing social changes. It shows that they might not be as strong as they seem during boom periods.

Despite the differences between these two systems, we can see a common feature in them. How their current politicians and their behaviors and attitudes towards society, towards each other and towards the issues they are supposed to face, are making both country’s citizens lose hope, interest and faith in their governments and their capability just to name a few.