Recap of the vice-presidential debate 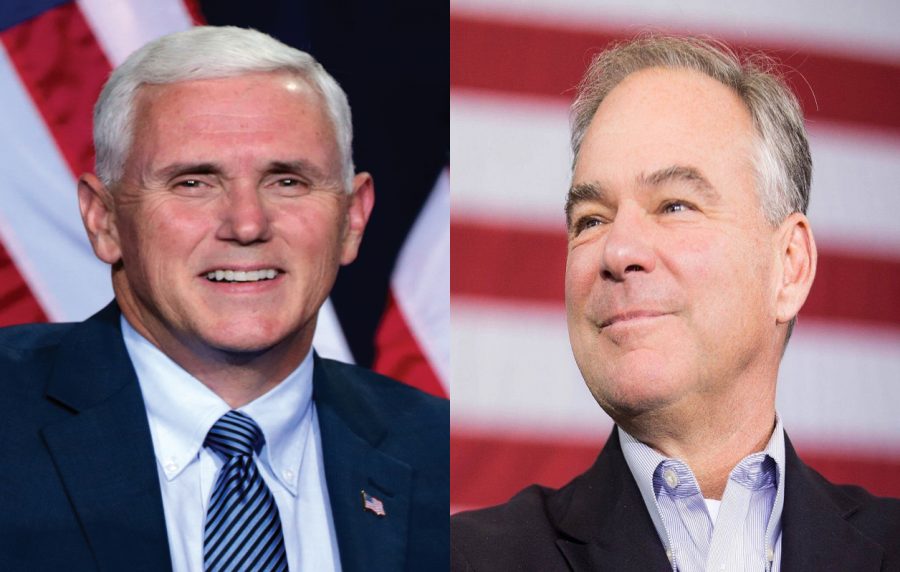 Vice-presidential candidates Democratic Sen. Tim Kaine of Virginia and Republican Gov. Mike Pence of Indiana acknowledged each other peacefully at the vice-presidential debate on Oct. 4.

CBS News reporter Elaine Quijano moderated the debate and asked the opening question using a quote from ID-Lloyd Benson. Benson said that the vice-presidential debate was not about the qualifications for the vice presidency, but if tragedy were to occur the vice president would have to be able to step in without any margin for error to take on the role as commander-in-chief.

“What is the quality, temperament and experience that you have that would help you to step into that role?” Quijano asked.

Kaine opened by referencing a woman named Barbara Johns who staged a walkout at her school to protest school segregation that led to Brown vs. Board of Education. He said that he desired to make the classroom safer and help the nation with his experience of serving in government. He said he has complete trust in Hillary Clinton and his view is that his role is to be her right-hand person.

Pence stated that this country has a failing economy and health care. He said he is the son of immigrants. He added that he would bring a lifetime of experience gained serving as governor.

This discussion ended within five minutes into the debate with Kaine defending Clinton’s actions as accepting foreign contributions while she was secretary of state. He added that Clinton worked with the Russians to decrease their weapons.

Each candidate then answered the questions about the national debt.  Pence stated that Indiana has cut unemployment in half and claimed a plan of 4 percent growth.

Kaine proposed free college tuition for families that earn under $125,000 yearly, equal pay for women, raising the minimum wage and a tax plan that would provide tax relief for small businesses.

When asked about what they would do to protect Social Security, Kaine said that they will never, ever engage in a scheme to privatize Social Security and will stand against efforts to do so by focusing on lifting the payroll tax cap. On the other hand, Pence said that the Trump/Pence team will keep their obligations to their seniors and cut taxes.

Quijano asked if society is asking too much of police officers. Kaine stated that the way to make communities and police safer is to build bonds between the two. He supports gun ownership. He feels that we can support the Second Amendment and ensure background checks are already done in order to curb gun violence.

Pence said they want to put the safety of the American people first and contends that America is not as safe under President Obama. He said that they purport removing aliens who are criminals but no plans on those who are here and are not criminals.

Kaine said he wants to provide a path to citizenship for those who work hard, pay taxes while also enforcing border control.  He also said he and Clinton would form alliances with countries.

As Quijano attempted to ask about Syria, the debate spiraled into a tirade between the two candidates about Clinton’s private email server containing classified information. But Quijano steered the discussion back to Syria and asked what would be done to help the Syrian civilians who are under attack by Russia. Pence suggested rebuilding the military and establishing a safe zone to be able to combat these attacks.

Kaine said Clinton has the ability to stand up to Russia. He agreed that there needs to be a safe zone. Kaine then raised the controversy around Trump’s taxes multiple multiple times throughout the debate.

Pence shot back in defense and said, “Don’t you take deductions? The safe zones would have to be prepared to work with allies in the region to supply safe passage for citizens.”

The two running mates participated in the only vice-presidential debate of the 2016 election.