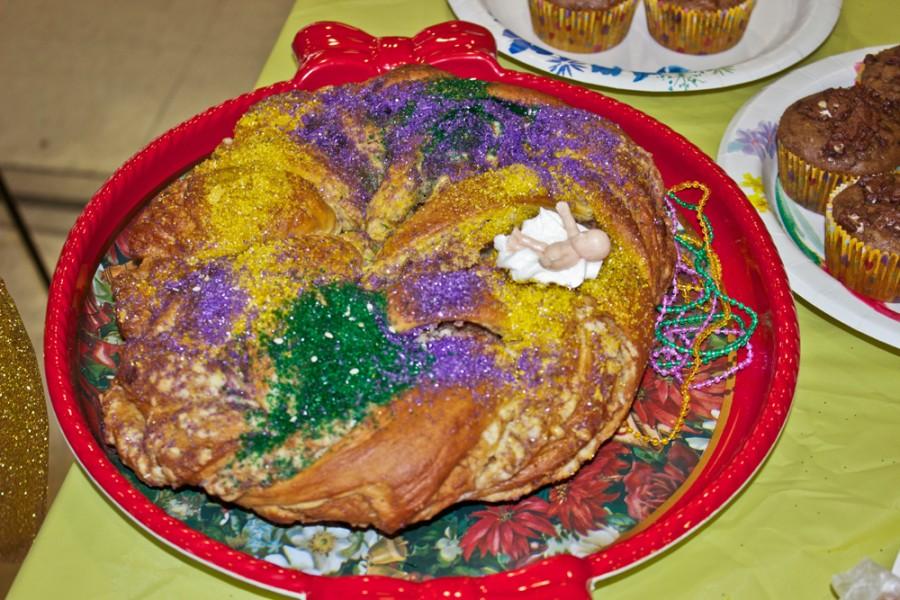 The fun and pageantry of Mardi Gras visited the Student Union thanks to the Northeastern Illinois University (NEIU) French Club on Feb. 13, 2013. Participating students made colorful Mardi Gras masquerade masks and enjoyed a brief recount of the historical connections that both Mardi Gras and the event’s home city, New Orleans, have with French celebratory culture. “Many people don’t realize that Mardi Gras and New Orleans have a deep connection to France and French culture,” said Antoinette Senjanovich, president of the French Club.

Along with the masquerade crafting table, the French Club also held a bake sale, offering some of Mardi Gras’ most famous and delicious treats. Gâteau des Rois, or King Cake, a frosted cake with a baby-shaped trinket baked inside, is a classic Mardi Gras delicacy. The lucky owner of the cake slice with the baby trinket inside becomes “king for a day” among their friends. King Cake, along with French fruit squares called clafoutis and several kinds of crepes were available for students interested in a taste of France at the Mardi Gras bake sale.