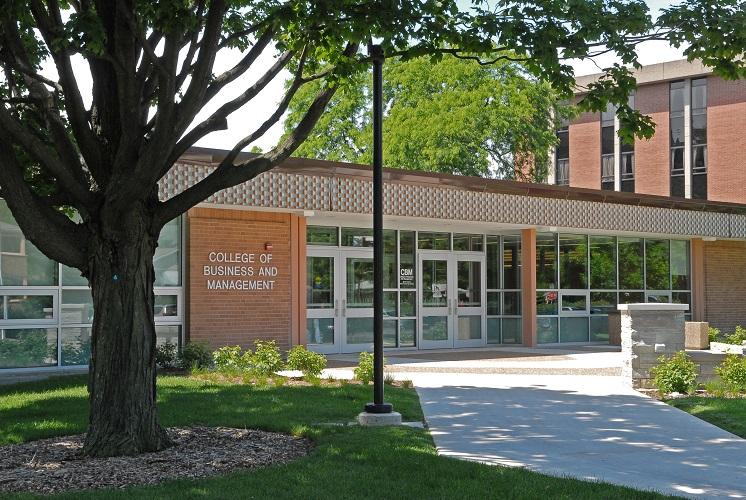 Future students and alum will get to enjoy a more marketable degree employers seek.

NEIU’S College of Business and Management has attained the highest accreditation that a business school can earn: recognition from The Association to Advance Collegiate Schools of Business International. The accreditation was official as of Aug. 9, 2016.

“It’s a specialized accreditation,” said COBM Dean Michael Bedell. “You really have to meet the standards that exist. It’s about ensuring quality.”

According to the AACSB website, 761 business schools stretching across 52 countries are accredited.

AACSB began in 1916 and is the oldest accrediting body for business schools. Less than 5 percent of schools globally are accredited.

“It’s a market quality,” he said. “And so that should really increase the value of the degree.”

The new accreditation affects both current and past students because it impacts the value and desirability to potential employers of a candidate graduating out of NEIU with a business degree.

“There are employers who don’t want a student that comes out of just any business program,” Bedell said. “It should make them more marketable. You wouldn’t go to a doctor that didn’t take the time to sit for the medical boards. You wouldn’t go to an accountant who wasn’t a CPA.”

The new status of COBM will not be printed on future degrees. However, NEIU is a state university based in Chicago with the prestigious accreditation shared with business institutions like Northwestern University, DePaul University, University of Illinois and University of Chicago.

“Effectively this business school subjected itself to voluntary scrutiny by its peers and said, ‘Are we the best?’” Bedell said. “It’s really an opportunity to keep us connected to (the) industry and that’s part of what this accreditation requires you to do.”

The initial steps toward accreditation include a formal notification and application from the school in question to AACSB wherein afterwards AACSB assigns the school a mentor. For example, the mentor for NEIU was the dean from Texas A&M Corpus Christi. The school then does an assessment of itself and its curricula in order to make certain that AACSB standards are being met.

“There are 21 standards,” Bedell said. “Only 20 applied because we don’t have any doctoral programs.”

When asked whether or not classes will evolve or become more difficult in order to compete with the private universities and fellow public universities, Bedell said that it is not about how hard the classes are but about the content taught.

Bedell said that he hopes that the future of the COBM is growth.

“We now have a high-quality stamp on the college of business,” he said. “If I can give you high-quality, low cost and I can do diversity better than anybody else in Chicago—if not most of the country—that’s kind of a great combination.”