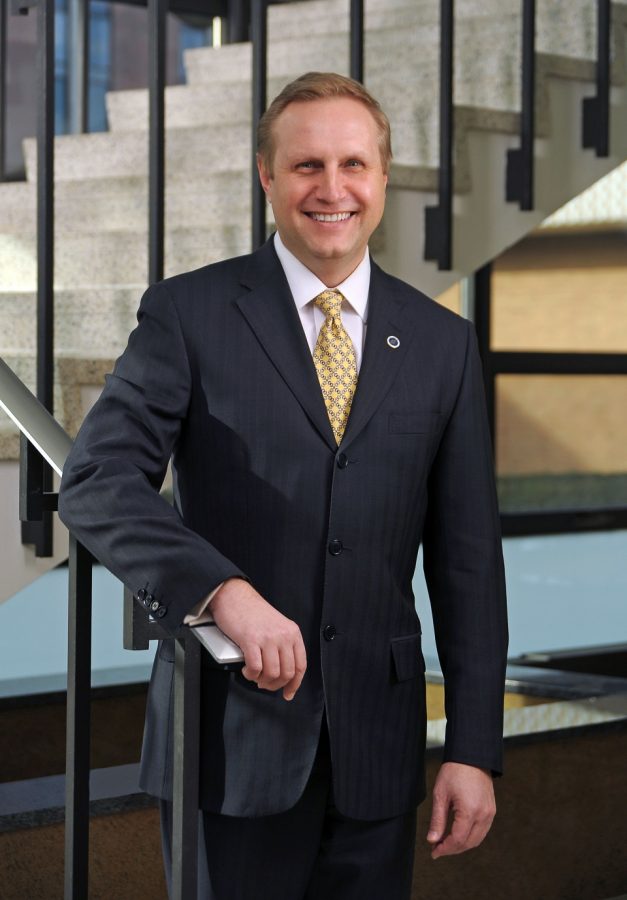 As his interim status is set to go into effect Oct. 1, Helldobler said in an email that discussions for his replacement are currently underway.

“I’m honored that they’ve given me this opportunity.” Helldobler said. “There are some times that it’s overwhelming. I have an opportunity to make a difference in student success.”

During his time as provost, Helldobler witnessed the changes the university has gone through since he first stepped on to the campus.

“What I found was this incredibly special, interesting place but an academic affairs division that really hadn’t adopted a lot of best practices,” he said. “So a lot of the things that we were doing were sort of current things around 15 years ago.”

In regards to the provost’s interim status, SGA President Nicholas Martinez said, “Having Provost Helldobler as our president, I guess, was something that needed to happen only for the fact that President Hahs was leaving.”

A resolution sponsored by Secretary Jessica Alaniz and Treasurer Max Caviness, co-sponsored and signed by Vice-President Yessica Garcia, and signed by President Nicholas Martinez on July 11 stated concerns that, “Provost Helldobler does not have the experience to lead a University through the difficult time that we currently see within our State.”

“Dr. Lopez has been a great asset to the student body and has done everything possible to improve the student experience within Northeastern Illinois University,” according to the resolution.

Martinez said on Aug. 10 through Facebook Messenger that he looks forward to the next chapter at NEIU.

“I was not expecting things to happen the way they did, however I look forward to a new beginning and hope that in this year I and Helldobler can accomplish much together. We have many differences but we are stronger together than apart,” Martinez said.

In an Aug. 15 email, Helldobler said he feels very qualified and excited to take on this new responsibility.

“I have 28 years of experience in higher education,” Helldobler said. “I have held every position in the traditional trajectory leading up to the presidency. I have been an assistant, associate and full professor; department chair; dean of liberal arts; associate provost and provost.”

Helldobler was an American Council on Education Fellow, which he said, “is higher education’s premier leadership experience” and he is also a graduate of the Harvard Executive Management Institute.

Helldobler has experience working through difficult budgets in Pennsylvania and West Virginia and he said, “has provided valuable context for the current situation in Illinois.”

As far as applying for the position, Helldobler said he is undecided.

“I think it would be a mistake to just appoint someone as the president without a national search,” he said. “I welcome a national search. Whether I’m an applicant or not, I think I will wait and see.”

His appointment comes at a time when NEIU is going through a stopgap budget from the state of Illinois that it set to keep the school afloat until the U.S. presidential elections in November.

“We’re hopeful that after the November elections that there will be a budget for the balance of this year and that we’ll have a normal budget cycle for next year,” Helldobler said. “I think that’s what we’re hoping for and what we’re advocating for. What I want students to know and I want faculty and staff to know is that right now we’re stable.

As to whether or not there would be a spring semester, the interim president answered, “Of course,” without hesitation.