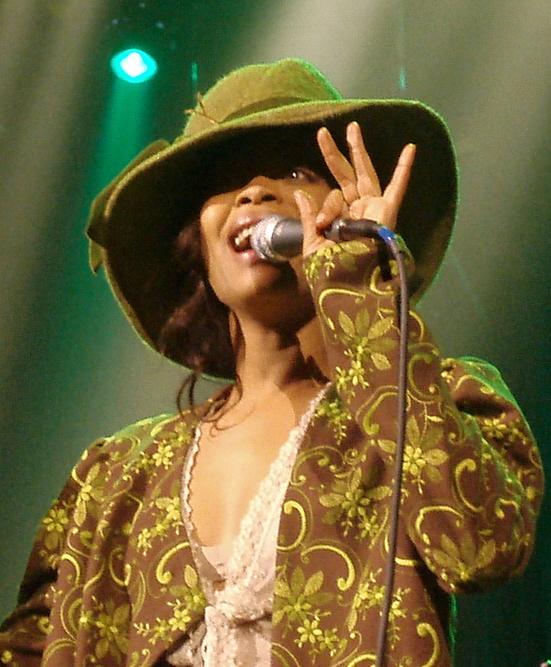 In honor of Women’s History Month, five staff members of the Independent wrote about a woman who inspires them in their work and their everyday life:

There is only one woman who inspires me every day:  Staceyann Chin. Chin is a Chinese, Afro-Jamaican spoken-word poet, essayist and LGBT political activist whose passionate and animated readings continually inspire my writing. Her poems “If Only Out of Vanity” and “Not My Fault” are so clever and relatable I am always moved by them. She is powerful, intense, brutal, thought-provoking and true. Every time I hear one of her poems, I push myself even harder so that I can write with same clear vision and dedication that she writes with. Every day, Chin helps inform not only the type of writer, but the type of woman I want to be.

Erica Abi Wright aka Erykah Badu is not just a singer, but also a true artist. When asked if she suffered for her art in a 2012 Guardian interview she stated, “Yes, I do; I suffer bleeding, sweating, crying, suffocating, being crushed. I think that’s part of what art is made of.” She pours her entire being into her music and that’s what makes it so good. She comes from a real place. Her lyrics express the exploration of her African heritage, her personal insecurities and social concerns like  institutional racism, urban violence, the abuse of power, complacency and cultural identity. She IS her craft. There is no separating the two. As an artist, as a woman, as a mother, the way she is honest in her life and work is something that inspires me.

My goal in life is to be a classic rock DJ. Classic rock radio has few female DJs. I discovered this was my calling when I was studying in Canada, which is the birthplace of one of the best female DJs of all time, Rosalie Trombley. She was the music director of CKLW, one of the most influential top 40 stations. She was immortalised in the Bob Seger song “Rosalie” and one lyric that stands out to me is “She knows music.” Like her I am shy and I know and love music. I want to be like her.

Gwendolyn Brooks died in 2000 at 83. For many students she’s just a name that gets studied during the few weeks dedicated to black history month. However, she was not only one of the first women to win a Pulitzer but the first person of color to do so. I have a voice because of women like her. I have a voice because I write. I write because of women who wrote. When I first read “We Real Cool” in high school— a poem of less than 35 words—it  had a fine impact on my future. I knew then that I would always be a writer regardless of what I’m doing to make ends meet. I am a writer and I have Ms. Brooks to thank for it.

The woman that I admire was not in the arts but the sciences. She was an intellectual woman during a time when it was a laughable notion for women to want an education or challenge men in academics. She crossed boundaries set up by a society who assumed that a woman couldn’t possibly figure out mathematics or the sciences.  Her name was Marie Curie. She was a sister, a wife, a mother and a scientist (and with the exception of the scientist part) she is very relatable. She earned a lifetime of multiple achievements and she continued to work until her last days. Why was she such a bad a–? Curie was the first woman to win the Nobel Prize and she won it in the field of physics. Not only was she the first woman to win the Nobel Prize, she was the first scientist to win it twice. The second time she won it was in the field of chemistry.  I admire her because later in her life she met French scientist Pierre Curie and they became a duo with which to be reckoned. The husband and wife dynamic couple discovered polonium and radium. She continued his work after he died in 1906.