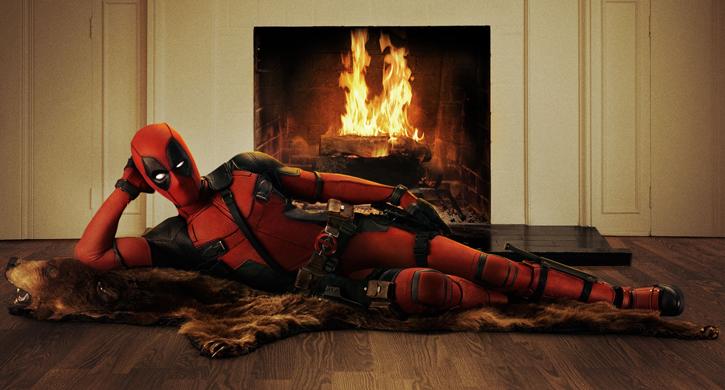 Marvel’s “Merc with a Mouth,” entered our hearts this Valentine’s Day weekend with his own movie; that only took 11 years to make.

Within the first five minutes Deadpool himself warns you that “You’re probably thinking ‘This is a superhero movie, but that guy in the red suit just turned that other guy into a f—— kebab.’ Surprise, this is a different kind of superhero movie.”

Though the character has proven popular with comic book fans, the movie sat on 20th Century Fox’s shelf for over a decade because of its mature nature. Fox did not believe an R rated comic book movie could make money.

In 2014, “leaked” test footage for the film surfaced on the Internet and the overwhelming response from fans caused Fox to greenlight the film, but only for  $58 million, which is considerably small for a superhero movie. “Ant-Man’s” budget was $130 million, and “Captain America: The Winter Soldier” had a $170 million budget.

In less than two weeks, “Deadpool” made over $490 million in the worldwide box-office. Needless to say, it has broken the record for the biggest R-rated film opening of all time.

While there are many Deadpool universes in the comics, the movie does justice to his overall character— violent, bubbly and sadistic with a slight dash of  morality.

In the movie, Wilson discovers that he has terminal cancer, and subjects himself to extreme scientific experiments to find a cure.

The experiments … get out of hand, and Wilson develops accelerated healing superpowers, but he is permanently disfigured from head to toe due to his cancer developing alarmingly fast. His cancer cannot kill him—or anything else for that matter, and he is able to regrow limbs and heal bullet wounds within minutes.

He leaves his girlfriend Vanessa (Morena Boccarin) because he is ashamed of his disfigurement, and he creates his alias, Deadpool, with the help of his bar buddy, Weasel (T.J. Miller). Now he seeks those responsible for his disfigurement, primarily Ajax (Ed Skrein), the main villain, not the dish soap.

Without having the pressure of catering to a PG-13 audience, “Deadpool” is able to truly do the character justice and bring the experience of reading a “Deadpool” comic to the big screen. He is self-aware, vulgar and fun in what is usually a saturated movie genre of serious, dark tones.

It may have a familiar plot, right down to the evil British villain, but it is wholly original in its approach and bombastic—and clearly made with love by the filmmakers.

The film also features X-Men characters Colossus (voiced by Stefan Kapičić) and Negasonic Teenage Warhead (Brianna Hildebrand). X-Men movies are somewhat devoid of color, and often deal with end-of-the-world situations. However, the film utilizes these characters, focusing on their quirks and personalities rather than their actual super powers. Plus, it offers Deadpool a great opportunity to make a jab at Fox; “It’s like the studio didn’t have enough money for any more X-Men.”

Reynolds embraces his role as Deadpool, a role he was born to play and creates a chaotic environment that will leave the viewer rolling in laughter with one-liner after one liner. His one on one conversations with the audience are particularly memorable as he constantly breaks the rules of gravity and time, all while poking fun at other Marvel characters and movies.

PS- Best Stan Lee cameo in a Marvel movie. Ever.