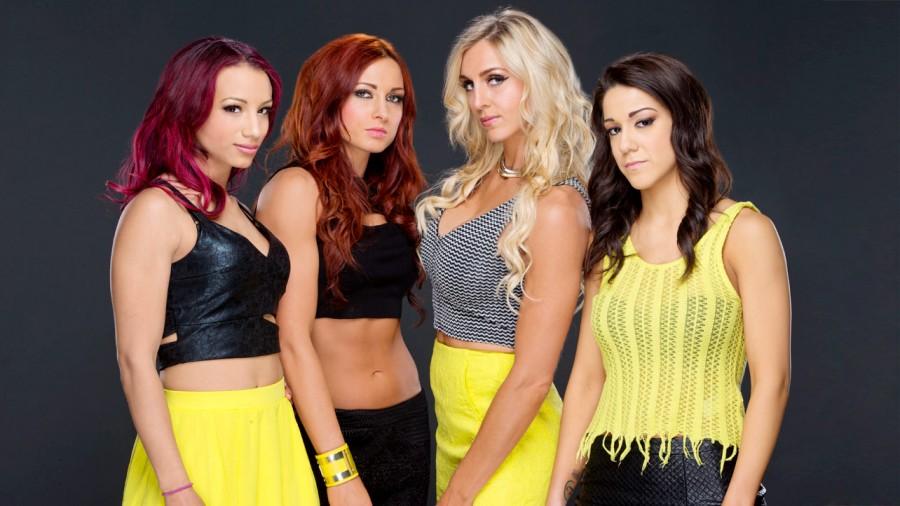 At World Wrestling Entertainment’s most recent Pay-Per-View & WWE Network Event, Fastlane, there were two women’s matches on the fight card. For new wrestling fans that’s nothing special, but to a longtime fan this was a sign of progress. For years women rarely got a match got a match on Pay-Per-View. They were known for being the ring side eye candy that walked out with their famous male counterparts.

The late 90s was the most critically and commercially successful era in professional wrestling. Wrestlers like The Rock, Stone Cold Steve Austin, Triple H and the Undertaker were driving rating through the roof, and the WWE saw a increase in product sales. It was a great time for wrestling, but not a great time for women’s wrestling.

Trish Stratus changed things. She was tan, busty, blonde and fit – but she actually cared about having quality matches. She took the platform that she might’ve been given based on looks, and raised expectations for what could be expected from the women’s division.

Lita pushed the envelope further, though she didn’t have the look of a WWE Diva. She proved that you didn’t have to be tan, busty or blonde to be popular, marketable or attractive. She did moves that mainstream fans had only seen men do, like suicide dives, diving hurricanrana and moonsaults off the top rope.

Furthermore something important happened for women’s wrestling in 2007. The Total Nonstop Action Wrestling (TNA) Knockouts Division was created around the centerpiece of Gail Kim. TNA stopped treating women as eye candy and started treating them as serious, competitive athletes who deserve respect.

TNA signed the best female talent from the independent scene (ODB, Angelina Love, Velvet Sky, Awesome Kong, Madison Rayne) and some of the best talent from WWE (Lisa Marie Varon, Mickie James, Brooke Adams, Taryn Terrell). The Knockouts ended up drawing bigger TV ratings for their segments than the main events of many episodes of Impact (TNA’s TV show). This sent a message to wrestling executives that there was a market for women’s entertainment wrestling, and a significant one at that.

The Knockouts had a run of prominence in the wrestling business from 2007 to the mid 2010s, until the company’s financial troubles thinned out the roster. TNA’s Knockouts Division was the blueprint for NXT’s Women’s Division. The Women of NXT would eventually create a “Divas Revolution,” but revolutions don’t happen overnight. While they were learning in NXT, WWE needed stars to hold their audience over and start the transition on the main roster.

The Bella Twins, Brie and Nikki of E’s Total Divas, followed in the footsteps of Stratus, and were models who learned how to wrestle. Nikki actually became a very good in-ring performer, while Brie is very likable. The Bellas can be credited with proving to the WWE that fans care about the Divas as personalities, through the success of Total Divas.

Other female wrestlers are emerging as stars of this era, and they’re making a name for themselves in the ring.

AJ Lee followed in the footsteps of early-days Lita, as she didn’t have the curvy figure of a prototypical diva, and had a tomboy attitude that fans appreciated.Paige was the first member of the NXT-fueled Divas Revolution to join the WWE roster. Charlotte, daughter of 16-time World Champion Ric Flair has good size and strength.Sasha is the “it girl” of pro wrestling. She has strong character, presence, and in-ring skill. Could be the first black woman to be the face of the women’s division.division. Bayley is the female John Cena. Asuka has a shoot-fighter feel to her, while Carmella is a little girl with a big personality to her.

The WWE has taken great strides to improve the image of their female wrestler. Many would agree that they deserve to be in the ring wrestling and having the same allotted time as the males. It’s more than just cute outfits and glamour for this new generation, and their recognition is a few decades overdue.