“Life is a Team Sport”: Participation Trophies Are Real Enough 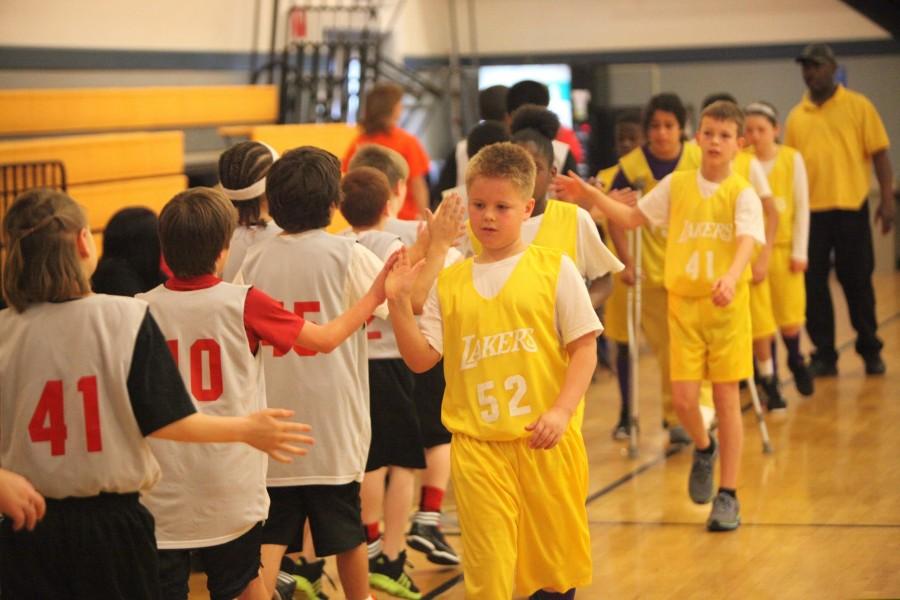 Participation trophies are for exactly that, participating. That too, deserves an award – even if some disagree.

One nay sayer is James Harrison, , outside linebacker for the Pittsburgh Steelers. About five months ago, Harrison took the issue of participation trophies to social media. He created a post featuring a photo of trophies his two sons had received from a youth football camp for “2015 Best of the Batch Next Level Athletics Student-Athlete Awards.”

“I came home to find out my boys received two trophies for nothing, participation trophies!” said Harrison in his post on Instagram.” While I am very proud of my boys for everything they do and will encourage them till the day I die, these trophies will be going back until they EARN a real trophy. I’m sorry I’m not sorry for believing that everything in life should be earned and I’m not about to raise my boys to be men by making them believe that they are entitled to something just because they tried their best…because sometimes your best is not enough, and that should drive you to want to do better…not cry and whine until someone gives you something to shut you up and keep you happy. #harrisonfamilyvalues.”

The NFL hitman has some experience in earning trophies with two super bowls rings, five pro bowl trophies and a few MVP and Defensive Player of the Month awards to put on the shelf. He has  earned a couple trophies, but what about the other guys? Not the Steelers or the Baltimore Ravens or even the Cincinnati Bengals. I’m talking about those guys at Kent State or Coventry High School who showed up to hold the line with him,or even the other team who showed up so his team had someone to play against. Those guys didn’t  earn trophies, they just showed up. However, without their participation, would Harrison be the player he is today?

Participation is a huge aspect of youth sports. According NCAA research data, statistically of the over 3 million high school athletes less than 7 percent compete after high school in all major sports, with the exception of men’s ice hockey which  had  11.2 percent participation for 2015. Those statistics are pretty consistent across Division I, II, and III schools.

They were also much lower for athletes competing after college. The chances of going from an NCAA participating school to  a professional  team was less than 2 percent in all but two categories: baseball 8.6 percent) and men’s ice hockey (6.8 percent). In other words, many youth athletes are not going on to make their sport a full-time career. So what’s the point?

The point is team sports teach people more than just how to make a free throw or how to shoot a puck.They teach people how to accept losses, be good sports, and understand how to work and support others.  The fact that one child gets a trophy for showing up and trying hard does not diminish the fact that another child earned a “real trophy” for winning. It doesn’t make that “real trophy” any less valuable either.

Without participation who is going to pass the ball to your special snowflake MVP? That one kid who wins the “real trophy” is not playing the whole game alone, nor are they playing every game against themselves. Even individual sports require a level of participation that without others to compete against how would you know that you “earned” anything at all?

Many people will argue that giving trophies for simply showing up creates a sense of entitlement in kids. It makes them feel that everything should be handed to them with praises from the peanut gallery even if they don’t try. Children don’t work that way. NEIU Junior and an Englewood community basketball coach and mentor, Vincent McNuckles, believe this wholeheartedly.

“Life is a team sport,” said McNuckles. “It’s not only important what you can do but what the people around you can do as well. And what you guys can accomplish together because that’ll probably be more.”

His sentiments are something I couldn’t agree with more. No one is going through life on an island and even the professionals work as a team. Tom Brady was not the only Patriot to receive a ring for his Super Bowl 49 win. In fact, the NFL gives rings to both teams that play in the Super Bowl – not just the winners!

It takes more than a shiny piece of plastic or a bit of metal on a string to build an entitled kid. However, those participation awards might mean the world to a person who tried their hardest and needs that little bit of extra encouragement.