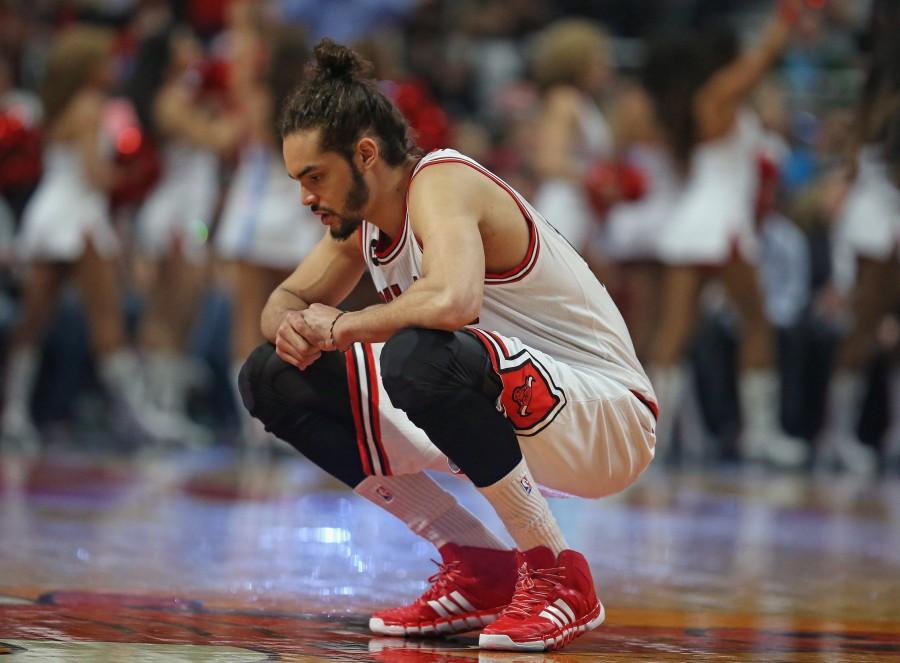 There is a term in basketball, “a trap game,” which alludes to a game in which a team mentally prepares for an upcoming game against a formidable opponent, consequently losing to the easier team they should beat that night.

Prior to beating the Cleveland Cavaliers in an impressive display on Jan. 23, the Bulls lost to the a sub-par Boston Celtics. One night they are turning the ball over 18 times and the next they are shutting down the best player in the game and beating the best team in the Eastern Conference. To borrow a pun from ESPNChicago’s Nick Friedell, they are “UnpredictaBull.”

Head coach Fred Hoiberg is just as befuddled as the fans about the team’s inconsistencies. When asked after the win against the Cavaliers why his team can beat the best but lose to the worst, Hoiberg responded, “You got any ideas?”

Unforced turnovers, poor ball movement and lack of communication all contributed to the Bulls losing seven of their past 11 games going into the Jan. 28 contest against the Los Angeles Lakers, the first of a seven game road trip.

Actually, turnovers, poor ball movement and lack of communication have been the pattern all season. Though the Bulls sit in fourth place in the Eastern Conference, as of Jan. 29, they often play with low energy, which leads to lackluster performances.

The Bulls are capable of being a top-five team in the NBA, even with their constant injuries, because of their depth. However, with the exception of rookie Bobby Portis—who has proved to be an adept player—the Bulls’ bench has been their sore spot.

Nikola Mirotic and Doug McDermott have been struggling all season and they are becoming liabilities on the floor. Teams have been attacking McDermott defensively, leading to easy buckets and growing frustrations. Mirotic told the Chicago Tribune’s K.C. Johnson on Jan. 21 the he is lacking the same confidence that allowed him to finish second in the rookie of the year voting last season.

“I’m struggling a little bit now and not shooting well,” Mirotic said. “I’m not feeling the same confidence I was before.”

Over the past 10 games, Mirotic is shooting 34.2 percent and averaging 8.9 points per game. In his last two games—the win against the Cavaliers and the loss to the Miami Heat on Jan. 25—Mirotic averaged 16 points on 55 percent shooting. During the Cavaliers game, Mirotic snapped out of his slump. The five games prior, he shot 6-for-36. However, he will likely be out until after the All-Star break because of an appendectomy.

Hopefully the convincing win against the Lakers on Jan. 28 is a sign of things to come. With seven games left until the All-Star break, six of which are on the road, the Bulls need to ride the coattails of their superstar players: Pau Gasol, Jimmy Butler, and Derrick Rose.