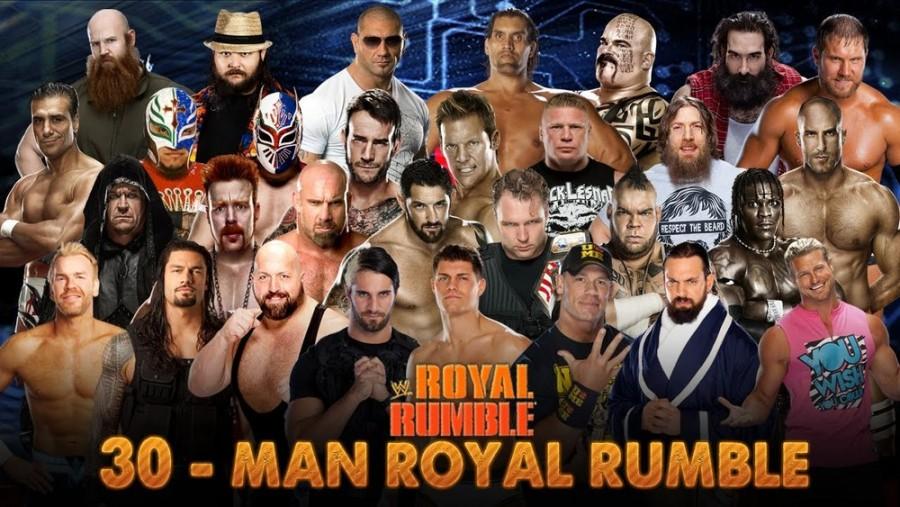 The Royal Rumble crowd in Orlando, Fl. established from the start that they were not supporting current champ and No. 1 entrant, Roman Reigns, in his quest to retain the title. They wanted to see something new, different and fresh.
There weren’t many surprise entrants, but one stood out, The Phenomenal One AJ Styles. For those who don’t know, Styles is the best in-ring performer in the world of the past decade. He recently debuted with World Wrestling Entertainment, Inc. (WWE). This was a big deal and fans in Orlando knew it. His entrance got the biggest positive reaction and his name was chanted louder and more frequently than any other contestant.
Styles’ debut got me so fired up I screamed and jumped around so much I accidentally hit the remote and turned the TV off, which sent me into a panic. I asked my girlfriend to hold the remote because I was so excited. It was the kind of excitement I felt when the Cubs were in the Playoffs. I was deeply invested in the outcome of the match . I didn’t want to see Styles’ feet hit the floor and see my, rather, his dream end.
Alas, after 28 minutes, Styles was eliminated by dastardly Kevin Owens. I would’ve liked to see Styles last longer and get more offense in, but this was a good showing. The crowd reaffirmed to the people behind the scenes they recognize Styles as a superstar. Owens was soon eliminated by fan-favorite and arch-rival Sami Zayn. I hope it leads to a Wrestle Mania match between them.
Anyway, back to the storyline. Reigns was there at the start, then Vince McMahon came out & instructed the League of Nations (LON) to hurt Reigns. LON beat up Reigns, Alexander Rusev smashed him through a table, causing Reigns to be taken backstage for medical assistance. Many fans on Twitter hated this, because they saw it as a way for WWE to give Reigns a cardio break so he could last until the end. This indeed seemed to be the case as Reigns returned as the second to last entrant. Stephen Farrelly, a.k.a. Sheamus from LON was on his way to the ring and Reigns pulled off of his signature moves – an underhand Superman Punch – on him. The crowd booed the Reigns who seemed to be trying to take the easy road to victory for the second year in a row.
The countdown buzzer sounded for the final time signaling the entrance of the final competitor. Motörhead began to play, announcing the arrival of WWE Chief Operating Officer (COO) and 13-time World Champion Triple H.
When Reigns was eliminated it was down to two– Triple H and Dean Ambrose. There was hope for a few minutes, hope that WWE might go off course, crown a new champion, feature a new star and start a new storyline in Ambrose. Reigns is more like Hulk Hogan, John Cena, Tom Brady and Roger Federer. Ambrose is more like Roddy Piper, CM Punk, Conor McGregor and John McEnroe. However, after a few minutes that hope vanished, as Triple H backdropped Ambrose over the top rope onto the floor. Triple H won his 14th World Championship.
Notable highlights from the other matches from came when Ambrose retained the Intercontinental Championship in a Last Man Standing match against Kevin Owens. Kalisto beat Alberto Del Rio in an upset to win the US title, Charlotte retained her Divas Championship against Becky Lynch in a solid match, before she was attacked by Sasha Banks.The New Day villains were cheered for their silly anti-machismo child-like act and retained their Tag Team Champion title against The Usos.