Going for Gold in Rio 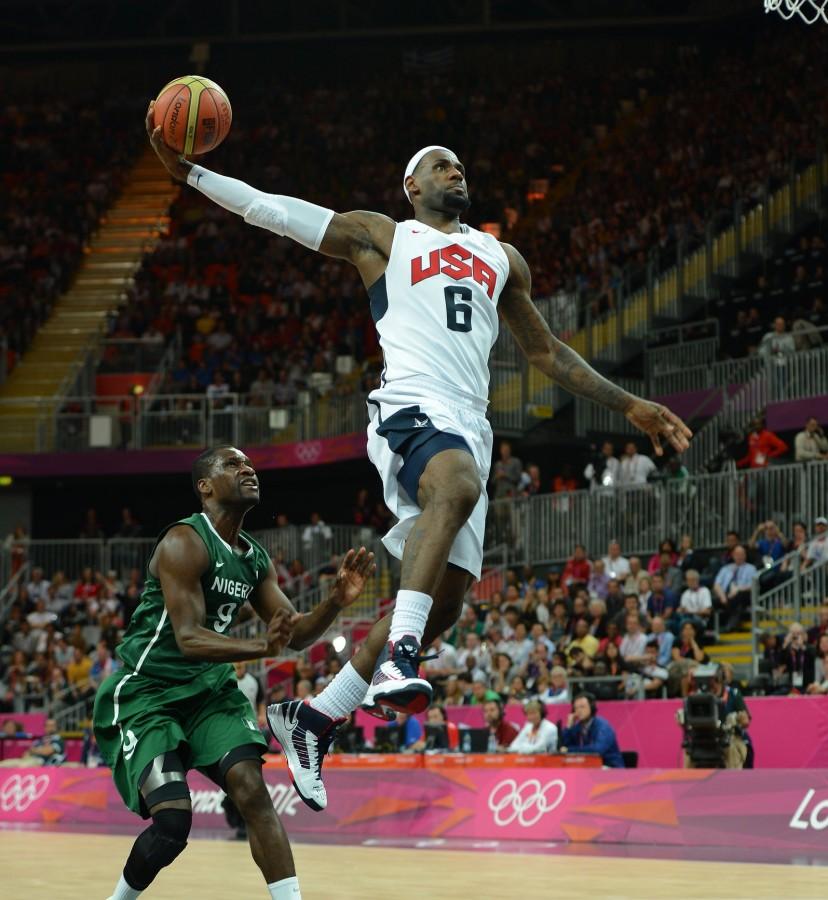 Since 1936, the USA Men’s Basketball Team has held a record of 130-5 in the Olympics. This year the success should be the same.  USA Basketball (USAB) has looked to the NBA to construct arguably the best group of basketball players to represent the country this summer in Rio de Janeiro. The toughest battle these players could face is the next round of roster eliminations.

As of now 30 players have been selected. USAB Chairman, Jerry Colangelo, and Duke University’s Hall of Fame head coach, Mike Krzyzewski, have less than four months to trim this roster down to 12. Players like Carmelo Anthony (New York Knicks), LeBron James (Cleveland Cavaliers), and Stephon Curry (Golden State Warriors) are pretty much guaranteed spots on the roster, as long as they stay healthy.

Anthony has the most Olympic experience out of the group with 72 international games under his belt. His style of play fits into the international scheme. Standing at 6’7 he could play multiple positions on the court, and his lethal scoring ability makes his one of the hardest players to defend in the world.

The same can be said about the league’s reigning MVP and NBA Champion, Stephon Curry. With veteran point guards Chris Paul and Russell Westbrook in the mix to make the team, Krzyzewski has the luxury of moving Curry over to the shooting guard position and running a series of plays for him off the ball. He has the ability to space the floor and hit the open three, which is a key attribute for any player in international play since the regulation size of the court is smaller.

The talent level of Team USA’s guards is this team’s strength, but we can’t overlook the frontcourt players. Anthony Davis (New Orleans Pelicans), Kevin Durant (Oklahoma City Thunder), and DeMarcus Cousins (Sacramento Kings) have a good chance of making this team because of their past experience with Team USA. Back in 2012, Davis was selected as the first player since Christian Laettner to be featured on the national roster as a college player. He has the ability to space the floor, play with his back to the basket, as well as defend the paint. The only downside to Davis is his recurring injuries.

Players that can operate at multiple positions stand out in international play, which Harden, George,  Leonard, and Butler can do.  The latter three are respected around the league for having the ability to play both sides of the ball. George has had a bounce back season since his gruesome injury during an exhibition game in the summer of 2014 with Team USA. It was reported that he had a huge chance of making the team before the injury, and the Pacers’ forward should have an even better chance since his game has improved.

Though Harden’s defense is unimpressive and sometimes a disgrace to his team, we can’t argue at the fact that he’s one of the premier scorers in the league, averaging 27.7 points per game. He came in third in MVP votes last year because he carried his Houston Rockets to the playoffs in the competitive Western Conference. This year he’s averaging around the same numbers on a team that’s slightly better than last seasons.

There’s a few players under the radar on this list that could make the team. Drummond is one of them. Arguably the best center in the league today, Drummond has the ability to average 20 points and 20 rebounds a game. Midway through the season he has a total of nine 20/20 games, the player closest to that record is Howard with two. Drummond is one of the last true centers in this run and gun league, and he has a certain toughness about him that could serve Team USA well.. The combination of Drummond, Davis and Cousins against bigger teams like Spain or Brazil could make Team USA the team to beat again.

Injuries are always the main concern. Some NBA general managers are opposed to letting their players participate, and some players themselves have taken the cautionary approach with these type of situations. Chicago Bulls guard Derrick Rose announced that he won’t participate in this year’s Olympics after going through countless injuries. All 30 players selected have expressed the desire to play for this team, and it’s an honor to be considered to represent  their country. An announcement on who will make the final cut is expected around the end of the regular season.