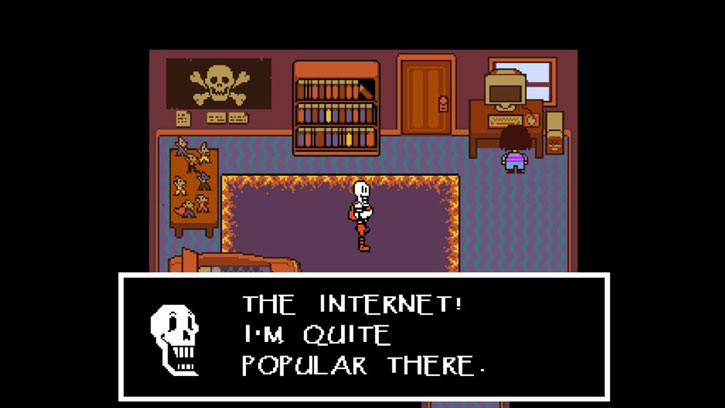 Last year proved to be an exciting time for video games. Not only was the year full of blockbuster releases , but it also saw some huge technological advances, making the future even more exciting for players. And yet, it’s the smaller games that managed to deliver the best experiences.

Here’s a short list of some of the year’s unexpectedly good games:

“Her Story,” Developed by Sam Barlow

While many mystery games guide you through the twists and turns, “Her Story” plays things a little differently. In this murder mystery, players sift through a database of video interviews of Hannah Smith, the wife of the victim. By entering search terms on an old police computer, players unravel the events leading up to the murder while also discovering more about Hannah’s tale.

What makes the game so impressive is its sole actress delivering all of the game’s narrative. Players will start to learn Hannah’s body language and facial expressions, if they play long enough. Through this, players can begin to intuit when she’s genuinely happy, upset or not  telling 100 percent of the truth.

The more Hannah talks into the camera, the more leads the player can search for to uncover the truth of her husband’s murder. It’s a game that respects the player’s intelligence by not holding their hands and letting them find clues on their own.

Sports games aren’t every gamer’s cup of tea. However, when “Rocket League” was released last summer, the gaming world instantly fell in love with soccer, maybe because the game’s definition of soccer is one in which the players are replaced with rocket-equipped cars.

The 3-on-3 gameplay of “Rocket League” is high octane action from start to finish. That’s because the vehicle dynamics and maneuverability allow for some of the most insane moments any player can have with a sports game. The moment of launching the car in the air with rocket boosters to score a winning goal is only topped by the proceeding moment in which a giant soccer ball explodes as it enters the net.

The bombastic tone of “Rocket League” doesn’t stop with the on-field stunts and auto-acrobatics. The whole game revels in its humor, even letting players customize their cars with flags, paint jobs, and hats. There are few games that came out in 2015 that match the energy and fun of a turbo-powered low rider wearing a wizard hat.

There is no shortage of modern games catering to player’s sense of nostalgia. “Undertale” not only manages to be a love letter to games of years past, but is a heart-felt achievement on its own.

On the surface, “Undertale” appears to be a retro-style role-playing game, RPG, complete with pixel art characters and catchy chiptune music, a la “Legend of Zelda.” The protagonist is a young child trying to find their way home after falling into a hole that transported them to a world of subterranean monsters.

However, “Undertale” is much more than just a nostalgia trip. As the game progresses, players are introduced to an ensemble of memorable and silly characters, laugh-out-loud dialogue and some of the funniest moments in gaming. It’s hard to not love Sans, the skelton comedian who speaks primarily in bone puns, or Dr. Alphys, the socially awkward scientist who loves Japanese anime.

Aside from that, this game messes with the player’s expectations. Though “Undertale” features random battles with monsters, the protagonist doesn’t actually have to kill anyone. On top of that, the story breaks the fourth wall and uses it for its own story. All these factors make“Undertale” the most exciting game of 2015.