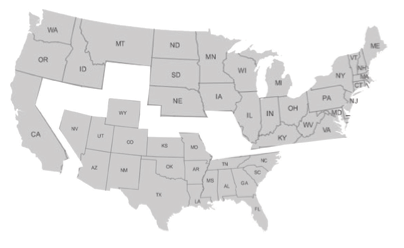 Weeks after President Barack Obama’s re-election, Republicans around the country are still finding ways to come to terms with it; be it waiting for the Ohio votes to come in, trying to justify why their false prediction for Mitt Romey isn’t completely wrong, or simply calling Obama’s win a fluke.

But like they always say: if at first you can’t win, just secede!

Due to the large numbers of signatures gathered in such a short time frame, many Americans say if they’re stupid enough to do it, just let them. After all, who really wants to share the same country with a man who plans on changing his name to Larry Secede Kilgore, with Secede in capital letters? Though it’s not written in the Constitution, history has proven time and time again that it is irresponsible and impossible.

The irresponsible aspect is that most red states that want to secede take more federal aid than they pay in back taxes. For example, South Carolina takes $1.35 in federal money for every dollar paid in federal taxes. Louisiana takes about $1.78 for every dollar. Without federal aid, public schools, small businesses, universities, city workers corporations, and law enforcement would crumble.

Along with losing federal aid, sanctions would be enacted, just like during the civil war. This would include pipelines, Federal blockage of shipping lanes, and truckloads of produce. Many believe this would be impossible due to them being so close, but if it happens with other countries, and it happened during the American Civil War, it can happen again. Just because someone is a neighbor doesn’t mean they have to be a friend.

Even if secession was possible, it’s still considered illegal by the Supreme Court. In 1862, early in the Civil War, Texas seceded from the Union to join the Confederate States of America. After the war, Texas was temporarily governed under the Reconstruction policies of the federal government. That same year, the confederate government transferred funds to private individuals in payment of Confederate supplies and aid. After the Civil War (sometime in 1869) the Reconstruction government of Texas filed a lawsuit to recover state-owned bonds that were still held by the individuals at the time.

One of the buyers of these bonds was George White. White argued that at the time the bonds were sold, Texas was not a state of the Union, therefore they could not use the Supreme Court to file a lawsuit. The Court ruled against White, stating that the transfer of the bonds was not legal because they were not signed by the governor, as required by the federal law at the time. Due to this evidence Texas was able to get their bonds back.

The defendants argued that since Texas had seceded at the time the federal law could not be applied. The Supreme Court later retorted that even though Texas had seceded, they only temporarily lost rights of the Union and not the membership itself. This lead Chief Justice Salmon Chase to state that the constitution created “an indestructible Union, composed of indestructible States.”

Even though the government of Texas committed an illegal act, it was still considered a full-fledged state; therefore Texas could still file suits using federal courts. This was confirmed once again on November 2006, when Alaska’s Supreme Court ruled that secession was illegal.

As hard as those states try they will never win, even if they would have been willing to wave their rights as U.S. citizens. So everyone: Stop crying about seceding! If it’s really that bad, there’s always Canada right across the border.