The Spirit of the Special Olympics 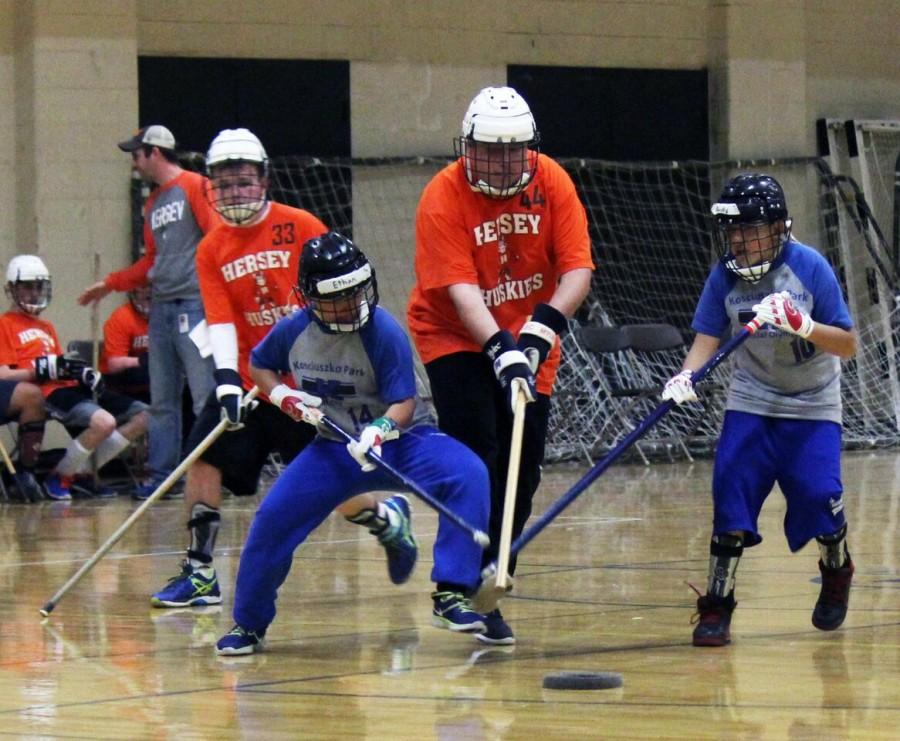 Floor hockey took over the P.E. Complex as NEIU hosted the Special Olympics 2015 State Floor Hockey Tournament on Nov. 15. A total of 26 teams, forming seven divisions, from all over the Chicagoland area, took to the gym in a quest for gold.

Floor hockey is a form of indoor hockey. There is a puck that resembles a felt doughnut being pushed around with a stick to the likes of a broom handle. The tournament consisted of three games being played at the same time. Bullhorns and whistles were the background music of each passing hour and the perpetual cheers from family and friends bellowed throughout every shot made.

“If a person has never been to a Special Olympics event before, they need to go to one and see the spirit of the athletes,” Said Director of Campus Recreation Dave Merrill. “It’s hard to not get caught up in how much these athletes really enjoy the event … how good they really are at the sports that they play.

“These events are a little different just because of the athletes themselves. The spirit and stuff these kids bring to the court or field or whatever sport they’re playing, it’s infectious. It’s really cool to be around them.”

The players’ focus was not on just getting past the goalie, but rather, the sportsmanship. Competitiveness was not a key for the athletes. They shook hands, high-fived each other and smiled throughout the games.

“They are having a blast at their state tournament,” said Vice President of Sports Training and Competition Tracy Hilliard. “They’re getting the opportunity to demonstrate their abilities, instead of when you think ‘special needs,’ a lot of the stereotype goes to the disability. So people are seeing these athletes show they’re just like everybody else.”

Christopher Marques is a goalie for the Independent Wolves, a team within division three.

“I like to watch hockey,” Marques said. “I love playing sports. It’s really fun to be with all your friends and with your coach.

The 25-year-old also said that he has been playing with the Special Olympics for about five years and that he has never been told that there was something he could not do.

The State Floor Hockey Tournament has been housed at the NEIU PE Complex for five years. The event was free and open to NEIU students and all members of the surrounding community.

Athletes train for approximately eight weeks before coming to the state championships and every moment paid off. When it came time to announce the winners, teams that came in first, second and third place received a trophy, but every athlete’s name was announced and everyone went home with a medal.

“I think it’s great to get it out to the university community,” Merrill said. “There’s no downside to being associated with this event, so when that’s the case, why not let everyone know about it.”