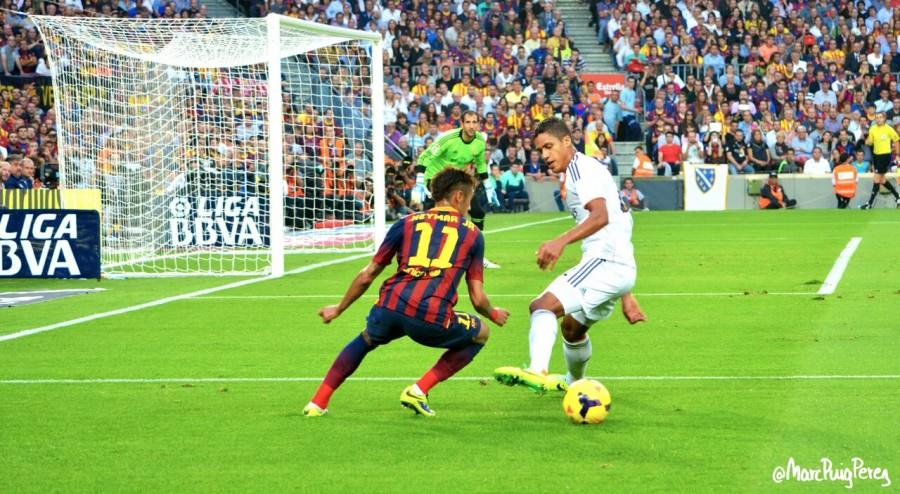 For some soccer fans, Real Madrid vs. Barcelona is the biggest rivalry in sports.

The century old rivalry between Real Madrid and Barcelona will be the main stage on November 21.

This event has at times surpassed the Super Bowl in viewership, and that says a lot for a single sporting event. Two of the most powerful and decorated football teams in the world will face off for the first time this season. No other football event gathers so much global interest as El Clásico, other than the World Cup – that is.

This time around, however, both teams are mired with injuries and some controversies.

Much is at stake for this match. The Spanish League resumes play after the international break (where players head to their National Teams) with this Clásico. Also, the teams are in second and first place, respectively, atop the standings of La Liga.

Real Madrid is coming off of a devastating loss against Sevilla on Nov. 8 which left them three points behind rival, Barcelona. To add to their string of misfortune, Madrid suffered a huge loss when captain Sergio Ramos aggravated his shoulder while scoring Real Madrid’s first goal to a match that they would ultimately end up defeated 3-2.

Furthermore, superstar Cristiano Ronaldo has been under criticism for “failing to carry the team” as stated by some Spanish media outlets such as AS, a popular newspaper among Real Madrid fans. Despite being the team’s all-time top scorer, the star was criticized for seeming absent-minded during the last match.

Barcelona also has a player missing due to injury but it hasn’t seemed to affect them. With Lionel Messi out due to injury, and most likely not playing El Clásico, Barcelona seems to be cruising. Neymar Jr.  and Luis Suarez have picked up the slack for the team and they look to be in better shape than their rivals from the capital city of Spain.

Despite both teams having key injuries and relying heavily on reserves, it does not take away from the magnitude of the event. First place is not the only thing at stake. It’s bragging rights for fans. Any passionate soccer fan will understand this. Also although prohibited, some politics are brought into the game: The Catalans (fans from the Bracelona region in Spain) desire to secede from Spain adds fuel to the fire, or in this case, the Clásico. Again, passionate soccer fans understand.

There is a reason this is the biggest rivalry in sports: it brings the best and worst out of fans that want to claim they have the best team in the world.

Real Madrid and Barcelona amass for millions of dollars in revenue, are always on top of rankings and sales, and are also always competing deep into European tournaments. So will fans see a lackluster game due to superstars missing the game? Or, will the not-so-superstars play with passion and uphold the history of this rivalry?

Regardless of who’s rooting for whom, and whatever happens on and off the field, Soccer always wins. It is a great spectacle that gathers millions of friends and strangers together for at least 90 minutes.