November is For Remembering 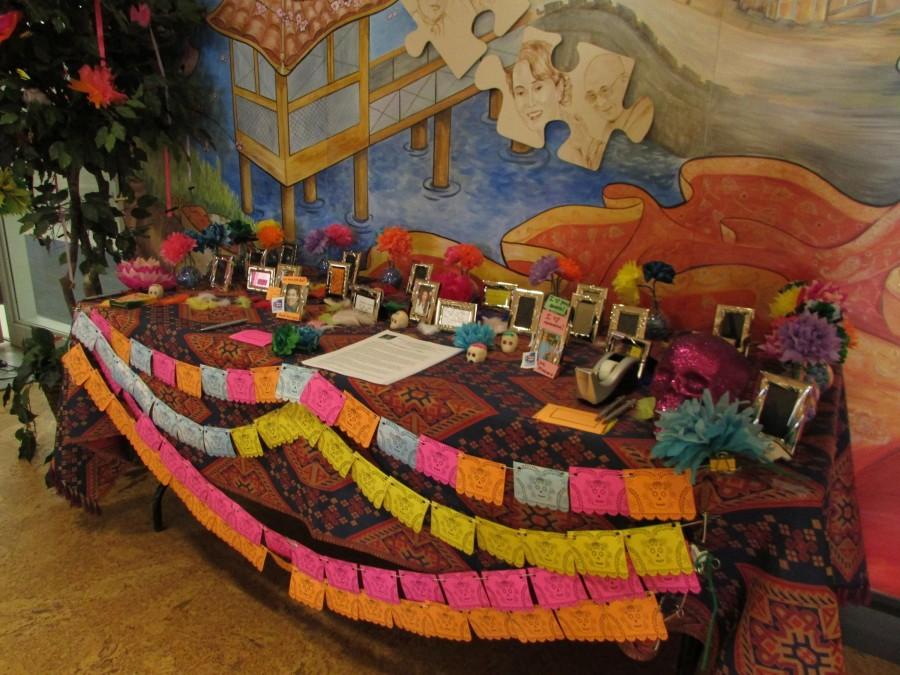 All Photos by Viviana Serrano 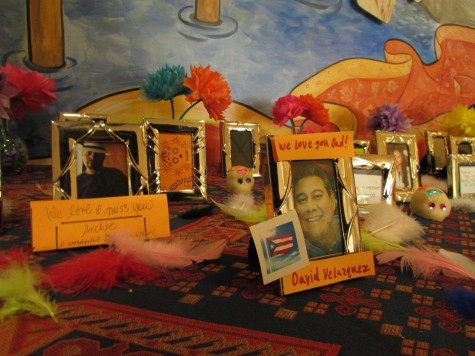 Through the Angelina Pedroso Center, the NEIU community is welcome to participate and celebrate the Dia de los Muertos Community Altar.

El Dia de los Muertos (Day of the Dead), a Mexican holiday in November, celebrates the memory of deceased loved ones.

“The altar that we have is very much acknowledging the way the Mexican community honors the dead,” said Maria Genao-Homs, executive director of diversity and intercultural affairs.

The traditional Mexican altar is displayed on a table, and sometimes it has multiple tiers that are draped in cloth. The photo of the deceased person is placed in the center of the table and items such as the person’s favorite food, drink and mementos decorate the altar. It is also common to see images of saints; toiletries, like a mirror; sugar skulls; pan de muerto, to symbolize the departed; candles, as a welcome to the spirits; and marigolds, yellow-orange flowers which symbolize death.

The picture frames have an opening of 1 5/8 inch by 3 inches and are available upon request. The frames on display at the altar include the name of the person being honored with additional notes of remembrance.

The altar is accompanied with a tree decorated with paper flowers, and clipped to its branches, are more pictures of the deceased and poems. As far as decorating the altar, the center is accepting of the offerings students and faculty want to display next to the picture of the deceased.

“Anything is allowed. Folks can just bring pictures or ofrendas (offerings) or any kind of memorabilia that acknowledges the person that they want to be displayed on the altar,” said Genao-Homs. “Whatever is on that table is preserved as it is set.”

The altar will be kept on display until the end of the month.

According to Gay & Lesbian Alliance Against Defamation (GLAAD), “Transgender Day of Remembrance (TDOR) is an annual observance on November 20 that honors the memory of those whose lives were lost in acts of anti-transgender violence.”

Transgender Awareness Week is Nov. 14-20 and “individuals and organizations around the country participate…to help raise the visibility of transgender and gender non-conforming people and address the issues these communities face.”

“We will acknowledge Transgender Day of Remembrance through a ceremony that’s going to be held on Nov. 19 from noon to one-o-clock,” said Genao-Homs. “It’s open to anyone and everyone in the campus community, and its going to be a ceremony to remember folks of trans and gender non-conforming identities that have passed away.”

In the future, Genoa-Homs would like to see the celebration of the dead represented by different countries.

“We want to expand our horizons of the campus community and understanding that this isn’t just the sole way to celebrate the dead,” said Genao-Homs.