The Cup that Stole Christmas 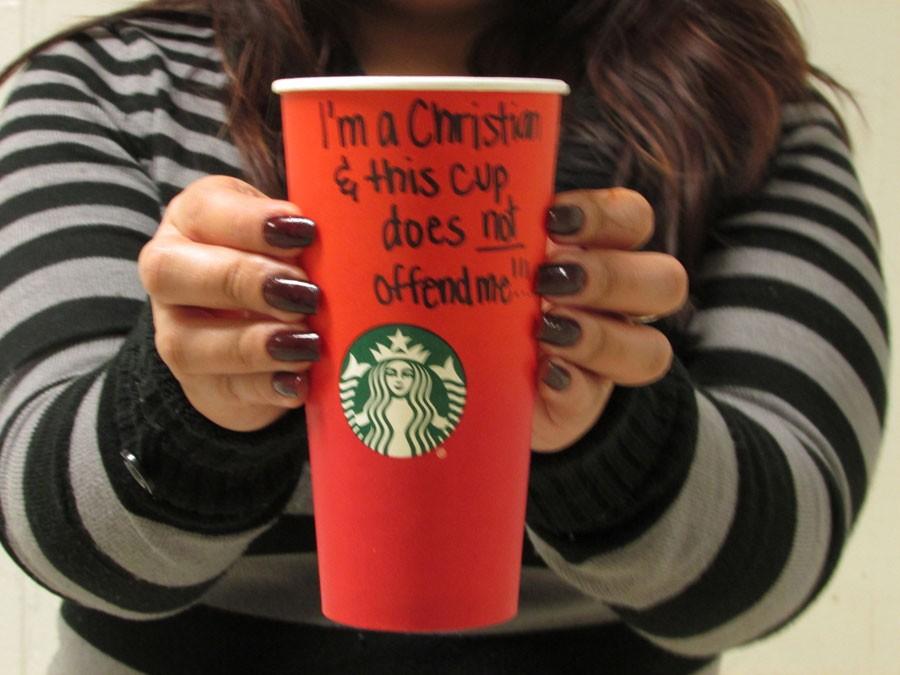 The solid red cup has been seen in the holiday season since 1997.

On Nov. 1st of this year, many individuals were offended on a personal level. These individuals felt that it was necessary to add to the list of problems existing in America. On a list of current things to be offended about stand: Poverty, cancer, Climate Change, and even Donald Trump. When Starbucks went into their annual Holiday look, they went onto that list. Not for starting the season too soon, but for introducing an all-new red cup.

Rather than appreciating the company’s efforts of going out of their way to promote holiday cheer, some customers are completely outraged that the cup isn’t festive enough. The red cup controversy is being spoken about by a number of people.

Starbucks has been pouring its life-giving coffee and other various delicious beverages into the vibrant cups every holiday season since 1997. Why did it take eighteen years for someone to decide it was purposefully offensive? Why is the decoration of a paper-fiber and plastic cup so heavily meaningful all of a sudden?

It seems as if people deliberately look for a reason to be upset, and it all started with a popular nobody who took to Facebook to rile people up about it. While the rest of the world is dealing with massive issues, Americans have forgotten about all of their more important problems and have decided to make passionately arguing over a disposable beverage container, provided by a billion-dollar company, their main priority.

It’s always a relief to know that some people still have a sense of humor when it comes to dealing with the common sense and gratitude other people lack.

Comedian and talk show host Ellen Degeneres made a few comments to her audience a few days after the red cup controversy gained popularity. “The old cups had snowflakes, and Santa’s sleigh, and elves,” she said. “You know, all the things you find in The Bible.”

When Americans cry over the lack of “ho-ho-ho” and festivity on a plastic cup, they are not only forgetting the real problems of the world, but they are also forgetting that America is a country filled with people from all over the globe and that not everyone celebrates Christmas.  And for those who do, why allow the design of a cup to make or break the holiday spirit?

Well, since the appearance of a beverage container is that important to some (even though the cup is usually carelessly tossed out after a few minutes), companies, such as Starbucks, should encourage their baristas to begin handing out Crayola products with each warm beverage. Each unappreciative and childish customer can freely decorate the cup to match up to his or her festive expectations.

And that way, as soon as each ungrateful customer has finished doodling elves, mistletoes, and little snowmen all over his or her cup (because apparently, according to such customers, those things make a person more Christian) he or she will be too busy sipping and slurping to bother anyone with nonsense about a cup and its lack of Christmas spirit.