Chicago: A City in Silence 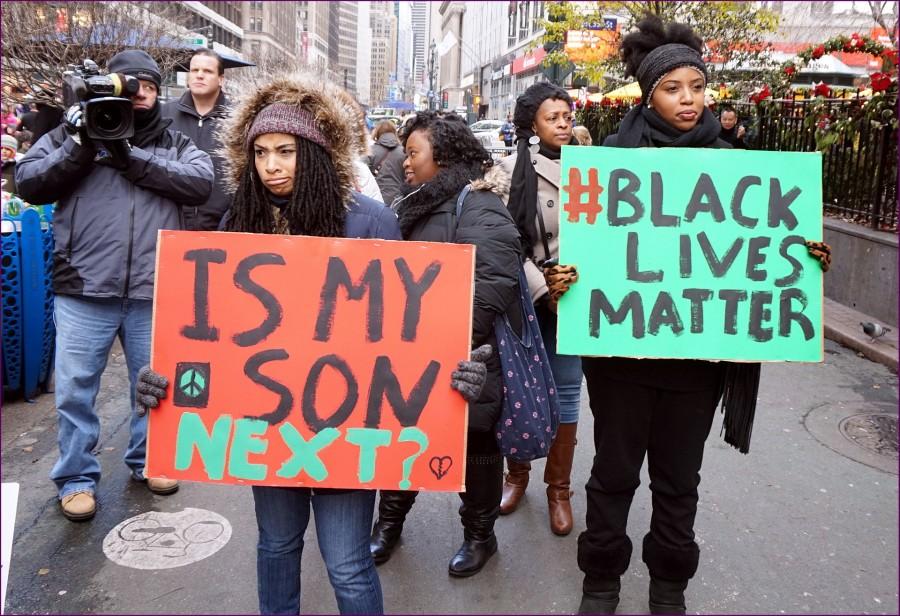 Protesters took to the streets of New York City in response to the Black Lives Matter movement.

When Michael Brown was killed last August, Ferguson went up in flames. Literally. This city in Missouri was all over the news as peaceful protests escalated into riots. For those unfamiliar with the story, Officer Darren Wilson, who was later acquitted, killed Brown.

Beyond the riots this incident caused, it made a way to address the relationship with law enforcement officers and citizens in America. This case sparked such an uproar, that even to this day, the mere mention of Ferguson is enough to cause debate.

I remember watching this story develop on the news. I remember reading President Obama’s statement on Brown’s death urging the people of Ferguson and the world to “comfort each other and talk with one another in a way that heals, not in a way that wounds.” It was a sentimental move by the nation’s leader to address this incident.

I also remember hearing and seeing social justice activist Al Sharpton in Ferguson. His words, “until justice shows up, I intend to hang around.”

By the time this prints, more than two weeks will have passed since Chicago’s crime hit a new low (pun most definitely not intended). On Nov. 2, a nine-year-old by the name of Tyshawn Lee was allegedly lured into an alleyway and executed in Chicago’s south side.

Perhaps because this city’s violence is the one consistent piece of news, we’ve become desensitized to it all. News breaks of a shooting and Chicagoans no longer beg the question of why, but rather where? And how many this time?

I was devastated when I heard the news, and I hoped there would be some type of outrage or protest from the community, the social activists, anyone, someone. Instead, the “code of silence” went into effect and the police are still looking to make an arrest.

The biggest story about Lee has been his mother allegedly using the money raised for Lee’s funeral to pay for other expenses. The fact that that’s what is offending people is outrageous. There is justice waiting to be served here, and no one seems to care.

Lee was buried on Nov. 10 and I still heard nothing from any of the social activist “leaders” urging anyone with information to speak up. No statements from the president either. Not to take away from the Brown incident, but where is the outrage for Lee? Where is everyone?

How easy to fuel the flames on a fire already started. There has been no justice for Lee, and no one seems to be hanging around for it either.