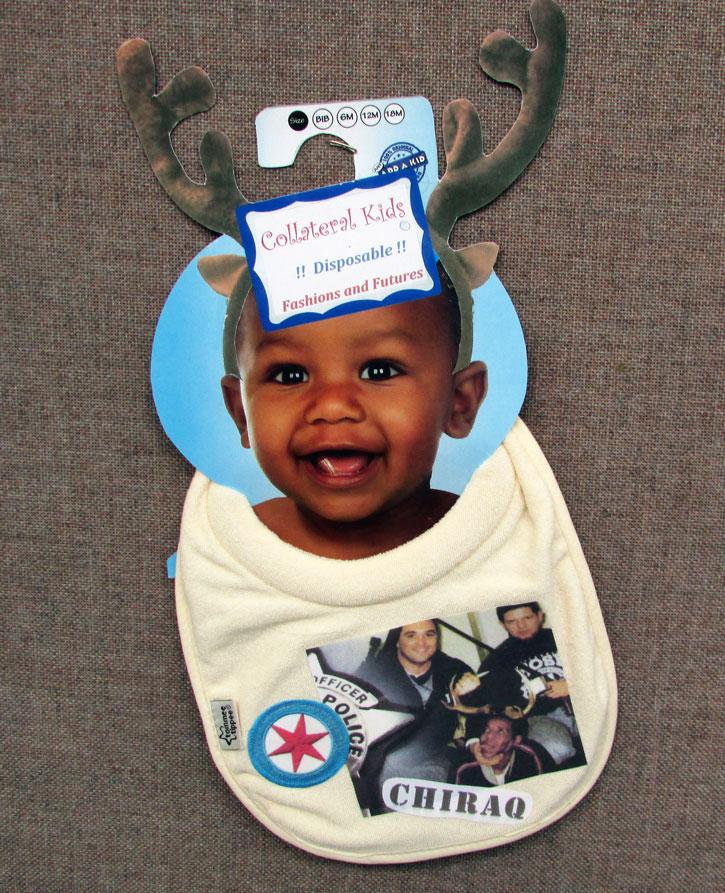 "Collateral Kids: Disposable Fashion and Future" delves into the issues of violence that children are exposed to.

NEIU hosted the 6th annual Arts in Response to Violence Conference where artists came together to teach, create and critique against modern day violence. Their response was loud and clear.

Jenny Hereth, uses art as a means of healing current day violence. Judy Sutherland an art therapist uses art as a method of enhancing a feeling of belonging. And author Britteney “Black Rose” Kapri uses the art of poetry and spoken word in order to find a voice within. All of these women took roles in the 6th annual Arts In Response To Violence Conference hosted by NEIU.

Jenny Hereth who is an art professor from College of DuPage, started her presentation with an introduction of how she got involved in creating art that provides a commentary to current day violence. It started when one of her students came to class ready to discuss the 147 student massacre that went on in Kenya.

“What are we going to do; you told us we had to do things about these things in the world.”

Hereth recounts of her student’s statements.  What they did was a reenactment of what took place in a Kenyan college campus. Hereth and her 14 students laid down in the lobby of their college campus, they sent enacted they were doing and anyone interested could join them. They eventually had 300 people involved in this reenactment.  Hereth continued the presentation with an art series she calls “Collateral kids- Disposable fashion and future.” The series theme deals with police violence among young black males, and females from the Middle East being abducted and sold off as suicide bombers.

Next was a workshop with art therapist, Judy Sutherland. Sutherland explained that the exercise the class would take part in was founded by Tee Dreikurs, who during the 1920s taught art to delinquent children. Dreikurs, who ran out of drawing paper one day, asked the children to find drawings that they did not care for and tear them up but with energy, even anger, so they could use the torn pieces to make collages. Sutherland then urged the class to participate in ripping apart posters that were strewn about. The purpose of this was to then glue the shredded pieces onto a larger piece of paper, the canvas. This was collaboration between everyone in the room in creating three collages. Once the collages were finished there was a class discussion and critique.

Lastly there was a poetry workshop with Britteney “Black Rose” Kapri. She started the workshop by playing the song “Strange Fruit” by Billie Holiday over the speakers, she then asked the class, “So what is ‘Strange Fruit’ about?”

She then read a poem by Gary Jackson titled “Magneto Eyes Strange Fruit”.

“Any thoughts?” she asked.

“Strange Fruit” by Billie Holiday is about the lynching of black bodies and how they begin to resemble strange fruit while as the song describes, “swinging in the southern breeze.”

“Magneto Eyes Strange Fruit” is about a comic book character, who upon coming across two lynched brown bodies feels the urge to use his superpowers and destroy the world in rage over these bodies. Kapri then has the class write a poem. A poem based on themselves if they were superheroes; what would their name be, what would they be fighting against, would they be a hero or villain?

“How does your superhero fight the things that you don’t stand up for in your own life,” asked Kapri.