What a Wild Tavern 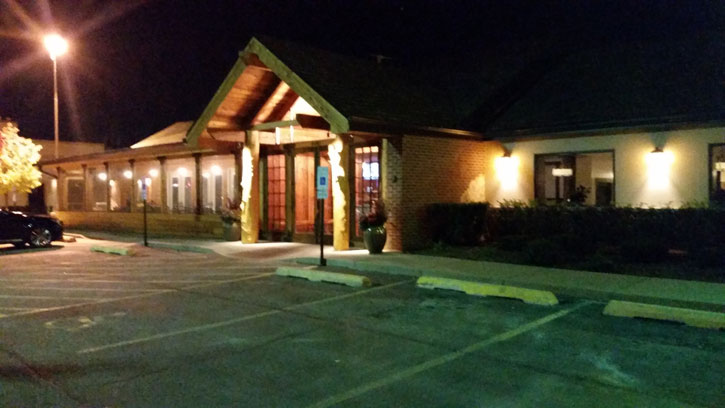 The Wildwood Tavern at night.

Mark Freedman had lost both his father and his father’s restaurant on the same day. Now the son of the owner of the famous Chicago restaurant Myron and Phil’s has opened his own restaurant at the corner of Touhy and Caldwell Avenue called Wildwood Tavern.

Freedman’s father had died at age 95 after struggling with dementia for the last five years of his life. The day he died, an electrical fire caused the restaurant to burn down. Freedman had only discovered of his father’s death after the restaurant fire.

Freedman said that opening his own restaurant has given him “a fresh start.”

Wildwood Tavern has very welcoming and attentive staff. One in particular, Frank Goetz, was friendly and eager to offer his recommendations of the entrées served or help the customers to decide what to order. Goetz was also accommodating of any change or request to any dish.

Though the menu is a bit pricey, the portions are quite substantial and some fairly large. Most dinner plates range from $18 to $19 but some go as high as $28.

The BBQ chicken—that can be served with mashed potatoes or fries, coleslaw or a side of broccoli as well as a slice of homemade cornbread—was a large half chicken on the plate made with house-made BBQ sauce.

They have two kinds of brisket, braised and smoked with BBQ sauce, both of which are great but if you want something a little tender, go with the braised. They are both served with fries or mashed potatoes that are topped with gravy. It is also served with a choice of soup or salad.

Myron and Phil’s was known for a more sophisticated menu but Freedman wanted to expand and have family options and far lower prices than his father’s restaurant. So he has added more casual dinner items such as sandwiches and pizza.

One of Freedman’s friends walked in his restaurant before it opened and said, “I’m going to teach you how to make a pizza.” Now pizza is a big part of Wildwood Tavern’s menu.

They still have a famous dish that was served at his father’s restaurant called “The Supper Club Starter Platter” which is now an appetizer at Wildwood. There are also a few other items on the menu that honors his father’s restaurant such as “Myron & Phil’s Braised Brisket of Beef” and “The Original Myron & Phil’s Skirt Steak” which have also been incorporated into sandwiches.

Drinks here may run up the bill so if you still want something to quench your thirst that’s full of flavor, try “Charlie’s ‘Left’ Out in the Cold Mocktail” which is non-alcoholic and costs only three dollars. It was named after Freedman’s youngest son who is only 15.

There are two ways Charlie’s drink can be made but for convenience they usually serve the simple version which is composed of lemonade, cranberry juice, and Sprite. However the original drink was made with pineapple, cranberry, orange juice, grenadines and a splash of Sprite which has more of a punch and almost tastes like a real cocktail.

Freedman said that he has been excited since they have opened and that Wildwood’s staff is making progress every day. He said they always try to accommodate to their customers requests as much as possible.

Stop by Wildwood Tavern for great BBQ, pizza and other delicious dinner items, as well as friendly service.