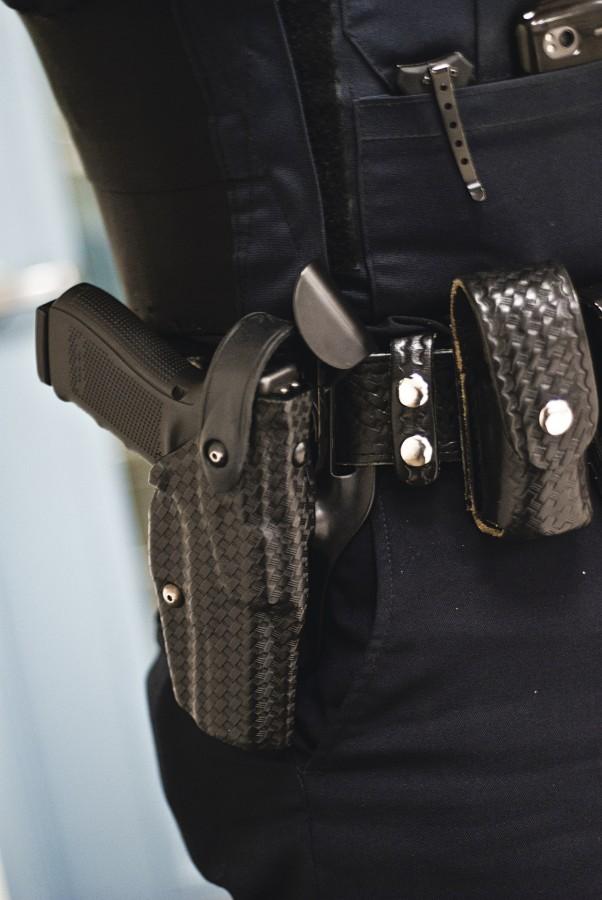 The recent large-scale shootings across the U.S. have brought the issues of gun control and gun sales regulation to the forefront of conversation and legislation. Also under scrutiny is the troubling availability of guns to people with known psychological problem such as James Eagan Holmes. Holmes took a gun to a Century movie theater in Aurora, Colorado; and shot 70 people, killing 12 and injuring 58. The next shooting that the public was aware of was the shooting at Sandy Hook Elementary School, located in Newtown, CT; which also brought a light to the public’s eye.

20-year-old Adam Lanza used household guns to kill his mother before going to Sandy Hook Elementary School. There he killed 20 children and six adults. Lanza was known to have social and behavioral problems thought to stem from a condition called Asperger’s, soon to be part of the spectrum of Autism. According, to Sgt. Frederick Brehmer of the Northeastern Illinois University (NEIU) Police, “What happened in the Adam Lanza shooting situation was very sad and tragic. He was told by his mother that he had to go to a mental hospital. Well, Adam didn’t like that and took a gun and went to the local elementary school and shot the kids.”

“With so many incidents steering from mentally unstable people having access to guns, the question now is what’s happening to America with the mental people out there?” Sgt. Brehmer continued. “What’s happening now is that some of the mental hospitals are being closed. In fact in Illinois they are closing a lot of mental homes, because of the money.”

There will be 14 mental hospitals being closed this year, and the reason for that; Governor Quinn says it will save the state $100 million dollars a year. Tinley Park hospital closed and there are also maximum security prisons being closed as well. Tamms Correctional Center, one of the local maximum jails in Tamms, Illinois will be closing soon. “So what happens with the people that are in Tamms jail, they are going to go to Joliet jail which is the general population, and the mental institution patients are being pushed out because there is no more money for mental institutions to take over care of the patients,” Sgt. Brehmer explained.

Last month on Dec. 15, 2012 15 situations and the lack of funding for mental health care point to a need for more regulations on gun control. The Second Amendment gives citizens the right to bear arms, mostly for protection from invading forces. Sgt. Steve Johnsen, an NEIU police officer said, “If you take away the First Amendment that’s been in the constitution since 1791, then you need to take away the First Amendment which is the freedom of speech. It’s not right to regulate or take any amendments because we live in a democratic world.”

“We are dealing with a complex situation. If we take away from the Second Amendment, then we can’t protect ourselves from criminals. What we are also dealing with today is that the mental patients are becoming shooters in America. You see that Adam Lanza was told by his mother that he was going to be sent to a mental hospital. The next moment you see Adam gunning down 20 children and six adults. This is not a normal behavior, but we can’t take away the Second Amendment because of just this shooting and the other shootings like the movie house in California. There are a lot of ways that people can get guns. One legit person can go, and buy a gun and then sell it or it gets stolen by a criminal or mental person.”

So since the shooting, the ATF (Bureau of Alcohol, Tobacco and Firearms) and other government agencies are trying to figure out what needs to be done with this situation. Still, like most of the NEIU Police at our school put it, it’s a complicated situation. If we need to make sure the maximum protection criminals are in jail and the general populations is still in jail, we need a plan of action to be formed or addressed about the mental health in the U.S. and a wake up in defending the social services.