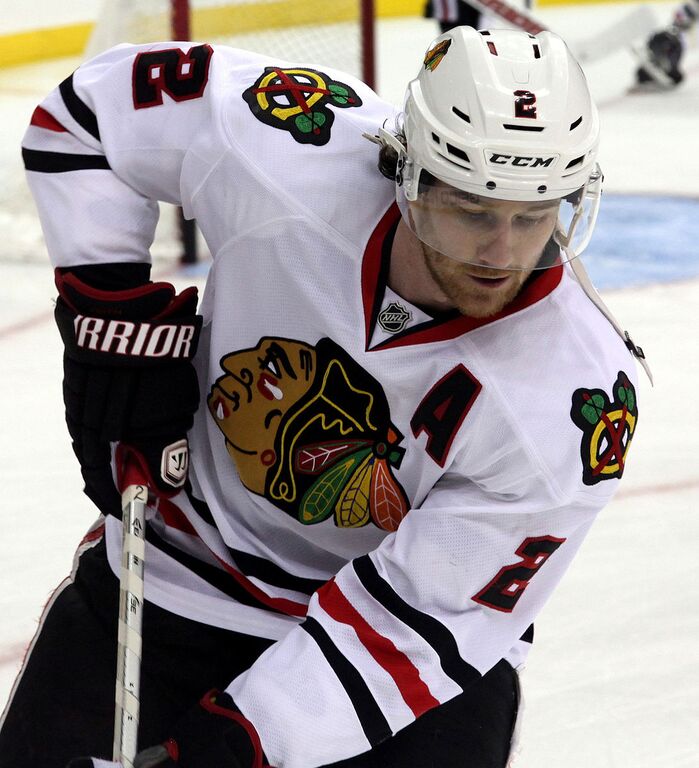 If the Blackhawks can stay afloat during Duncan Keith's absence, they should be able to continue to push for a championship season.

The Blackhawks encountered an early test of character and strength against the Florida Panthers Oct. 22, their first game without defenseman Duncan Keith. The reigning Conn Smythe winner, and the team’s best defender, will be a spectator for the next four to six weeks after undergoing surgery to repair a torn right meniscus.

He was placed on long-term injured reserve Oct. 21, and will be out a minimum of 10 games and 24 days.

Keith, the Hawks’ leader in ice-time at 24:21 a game, has notched two assists in six games so far this season. Last year during the playoffs, he averaged just over 31 minutes of ice time per game for a team that was thin along the blue line.

The loss of Keith is a mammoth blow for the defending Stanley Cup champs. Not only is he one of the top defenders in the league, he also proved to be a work-horse game after game leading the team in average ice time since 2005-2006, his first year in the Blackhawks’ organization.

The Hawks have remained strapped defensively and financially sending both their top defensive prospects — Stephen Johns and Michael Paliotta — to Columbus and Dallas, respectively.

Placing Keith on Long Term Injury Reserve (LTIR) opens up more than $5 million in cap space allowing the Hawks to acquire reinforcements if they so choose. There have been rumors floating around that they are interested in another defensemen after Trevor van Riemsdyk, David Rundblad, newly acquired Trevor Daly and rookie Viktor Svedberg have shown signs of inconsistency.

“Not likely,” Quennville said to the Sun-Times. “I think we’ve got a good group here right now. That’s what we’re expecting to go with right now. I don’t think there’s anything really brewing as far as we’re concerned, or know about.”

The Hawks still have some defensive depth with Ville Pokka and Kyle Cumiskey — the latter logged some minutes last postseason — so making a move this early in the season might be jumping the gun a little bit, unless the deal is right. Prior to the game against Winnipeg Oct. 29, the Hawks recalled defenseman Erik Gustafsson from the Rockford Icehogs, the local affiliate. He was active against Minnesota the following night and recorded an assist.

Keith’s presence is sorely missed as the Blackhawks are struggling with their transitions from defense to offense, which is hindering their chances at setting up their zone attacks effectively. Failure to clear the puck out of the defensive zone is a reason why they lost to Winnipeg.

Well, that, and their inability to score at even strength. With 9:13 left in the second period against Minnesota, Oct. 30, Toews netted his second goal of the night, ending a 5-on-5 scoreless drought that lasted 266 minutes, 45 seconds. The previous goal scored, when both teams had all men on the ice, was during a loss against Washington on Oct. 15.

The Hawks are 3-2-0 through the first five games of Keith’s absence. Coach Q will continue to juggle lines and assign players different roles throughout Keith’s injury. The one benefit of this injury is that it happened early in the season while teams are still searching for their identity.

If the Hawks can pass this test, they will continue to be a force in the NHL.