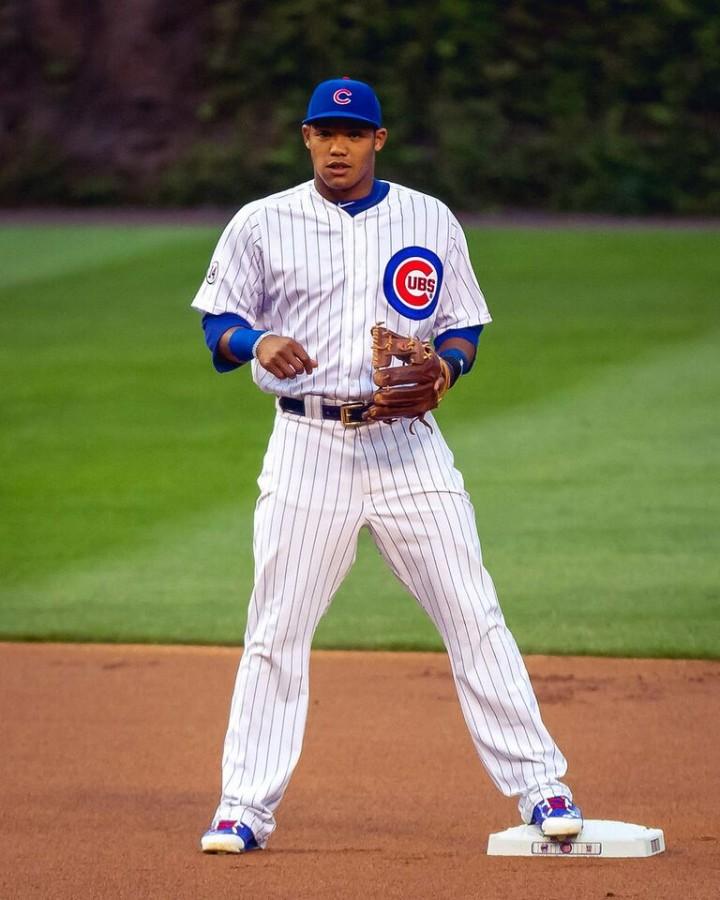 Although ruled out for the NLCS, rookie Addison Russell has been key in the Cubs' success this season.

The Chicago Cubs made history and it was not with a World Series win, yet. The Cubs managed to eliminate their arch-rival St. Louis Cardinals and win a postseason series victory at home for the first time ever.

With the Cubs up 2-1 in the series, Jason Hammel was chosen to start Game 4 of the National League Division Series (NLDS) against a short-rested John Lackey. Lackey, who shut out the Cubs for almost eight innings in Game 1 tried to reproduce the same type of performance, but this time the Cubs were ready.

Hammel started off the first inning giving up a two-run homer to Stephen Piscotty, but in the second inning with two outs and runners on first and second, Hammel redeemed himself by singling up the middle to score Starlin Castro, which cut the Cardinals’ lead down to one. Javier Baez then stepped up to the plate and cracked an opposite field home run on a first pitch fastball, giving the Cubs a 4-2 lead.

The scoring would go silent for the third, fourth and fifth inning. In the sixth the Cardinals attempted their comeback. Jason Heyward singled off of pitcher Travis Wood and Jhonny Peralta did the same off of Trevor Cahill, who came in to relieve Wood. Then, with two outs and two on, backup catcher Tony Cruz, playing for the injured Yadier Molina, doubled and scored Heyward making the score 4-3. Brandon Moss then pinch-hit for pitcher Adam Wainwright and singled to right scoring Peralta. Cruz would try to score as well but Jorge Soler would gun him down at the plate for the last out of the inning, leaving the score tied at four.

In the bottom of the sixth, first baseman Anthony Rizzo responded to the Cardinals’ runs by crushing a homer to deep right field off reliever Kevin Siegrist, making it a 5-4 game. The score would remain the same until the bottom of the seventh when Kyle Schwarber went up to the plate and blasted a 419ft moonshot home run to deep right field — landing on top of the Cubs’ new scoreboard. The Cubs decided to preserve the ball with a plexiglass encasing and leave it there until the end of the playoffs as a ovation to the home run.

After a silent eighth inning, it was closing time. With Cub fans cheering and their hearts pounding, Hector Rondon came on in the ninth inning and closed out the game, striking out Piscotty with a slider in the dirt, securing the Cubs’ first ever postseason series victory at Wrigley Field.

This amazing baseball story, not just this game but the Cubs’ season in general, is something very important and it’s crucial that we take these moments in as baseball fans – especially as Cubs fans.

Why? Because is history in the making. It probably feels surreal right now, considering the fact that these kinds of things never happen to the Chicago Cubs. That’s the great thing about it; the Cubs are metamorphosing from the “lovable losers” into the lovable winners.

After a century of losing and being let down, Cubs fans all over the world are beginning to believe “#WeAreGood.” There is no room or need for negativity, no time for thinking the Cubs can’t contend with a specific team. There is only room for positive thinking because this team has shown they can overcome adversity and withstand any pressure placed upon them.

Let there be more W flags placed around the city of Chicago and the state of Illinois. Let there be more home runs that require helicopters to find missing baseballs. Let Cubs fans continue to hear the Go Cubs Go song from miles away. Let the Back to the Future prophecy come to fruition. Let us cheer our Chicago Cubs on to a World Series championship.